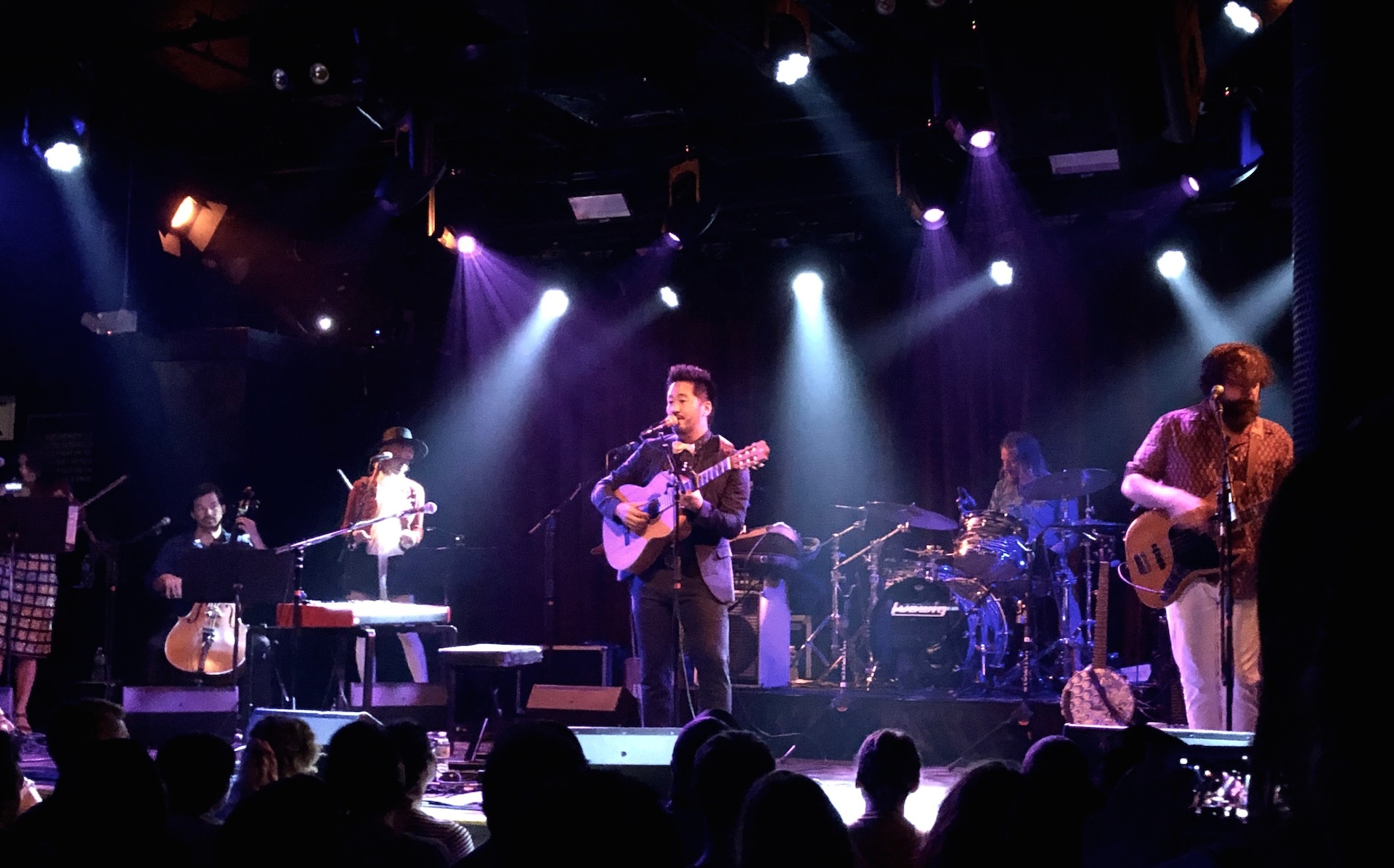 I can’t prove this, but Kishi Bashi seems like the type of person who, at a young age, would witness an injured animal in the wild and do what he could to save it. He likely fought the injustice of bullies while excelling at school: Music, science, math, and according to his latest album and Thursday night (June 20) show at Boston’s Paradise Rock Club, he probably excelled in history, too.

So, there’s no question that Kishi Bashi is objectively interesting. If Cornell-engineering-dropout-turned-renowned-violinist doesn’t raise an eyebrow, his newest album explores empathy in the form of songs about Japanese American incarceration during WWII. Many musicians write songs about complicated historical events; few write entire albums as love songs to their own culture.

All of his interests and talents spilled onstage at the Paradise on Thursday. He led off the show with “Penny Rabbit and Summer Bear” from his latest album. Like a lot of Kishi Bashi’s songs, it’s sonically light and airy with fun pop synths sprinkled throughout, but the lyrics hit harder: “When will we ever become one? / Must I suffer days to come?” The song was a sweet appetizer for a show oozing with music about America’s dark history.

Two songs later as he prepared to play “Angeline,” he grabbed an acoustic guitar, approached the microphone and laughed. “I studied jazz at Berklee. They’d kill me if they saw me now,” he joked. The audience laughed, so he took a breath and explained, with a sigh, the premise of the upcoming song: Convict leasing during the Jim Crow Era of the South, which FDR abolished.

Most of the songs that night followed suit: A lightness followed by the heaviness of the song’s content matter (Japanese internment camps, Jim Crow, the political complexities of FDR). Ultimately, Kishi Bashi’s warmth and clear optimism kept the Paradise cheery — a precarious feat that not many musicians are able to balance.

With five other musicians onstage, Kishi Bashi rolled through a few more songs teetering on cinematic and playful. For his sixth song, he introduces “Theme from Jerome,” a song about a Japanese internment camp in Arkansas where civilians were banned from accessing Japanese literature. “To abandon one’s culture is something I could never imagine doing for myself… it’s heartbreaking. Like a grandfather who can’t communicate with his grandson.” With that, Kishi Bashi’s father comes onstage with a saxophone — a strong statement of familial support and generational strength. The song’s melody is based on a Japanese lullaby; Kishi Bashi and his father lulled the audience to a communal sense of serenity.

As Kishi Bashi played through the majority of his album — largely political tunes about World War II — the audience’s mood remained impeccably upbeat. Enough so that, by the end of his set, he was able to play his dancier songs including “The Ballad of Mr. Steak”

The audience danced to “Honeybody,” an airy love song with a goofy beat, as he ended his set. It wasn’t quite a resolution, but much like Kishi Bashi’s personal complexity, the crowd left holding a physical excitement while chewing on something much, much deeper.