Live Review: Spencer Krug strips it all down at Cafe 939 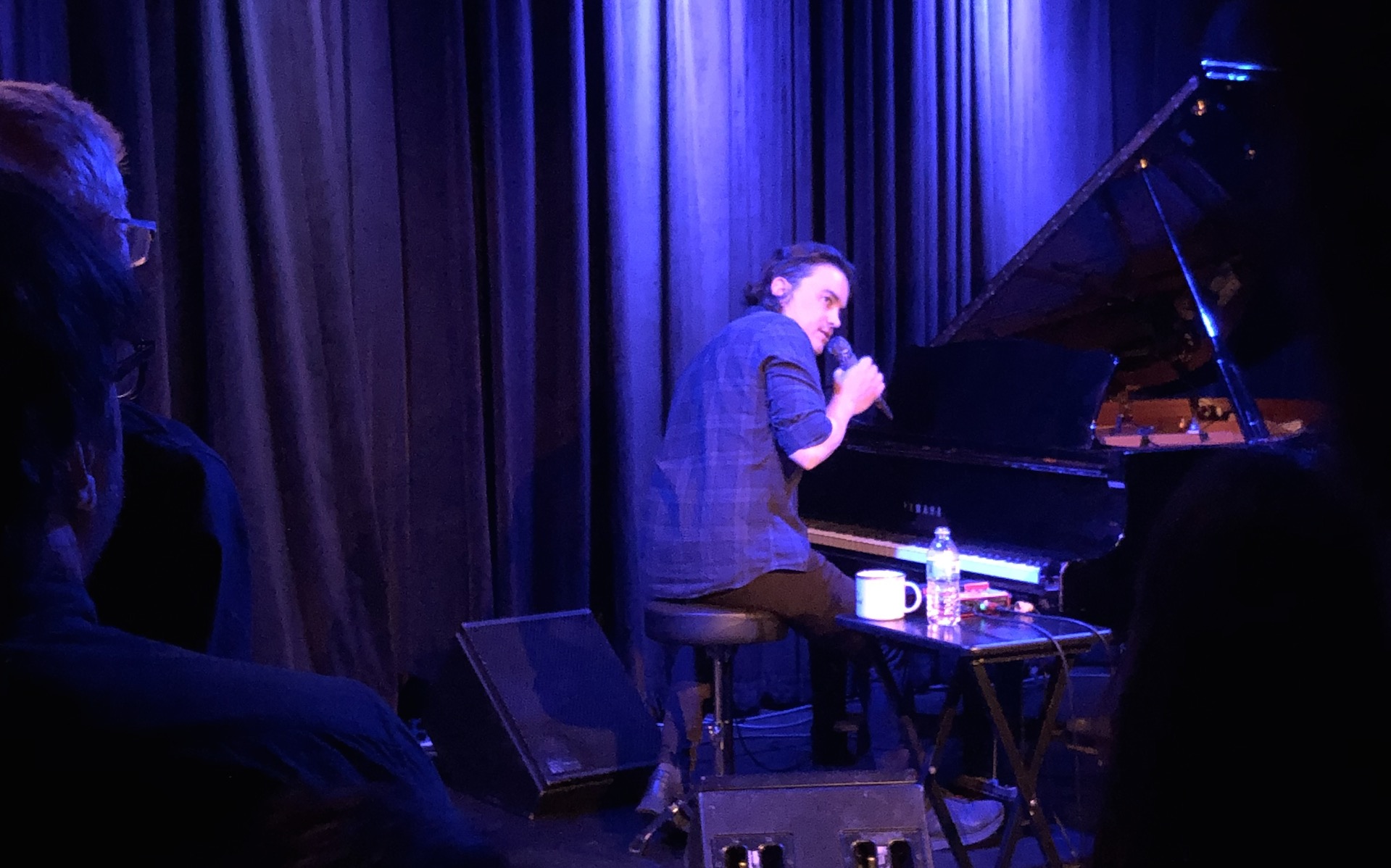 The saccharine serenity that has become synonymous with Spencer Krug is both intense and all-consuming. His delicate and distinct vocal nature imbues emotional complexity and detailed portraits of the people — and memories — closest to him despite how difficult it may be. Krug’s ambitions are sometimes too cinematic even for him, though. From Wolf Parade to Frog Eyes to Swan Lake to Sunset Rubdown to Moonface, Krug is constantly overflowing with experiments in an attempt to figure out exactly who he is during certain moments in his life.

The Canadian songwriter pours his heart out on the page and the sincerity that saturates his lyricism can be heard in his harrowing wails and rapturous melodies. To be in his presence is truly a gift, especially in an intimate setting. This past Friday (June 21) at The Red Room at Cafe 939 on Boylston Street, fans were able to get up close and personal with Krug during an 80-minute set that showcased his prolificacy. On stage with just a piano is how he is meant to be experienced. Zeroing in on his Moonface catalogue made the most sense since This One’s for the Dancer & This One’s for the Dancer’s Bouquet is his latest album under that iteration.

The project is as unconventional and vulnerable as all of Krug’s work, but strips the musician down another layer to reveal just how good he is at storytelling. And at Cafe 939, he relished in it. The singer was relaxed and focused, but both of those emotions were put to the test when a string in his piano broke right after he performed “The Fog” which was the very first song of the evening.

“Well this doesn’t happen very often. We don’t have a low f — we’re going to get through this, though” he playfully remarked. Not only did he carry on after the string was fixed, he pleasantly drifted through some of his most touching songs. “Yesterday’s Fire” felt defiant in its immediacy; the revelations surrounding “Julia with Blue Jeans On” were borderline existential.

Krug’s poignant and insular vision is one that pushes boundaries to blurring edges — and will always set him apart from artists who choose to color inside the lines.