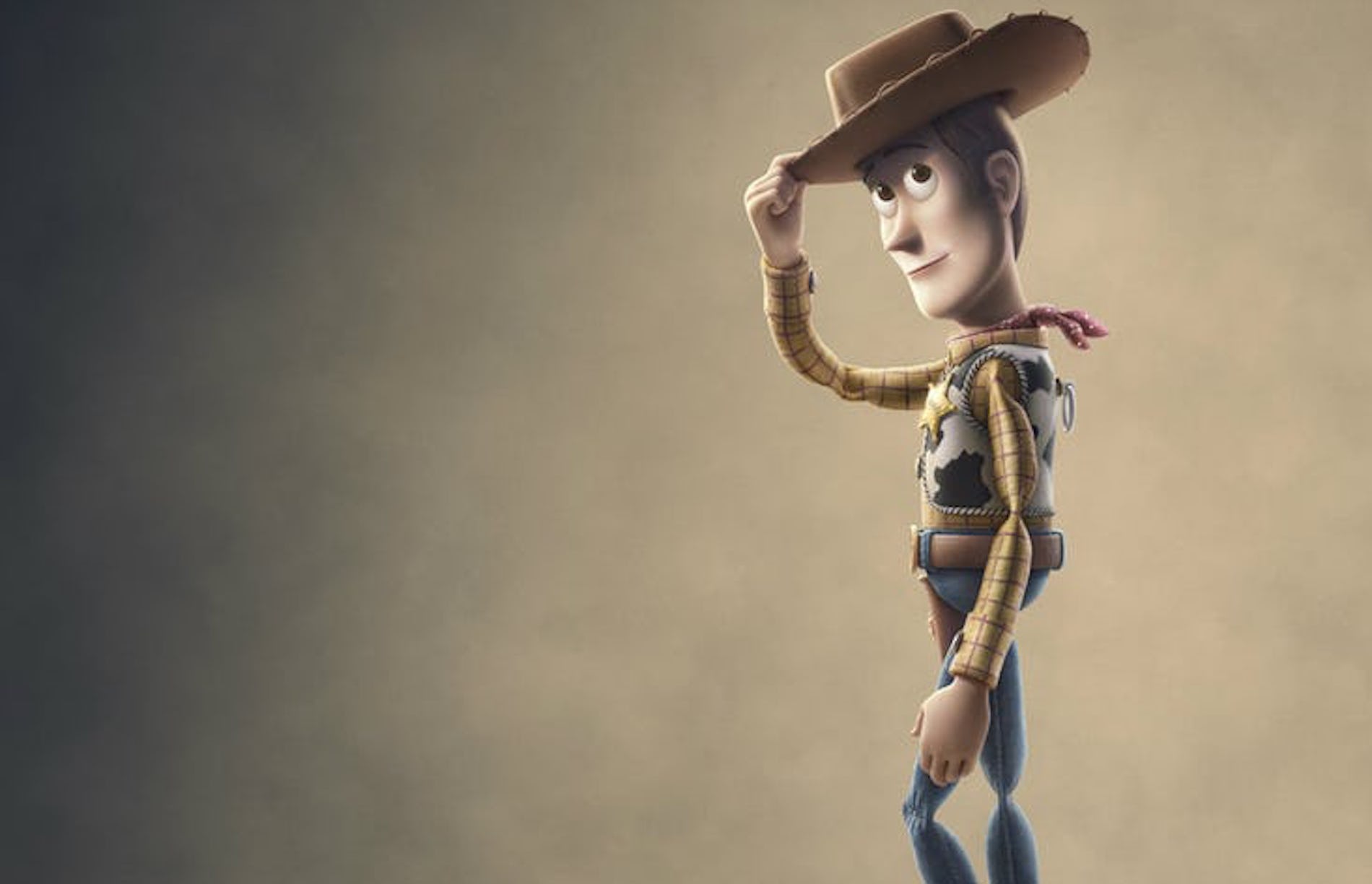 A Toy Story has always signified a shift in Pixar’s filmography. The first established them as an animation company that could do great and meaningful things with computer-generated image. The second kicked off a nearly-unparalleled hot streak of original films that, to this day, is responsible for most of their credibility. The third signaled the end of that era (as well as the supposed end of the franchise), and the subsequent Disney-fication of their sequel-heavy release schedule.

Toy Story 4 is no exception to that rule, though it feels like less of a precursor of things to come and more like an end to their current case of sequelitis. This is just one thing they have to get out of their system, perhaps to free them from the mediocrity they’ve been occasionally known for in the Teens. Original projects await them on the other side of this barrier, after all: Best to have a clear head when creating, eh? And as such, Josh Cooley’s Toy Story 4 feels a bit scatterbrained, and it feels a bit off its axis thanks to its heavy, heavy emphasis on a relationship that, until I watched this film, I had never really considered particularly… well, meaningful. It’s not on the same level as the first three, but, then again, what really could be?

Let me make this perfectly clear to you, though: Toy Story 4 is a good movie.

You will most likely have a fun time with this film, and there really is a lot to like about it. On the other hand, it is a remarkable step down in quality from its predecessors, and some of that drop in quality can be blamed on Pixar’s continual adherence to their corporate overlords’ bottom line. More on that in a bit, however, let’s talk about the good here.

The film begins roughly a year after the end of Toy Story 3, which is, well, a little weird, given how the previous movies seemed to progress in real time, but whatever. Bonnie’s toys are still blending with Andy’s, though Sheriff Woody (Tom Hanks) starts to realize that he’s being left behind in the closet more and more when Bonnie wants to play. Her first day of Kindergarten hits her like a ton of bricks: She’s scared to go in to school, and the toys are worried for her. So, Woody sneaks along to school with her, and sneakily supplies her with materials collected from a classroom garbage bin to create a friend that she can use to get through the day. She dubs the new toy Forky (Tony Hale), a spork who, well, thinks that he’s trash, and heads directly to the trash as soon as he gains cognizance. So, Woody begins to babysit the new toy through his initial suicidal tendencies, knowing that if Bonnie were to lose her new favorite toy, it’d cripple her emotionally for the rest of her life (I mean, sure?). At that point, the family heads out on a road trip, and Forky finally pulls off his biggest escape yet: he leaps from their RV and sails into the wind. Woody follows him, and the two eventually come to an understanding about both Forky’s place in the world and what he means to Bonnie.

But, as the two come to the small town where the family is staying, Woody notices a familiar lamp sitting in the window of an antique shop: it’s Bo Peep’s (Annie Potts). He sidetracks their little expedition and goes looking for her, though he loses Forky in the antique shop in the process. Soon enough, though, the two are reunited on a playground, where Bo is now a wandering nomad, attempting to help lost toys find owners. Her crook is now more of a bo staff (ha ha, Pixar), she drives a remote control skunk, and she don’t need no owner out in the big wide world of this small town. The two strike up that old chemistry that I didn’t remember at all as soon as they get back together, and Woody begins to fall head over heels for her again as they try to rescue Forky. Potts and Hanks nearly have the chemistry to sell it, as well, even if their characters are two wrapped up in the narrative thrust of the plot to have a moment for real reflection and discussion. Meanwhile, Buzz (Tim Allen) and the rest of the toys are growing worried about Woody, so Buzz heads out on his own to try and rescue his best buddy. I bet you noticed I didn’t mention the other toys very much in these last two paragraphs, and it’s true. The old ensemble is really pushed off to the side here, with series stalwarts like Ham (John Ratzenberger) and Rex (Wallace Shawn) given maybe two or three lines of dialogue over the course of the film.

Happily, a lot of that old Pixar magic still comes through, often in the form of the film’s humor. Presumably seeing how the two plots didn’t mesh very well, Cooley and company shelled out top dollar for some of the best comic actors working in Hollywood today. Chief amongst them is Hale, who does a fantastic job selling this odd little character to us. Forky’s dilemma is the kind of cute yet intellectually stimulating internal conflict that the company is known for, and it’s fascinating to see this character’s creation and mental evolution over the course of the film. Well, that is, when he’s not being sidelined in favor of the competing rescue plots that feel just a little more unnecessary this time around. Even then, each team gets their own rookie All-Star: Woody and Bo get Duke Caboom (Keanu Reeves), a Canadian Evel Knievel-knock off who, according to Bo, “crash better than anybody else.” Reeves is precious in this role, and his arc — silly as it may be — feels like OG Toy Story, filtered through this newer approach to comedy. Buzz gets Ducky (Keegan Michael-Key) and Bunny (Jordan Peele), two carnival prize plushies who are sick of being hung up as prizes and want to be loved. They often provide the best laughs in the film, including their so-called “plush rush,” which is so much more than is made out in every single trailer. They play off Buzz’s straight-man nature in a way that feels fresh in comparison to how the rest of the toys regard him, and their interactions are often a treat.

There are also beautiful images in this film, such as a moment in the movie’s prologue, which reveals how Bo Peep wound up leaving Andy, where Woody and her say their goodbyes on a rain-soaked driveway beneath a car, featuring some of the best water effects that Pixar has ever put to film. That said, there’s an interesting visual clash between the improvements in technology and the designs of these characters, where something like the sheen on Woody’s face becomes slightly distracting, given that it really wasn’t there before. Even less successful is the film’s villain, Gabby Gabby (Christina Hendricks), an antique doll with a broken voice box who just wants to be loved, even if she rules her little kingdom with an iron fist and an army of creepy-ass ventriloquist dummies. How the Mouse isn’t paying R.L. Stine residuals for this, I’ll never know, but they’re effective enough: Remember, at least one image in a Toy Story film has to haunt the nightmares of a new generation of children. You have seen her story before in this franchise, though perhaps without the Giving Tree-esque sacrifice that all of the characters have to make in order to make her feel loved, and her resolution feels almost like an apology for the brutal treatment of Wilford Brimley’s Lotso in Toy Story 3, who was condemned to live the rest of his unnatural life stuck to the front of a garbage truck. But she provides a hint to how Bo spent her time away from Woody — in perpetual conflict with the boss around the yard. We don’t see any of this, of course, because Disney has to have something for Disney+, don’t they? It’s going to get as bad as the video game industry, isn’t it, the splitting off of narrative from the theatrical experience because one can get that content on a proprietary service after the film.

Yes, I’ve done my personal best throughout this article to stave off the avalanche of cynicism that is slowly descending down this review’s cliffside, but I’m afraid it’s time to call in the ski patrol or the Saint Bernards and down all that rescue brandy.

The ending to this film is bad. Not because it shakes up the Toy Story status quo, not because it “ruins” the end of Toy Story 3, it’s bad because you can see the cynical reasoning behind it. I’m referring to, of course, when Woody says goodbye to his friends and joins Bo Peep in her never-ending quest to find lost toys new owners. It defies every single thing that we know about the toy sheriff from the three previous films: if Bo had reappeared in Woody’s life if he were with Andy on this road trip, would he really have left him? Why does he feel more comfortable dealing abandoning Bonnie here, after barely a year of knowing her? Why does everyone in the toy group feel comfortable with him being forgotten and left behind, accepting his last-second decision with a sense of manufactured gravitas? All of these movies have been about affronts to his ego in one way or another, but this situation— with the one-two punch of Forky and Bo — is the straw that breaks the camel’s back? If these are movies in which the toys are, in essence, emotional surrogates for the parents that are watching them alongside their kids, is this Pixar’s divorce movie?

There are only a few explanations for this that I can think of here. One is that Pixar felt the need to try and match the emotional resonance of Toy Story 3’s ending, which would be a hard task to do without some sort of ante-upping. Another is that this may have been explained better in one of the previous drafts, before the company’s leadership went belly-up after alienating their new writers, but was lost on the cutting room floor. Finally, it may simply be that two separate groups of toys may be significantly better for Pixar and Disney’s long-term plans for the franchise, as evidenced by the content that’s already planned for the streaming service’s launch and given the age (and price) of the remaining cast from the first trilogy. They already had to stitch together a posthumous patchwork performance from Don Rickles’ outtakes in order to ensure that Mr. Potato Head could still be in the film (you can tell, as well), so clearly they’re aware the limitations of continuity here. But Woody’s new gang isn’t going anywhere anytime soon: Hanks, Potts, Peele, Key and Reeves are all ready, able and willing to work, and they seem to be where the franchise’s focus will eventually shift to, liberated from the childhood bedrooms that the stories were once, at least, grounded in, and out into the increasingly-detailed world around them.

All in all, that might result in some compelling short-form stories or even another good film, but it’s one that will feel, inevitably, robbed of the essence of a Toy Story film, and it’s enough to make me wonder if Pixar shouldn’t have left well enough alone. No matter how many laughs will be had or tears shed, it still isn’t strong enough to justify its existence.