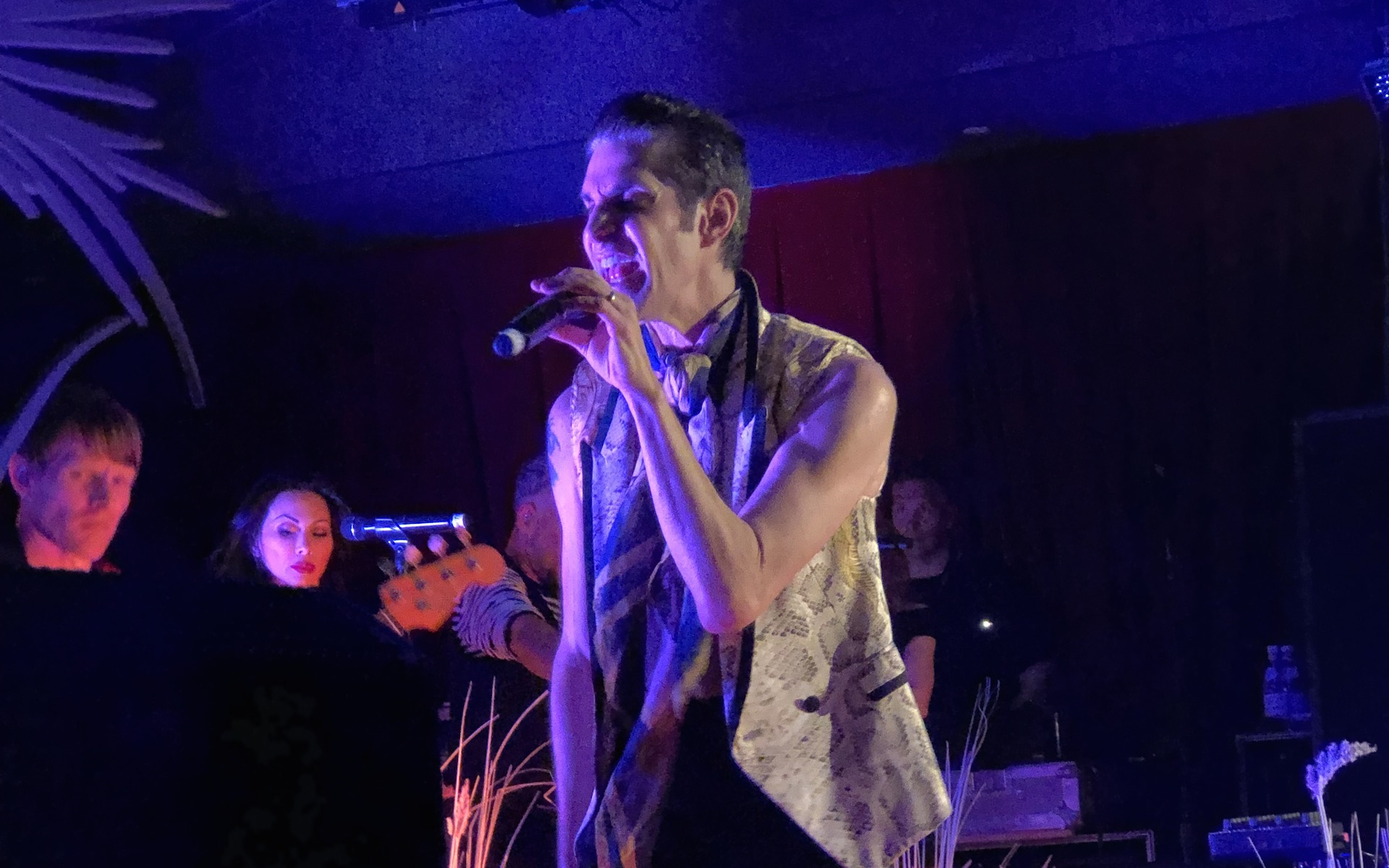 There’s nothing worse than going out antiquing, finding something absolutely awesome, and having your loved one put his, her, or their foot down and squashing the entire purchase.

The legendary Jane’s Addiction frontman and Lollapalooza founder was in town last week for two shows at City Winery — read Candace McDuffie’s review of the first night here — and during some down time, Farrell went out into the Boston streets to do some old fashioned antiquing. His new solo album, Kind Heaven, features a song called “Pirate Punk Politician,” so Farrell had something in mind as he hit some shops along Charles Street in Beacon Hill.

“We were in Boston, so I thought, ‘Let me get something Americana to bring home to my house,'” Farrell tells Jimmy Fallon during an appearance last night on The Tonight Show. “I thought, let me find some pirate stuff while in Boston. I was looking around and I found this giant painting of a pirate that I thought was amazing… it was like a gymnasium door. It was this great picture of a pirate — I wanted it, but my wife wouldn’t let me have it.”

Farrell’s wife, Etty Lau Farrell, thought it might scare people away. He even admitted, somewhat, that the painting was pricy.

But in the end, so she said no.

At least he didn’t steal it.

Searching for clues? Writing the next great American novel? Maybe both… Here’s Perry and @ettyfarrell loving #Boston and antiquing on Charles Street. Did you know Edgar Allan Poe was born on this street? That was back in 1809 – when Charles Street was actually called Carver Street. After Boston, the #KindHeaven Orchestra are packing up and heading back to New York City for two more nights at @citywinerynyc – we’ll see you soon! —The Kind Heaven Team