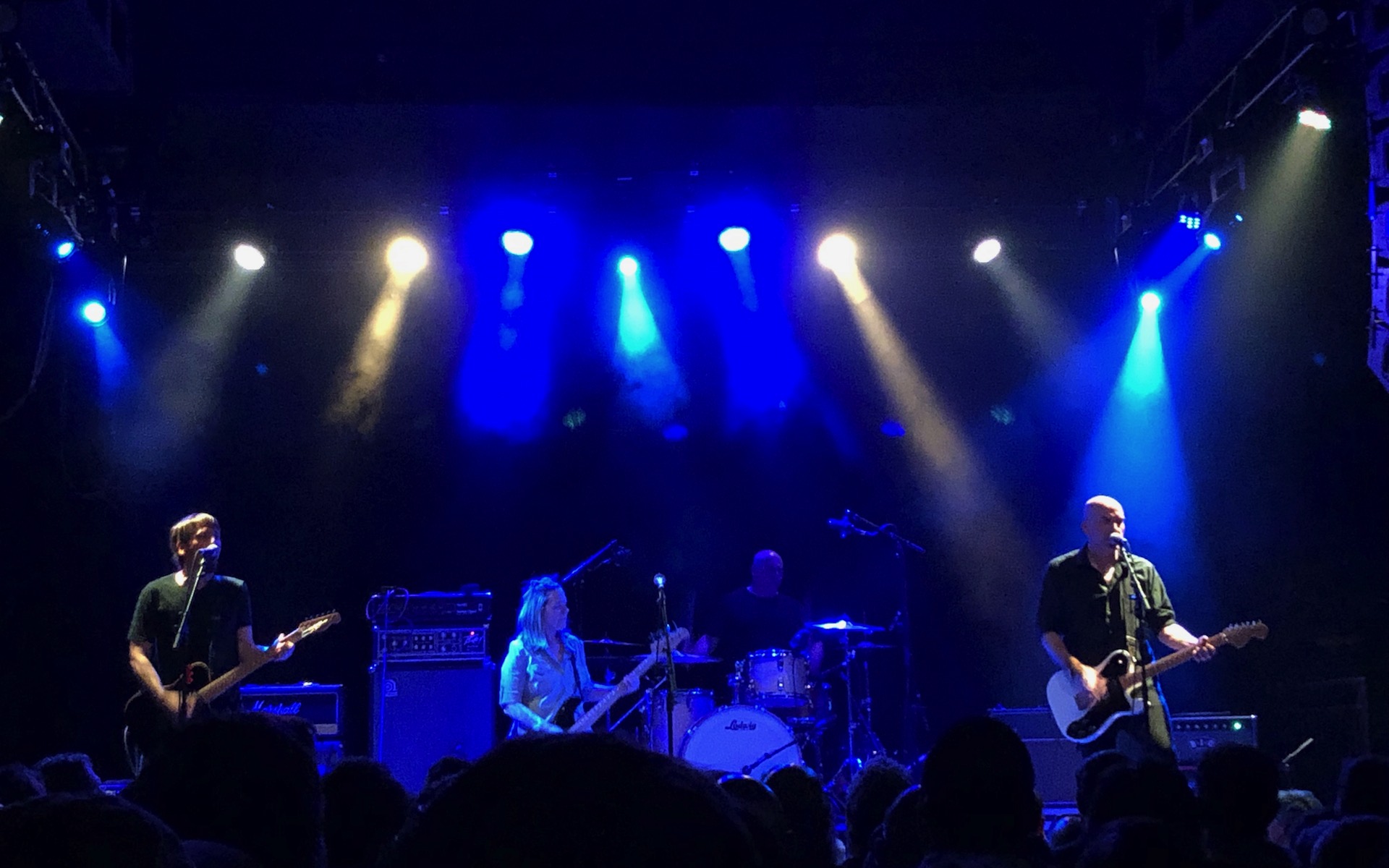 Sometimes truth is stranger than fiction. I mean, what are the odds that two influential rock bands whose names start with the word “Jaw” — both of whom built underground followings in the early ‘90s before signing to major labels in the mid-‘90s (back when that was still a controversial move in the punk world) and broke up shortly after — would reunite in the late-2010s and play their first Boston-area gigs in more than 20 years within three months of each other? Yet the return of Jawbox has been greeted with far less fanfare than Jawbreaker’s reunion; while the latter packed the House of Blues in March, the former settled for a humble two-night residency at The Sinclair (albeit one which sold out both nights). No doubt this is because Jawbox’s choppy, post-hardcore-influenced alt-rock was always just a tad too off-kilter to court mass appeal, although the fans who came out for the first night Friday (June 14) clearly wouldn’t have it any other way.

After an opening set from Second Letter, which had its enjoyable moments but overall leaned too heavily on the leaden post-grunge clichés the headliners had always so cleverly subverted, the moment for which some in the audience had waited 22 years was set to arrive. But first: Bassist Kim Coletta informed the audience that today was singer/guitarist J. Robbins’ birthday, and of course a mass rendition of “Happy Birthday” followed. It was a sweet moment, and well worth delaying the return of Jawbox for a minute more. Once they did start playing, they sounded good right away, all of the pieces which make up a Jawbox song — Coletta’s rumbling bass lines, Zach Barocas’ punishingly slanted drumming, Robbins and Bill Barbot’s jagged power chords and tuneful arpeggios — interlocking and slamming into each other just so. Everyone seemed to be having fun on stage too, with Coletta striking all manner of bizarre herky-jerk poses and Barbot and Robbins even indulging in the occasional rock-guitar jump.

And yet, the first half of the set seemed to be missing a certain spark. Maybe it’s just that this was the first night of the tour, and only the second live show Jawbox have played since their 2009 one-off reunion for Late Night with Jimmy Fallon; maybe it’s that they front-loaded the setlist with their mid-tempo, more conventionally alt-rock material. Either way, the band seemed to notice it too; Robbins introduced “Spoiler” by matter-of-factly stating “this is the fast portion of the set,” and Barbot gently exhorted the audience to allow themselves to “flow” with the music.

Once the tempo quickened, the change in crowd energy was palpable; the neck-snapping intro to “FF=66” caused the guy next to me to let out a primal scream that seemed borderline involuntary. By the time Jawbox tore into the frenetic, drum-happy “Won’t Come Off” and the adrenalized stop-start of “Breathe” and “Cutoff,” it was like they had never left.

Though it’s rarely mentioned as part of their legacy, one can definitely hear the influence of Jawbox’s radical mixture of post-hardcore aggression and cathartic melody on ‘90s emo, with the sublime chorus of “Reel” sounding on this night like a lost Jimmy Eat World classic. The main set wrapped with a euphorically received version of their “hit,” “Savory,” and their signature cover of Tori Amos’ “Cornflake Girl.”

The encore brought a genuine surprise, as Jawbox covered “The Robbery” by Boston’s own Drew O’Doherty. It was a beautiful, sentimental song completely unlike anything in the Jawbox discography, but Robbins’ genuine affection for the little-known song shone through in his lovely performance. He and the band then ripped through two more songs, and finally called it a night, leaving all in attendance thankful to have borne witness to a great band’s return.