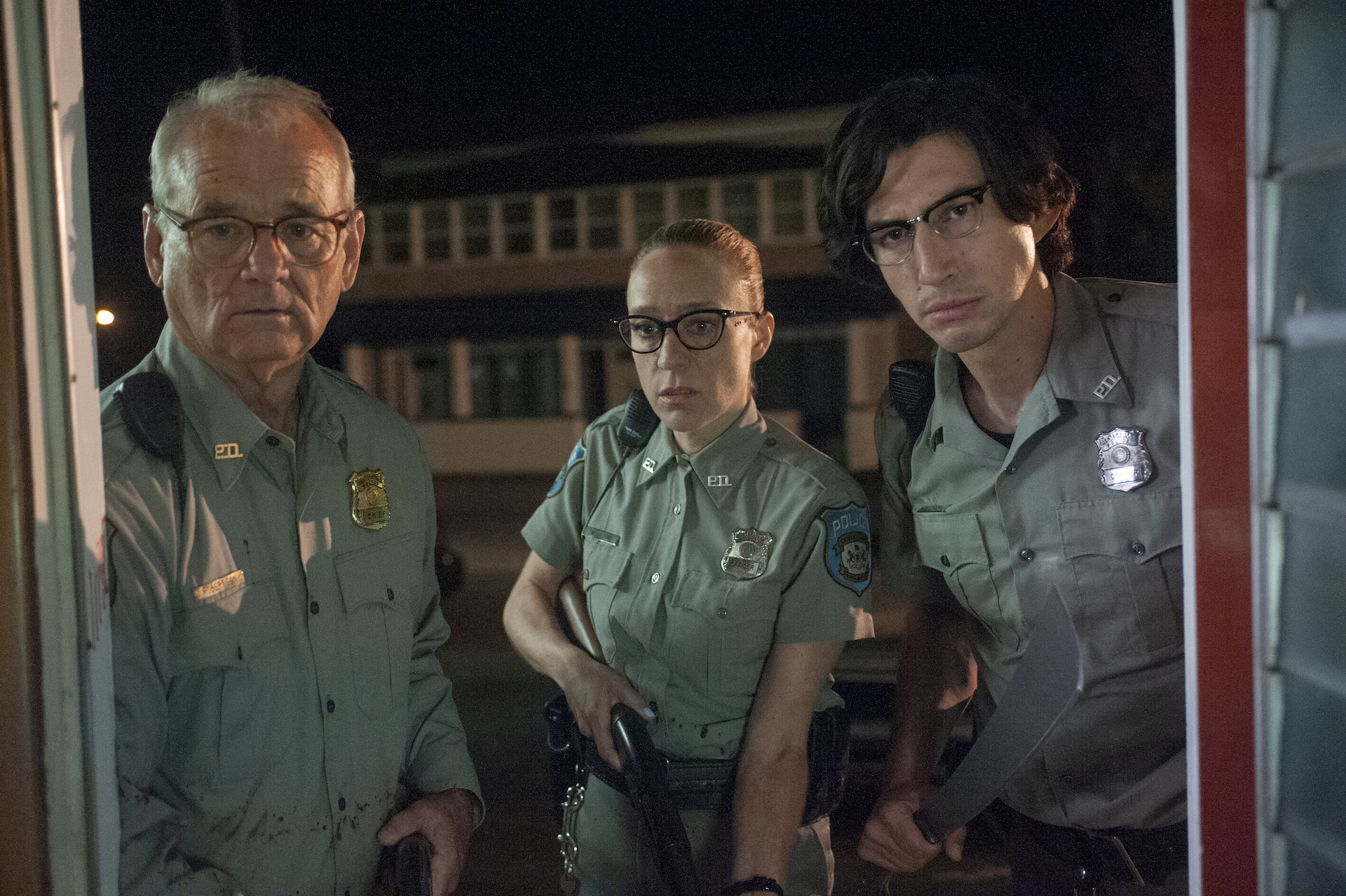 It’s long been known that Chloë Sevigny is one of the coolest people working in the film industry, but after speaking with her, you come to realize that it’s an understatement, and doesn’t reveal how kind and affable she truly is in person. But her latest film, the zombie comedy The Dead Don’t Die, sees her eschew some of that trademark cool in favor of becoming the emotional center of the Jim Jarmusch-directed feature. As Minerva “Minnie” Morrison, a small-town police officer confronted with a zombie apocalypse (bad) and two deadpan co-workers, played by Bill Murray and Adam Driver, Sevigny becomes the one truly relatable character amidst the goofballs, and she’s fantastic in it. The award-winning actor, in town to promote the film, spoke with Vanyaland about her recent work in front of the camera and behind it.

Nick Johnston: So this is the third time you’ve worked with Jim Jarmusch, going all the way back to 2002. How has your professional relationship changed in that time?

Chloë Sevigny: I’m not sure it has! It feels kind of the same, I feel like the dynamic is similar. He somehow thinks I’m great, I have no idea why, and there’s a mutual admiration but I’m also, like, terrified and intimidated. One would think that, having known each other for so long, I would feel more comfortable on set, but I was just as scared as ever. I think that being a fan there was pressure, and also having all the other characters be so “Musch-y,” [laughs] for lack of a better word, and my character not playing into the Jarmusch kind-of thing made me even more nervous. But, yeah, I don’t think the dynamic has really changed. I’m as intimidated as ever. I’m working on that with my therapist. [laughs]

Well, you’ve got the “greatest zombie cast ever dissembled,” so I imagine that must be difficult.

And they’re all true character actors, you know.

So, you mentioned that you’re separate from the rest of the cast in terms of tone. How’d you ground the character, given that everybody around you is playing into this deadpan comedy and you’re the straight man?

I think I was just really thinking “don’t act, react.” You know, the classic acting 101. Just trying to play it for real, play the drama, play the stakes. Play the trauma of seeing people that you known your whole life and being in this small town and looking for comfort from these people that you work with every day, and looking for answers and not getting them, and just wanting to be reassured and you know, just trying to be in the moment, I guess.

It’s interesting, too, because you’re the only character in the Police Station who’s really connected to the moment. You’re not breaking the fourth wall, you’re experiencing things as they happened in the moment.

Yeah, my character didn’t get to read the script. [laughs]

She’s just forced to live it, which is pretty terrible!

Yeah, it makes for a nice dynamic between us, though.

It’s sort of cool to see someone in a Jarmusch movie who’s not in on the joke or the vibe, though.

Thank you. I was scared I was just going to disappear into the walls and be the least present character, but I think she kind of comes to the front in a strange way.

The scene where you find those corpses is weirdly moving and funny at the same time. How was it throwing up behind a Prius?

Ick, that noise! Did I make that noise, or did they add that after? I feel like I wouldn’t but I guess I did. [laughs] Yeah, I think I wanted it to be ugly — they say that that’s one of the most disturbing sounds, like worse than nails on a chalkboard, is hearing someone throwing up. [laughs]

Well, Jim’s a heavy dude. [laughs] He’s very sensitive, and there were a lot of technical aspects of this film that I think were difficult or challenging for him. We didn’t have a lot  of time with Adam, because he was going to make Star Wars, so we knew that we only had a couple of days and that nothing could carry over to the next day, and there was that time pressure. Honestly, it was kind of a heavy set.

And yeah, it’s comedic and we’re trying to find that, but I think the overarching feel was not that funny. But Bill, between takes, he’d play music — he has a little portable speaker — and he would play music between set-ups and he’d joke with the crew. He knew everybody’s names, and he’s always very jovial, and Adam knows everybody from having done Paterson, and so it was a very familial dynamic.

And for me, it was actually the first time I felt a lot of love from the Teamsters. Like, they were really into me! [laughs] I felt like I’d finally made it. They’d be like “Oh my god, you were in Page Six yesterday! We saved it for you,” and they’d show me the post. That was really cool. [laughs]

But yeah, it was a little tense. But Jim is so lovely with everybody, and everybody just wants to do their best for him, and it feels really nice to be on a set where everybody is bringing it, rather than just like a job, which it sometimes can feel like, especially in TV.

You stepped into the shoes of a Massachusetts legend last year in Lizzie. What was that experience like?

Well, I’ve been trying to make that for like 12 years, and I feel like if I had made it 12 years ago it would have been much more punk. It was kind of like “Do we really need this movie right now?” But it also hit the zeitgeist in a certain way. But yeah, I’d gone to Salem because I had a boyfriend who was from Stoughton and we used to go see his family all the time. Or Brockton? Aren’t they near each other?

And so his family were all in that area, so we used to go up there a few times a year to see them. And one year, I think it was around Halloween, I said “Let’s go to Salem,” and we did the whole Salem thing, and then I was like “Let’s go to the Lizzie Borden bed and breakfast,” and we stayed, and immediately, I was like “I want to make this. I know there’s been a billion songs and books and operas and whatever, but I have to. I want to play this character.” There’s something about staying in the house — I was just so moved. I don’t know if you’ve ever stayed there, but it’s super fun and spooky, and then we went to the cemetery and it totally set the stage. I just felt really drawn to her for many reasons and I became obsessed. I went back two more times, and hired my friend to write the script, and we sold it to HBO as a two-part miniseries. Then they just sat on it for like ten years, and we tried to get it back from them. It was very difficult.

So, I’d been trying to make it for all those years, and immersed myself in it. The script had gone through a number of different incarnations, and by the time were making it, I was wondering “Which version are we making now?” [laughs] I actually found a book of hers at an auction once, and it had her signature in it.

Then the Christina Ricci version came out, and I imagine that was an obstacle.

That came out while I was developing mine! I was crying when I found out about it. It was like a knife to the heart. I never watched hers.

Well it seems like it’s found a nice home on Shudder, after all.

I think it’ll find its audience. I wanted it to be a little more — yeah. I did my own cut of the movie.

What would have been different about it?

You directed a short, White Echo, which premiered at Cannes this year, about some supernatural subjects. Did any of your prior work in genre movies inform its making?

It was more my friends and their talents. I have friends who actually commune and do that stuff, and for the most part, it came from their real conversations or occurrences. Like, playing Ouijia with my friends, and the five characters are based on them. We were upstate at my mother’s house, and we were playing outside, and my one friend who has, you know, the “gift” was talking to this one spirit that visits her over and over again, while my other friend was saying “Don’t ask her that, don’t ask her that.” Like, “are you standing behind me?”

So, all of that was lifted from real-life stuff, and I have other friends, in Los Angeles specifically, who bathe their crystals in the moonlight and are into all that, and I don’t believe them as much. So for me, it stemmed from that: Why do I believe certain people and not other people, and what is it about the way that one  communicates their ideas or their beliefs that has validity?

So, basically, the main character is me: I want to be a director. How can I convince other people, or even myself, that I can direct? And when I’m actually given the opportunity, how am I going to deal with that? Am I going to be frightened by it, or am I going to embrace it? And so, that’s basically what the movie’s about.

Yeah, we’re doing the festival circuit right now. It was funny to see it in Cannes, because it was in a program with ten other shorts, and they were all about men or male saviors, and I was like “Nobody’s going to like this movie in Cannes. It’s too conventional.” Actually, conventional’s not the right word: it was just very straightforward. People are always wondering “Oh, what kind of movie [are you going to make]?” I want to be like Spielberg. I want to make movies that are accessible, but moving and rousing, that can shift perception and make people feel. Not that a quiet little indie movie can’t do that, but I want to make something big. That was my ambition with making this short: Showing that I could handle dialogue and other aspects of filmmaking. And when I watched it on screen, between all those other shorts, I was like, “Yeah, that’s what it does, and I’m okay with that.” It’s really American, really straightforward, funny. I was really proud of it.

This interview was edited and condensed for clarity.