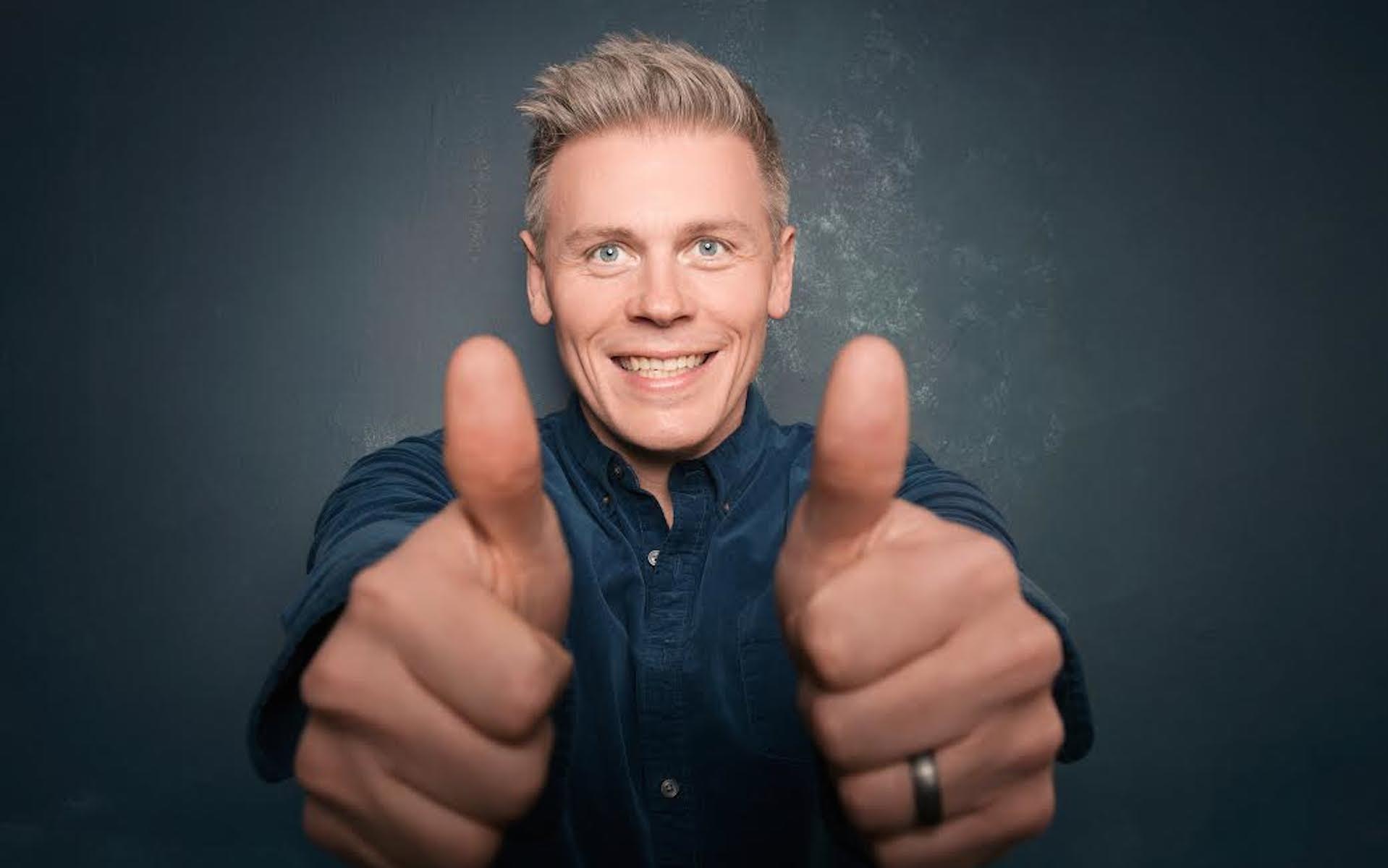 Sure, we haven’t heard any new stand-up from Christian Finnegan in a little over five years, but now he’s back — and it may be safe to say that it was worth the wait.

Making his return with 60% Joking, which drops today (June 7) via 800 Pound Gorilla Records, Finnegan isn’t afraid to compare his newest slate of material to his earlier workings, and the fact that he recorded the new hour at the same club in which he recorded his first album, 2006’s Two For Flinching, certainly brought its own bout of nostalgia to the recording for the Acton native. But nevertheless, this newest batch of material from Finnegan brings us up to date on who he is as a comic today, as he feels its a clear representation of where his career and life are in real time.

“I’m proud of it, I feel good about it, and I stand by it,” Finnegan tells Vanyaland. “In many ways, while a ‘return’ might not be the right word, I recorded it at the DC Improv, which is where I recorded my first album, so it’s a return in that sense, for sure. Looking back at my second album, Au Contraire, that performance feels a little stiff to me, whereas this new album is a good representation of where I am in my life, and I’m proud of this material.”

With the new hour, Finnegan picks up right where he left off, with a masterfully crafted balance between socially conscious critiques and less “divisive” material about the ins and outs of his daily life. Within that approach, Finnegan has further cemented his legacy in stand-up as a versatile performer by maintaining a conscious effort to connect to the fans of more dirty and obtuse humor you are likely to find in the comedy club circuit, while keeping both his creative and personal integrity, and forward-thinking wits, about him.

“There’s a sweet spot that I try to find in my comedy, which is being as funny as your kind of dirty club comic, that feels not quite so retrograde,” says Finnegan. “That’s what I strive for, at least, whether I succeed or not. But that’s what I go for.”

Having that “sweet spot” in mind, Finnegan weaves in and out of bits that he hopes resonate with the crowd in a way that reveals a connection between him and the listener, and while it may not be his top priority when he hits the stage, he has an affection for comedy that makes you realize you’re not alone in certain thoughts and beliefs, and he continues to enact that in his own set.

“I like to think that there are a few thoughts on the album that might stick with you for a week or two down the line,” says Finnegan, adding “where if you experience certain things, or have certain feelings, you might be able to use my comedy, or anyone else’s comedy as a reference point for something you might feel uncomfortable about or you haven’t been able to put your finger on.”

While Finnegan stays true to his socially and politically woke comedic nature on the new record, there was no question as to whether he would also include some universally appreciated “junk food” comedy. With no shortage of material to work off of, it really was just a matter of what fit in the set, regardless of its impact. Finnegan knows that not every joke was an absolute banger, but make no mistake about it, he loves every damn ounce of material on this record.

“It’s important to me to have a sort of semi-equal amount of both low-brow and high-brow material, just for my own entertainment,” says Finnegan. “I don’t want everything to be nutritious. There needs to be some potato chips and beer in there, as well. There’s also that weighing that you have to do in your head, because sometimes, you just have those jokes that you really fucking love, and they might not kill the hardest, but you really like them, and there’s a few of those in there, as well as few that I wouldn’t consider to be my Moby Dick, but there’s nothing on this album that I’m not proud of.”

The road to this new hour was no short trek for Finnegan, nor was it a particularly easy one at that. Between projects that pulled him away from the stage, and a dose of some personal adversity to boot, the 46-year old was faced with some choices that took him away from the mic a bit longer than he would have liked. But with the new album comes a renewed creative spark for Finnegan, and that spark has the stand-up veteran hoping this won’t be the last we hear of him in 2019.

“Life is about choices, and these are choices that you make, and this album is kind of my way of saying ‘okay, I’m ready to re-engage.’”