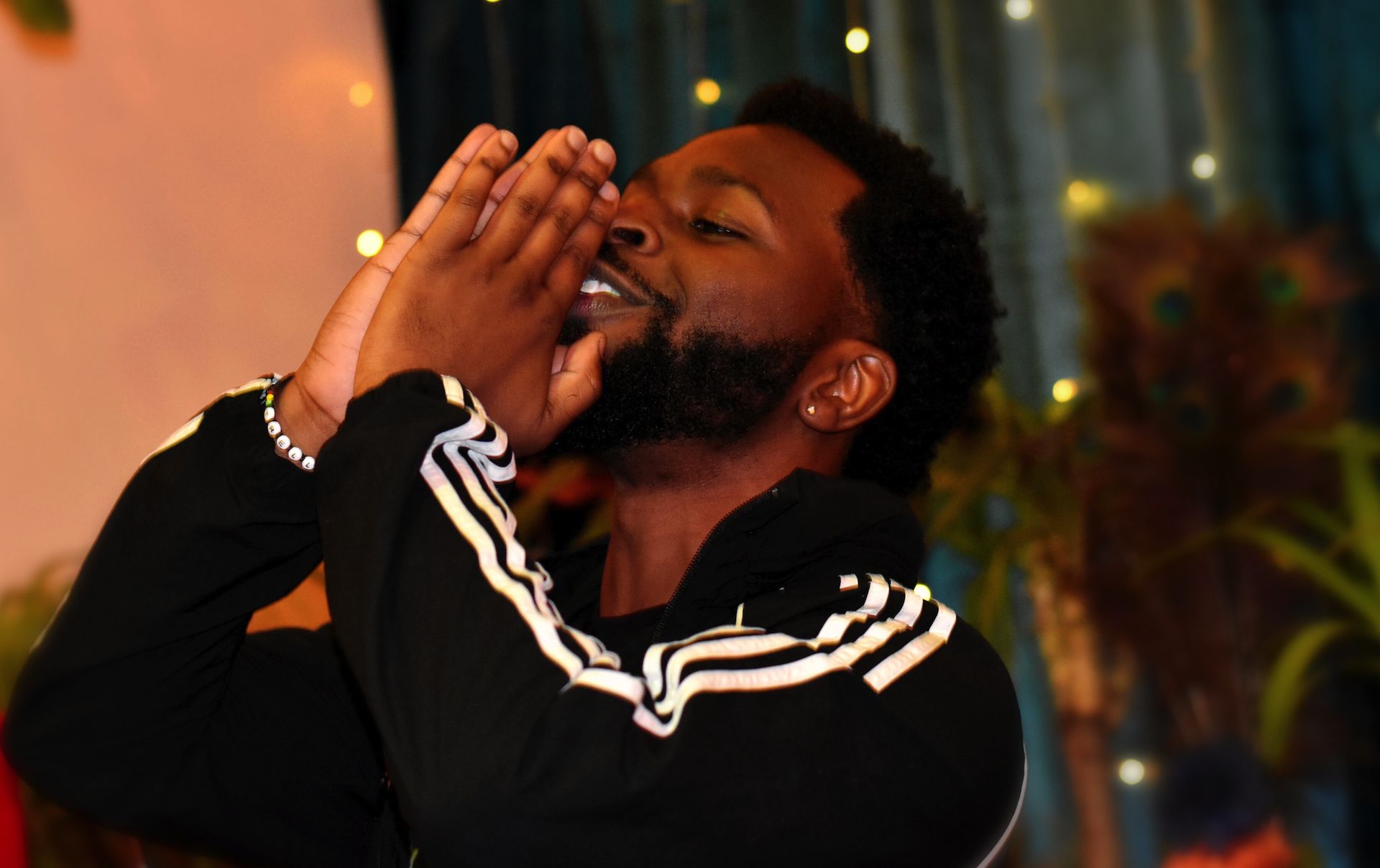 This past Thursday (May 30), artist Latrell James transformed The Canopy Room at Bow Market into his own sort of bare-all confessional.

And it was as intimate as it was unique.

James was letting us into the world of The Sky Might Fall, an album he poured himself into over the last two-and-a-half years. It’s also one that will never be officially released since the Boston MC, songwriter, and producer insists it no longer represents who he is. But he showed it off to listeners at last week’s “Unreleased Party,” which proved to be more fulfilling and magical than originally anticipated. James basked in all of his charismatic glory as he explained the story and meaning behind every track. He has always been a poignant and reflective storyteller.

James’ flawless ability to communicate struggle and trauma — through his idiosyncratic and detailed lyricism — has consistently been his strong suit. The Sky Might Fall, despite his resistance to it, contains encouraging displays of maturation, self-awareness and growth. “My Window” conveys the gritty and raw nature of a neighborhood plagued by deterioration. “Seasonal People” is a confrontational track in which James’ strained relationships with those closest to him begin to take their toll on his mental health. “Needs and Wants,” through its upbeat nature and copious chorus, is the brightest spot on The Sky Might Fall and reveals that James’ young adult revelations are pithy, bold and seemingly universal.

Throughout the album, his ability to balance rapturous bars with delicate melodicism captivates listeners while vulnerable observations and declarations keep them in James’ corner. His own obsession with perfection — making the perfect song, completing the perfect record, obtaining the perfect reception — can be, he says, detrimental to the creative process. Throughout the evening, James bravely reminded us of that. It also nearly stopped him from remembering why he makes music in the first place.

Though The Sky Might Fall will never be up for public consumption, its message of resilience and perseverance — through blissful rumination — will always be worth remembering.