Live Review: Starcrawler are feral as fuck at Royale

By Victoria Wasylakon May 29, 2019
ShareTweet 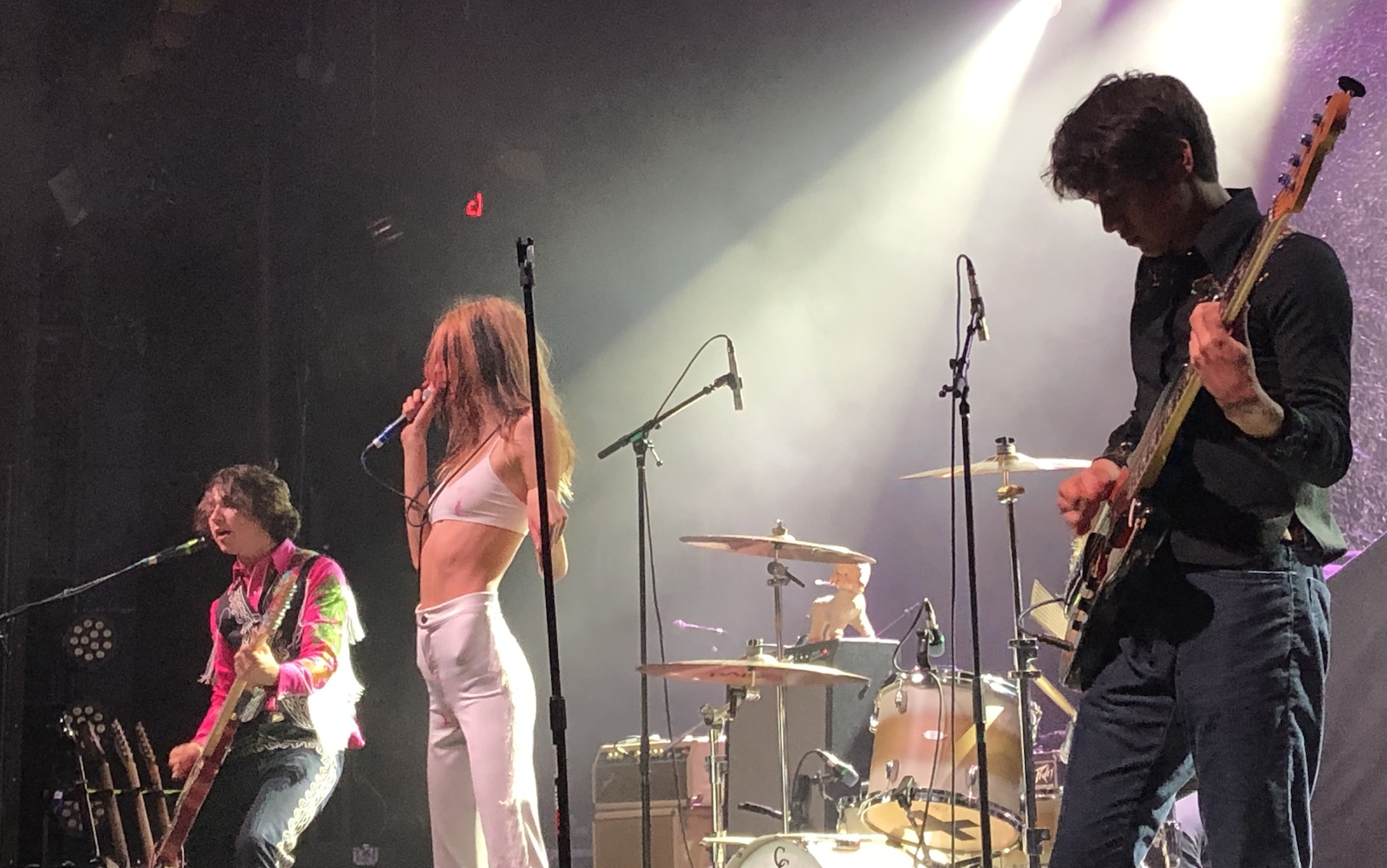 Arrow de Wilde, a lanky imp of a rockstar, couldn’t stop gasping for air onstage last night (May 28) in Boston. Crouched in an unladylike tangle of limbs onstage at Royale, the Starcrawler singer’s motley blonde hair covered her gaunt face entirely, quivering with each of her harried exhales.

Then she leaped, revealing her (fake) blood spotted white jeans, complete with hip bones jutting of the otherwise pristine denim.

It’s a pattern that the L.A. band repeated a million times over as they ran through their self-titled record in the Theatre District last night, warming up the crowd for The Distillers. And when Starcrawler warms up a crowd, they throw them in the fucking fryer and aim to obliterate.

At the helm of the wreckage is de Wilde, the scraggy, under-21 frontwoman who’s built a reputation for running her mouth — filled with alcohol or fake blood, usually — in the time since Starcrawler dropped in 2018. A years’ time has only emboldened her feral antics.

When she performed “Pussy Tower,” a third base anthem, she fellated her microphone like a wide-eyed dog in heat. In between various lyrics, she dry heaved and then proceeded to hurl a mouthful of mystery liquid at the off-guard folks leaning on the barricade, effectively marking her territory. And when she screeched — and oh, did she — an otherworldly presence, banshee or otherwise, emerged form her ragged lips, totally appropriate for the group’s cover of The Ramones’ “Pet Sematary.” Her bony figure just accentuated the analogy: she’s a hungry stray ready to feast on some delinquency, and she’s ready to feed now.

So went the group’s shock rock routine, an undeniable symptom of their California upbringing. As the group’s video for “Hollywood Ending” so prominently displayed, Starcrawler are the children of adult video stores, ratty motels, and midday Corvette rides, pointing to the sleaze ingrained in their music as a point of West Coast pride. At times, the gesture’s literal, sinking into the seedy licks of “I Love LA,” a banner representation of the group’s Cali-centric universe, with de Wilde serving as Hollywood’s heroin chic rag doll, undulating to the beat when she possess the stamina, collapsing on the floor when she needs a rock and roll minute.

It’s an aggravated yet alluring impression that presents Starcrawler as a strutting, flailing caricature of scuzz-rock; one that’s so hyperbolic but somehow accurate, you can’t help but applaud the spectacle, even if you’re soaked in beer and backwash.