By Jason Greenoughon May 26, 2019
ShareTweet 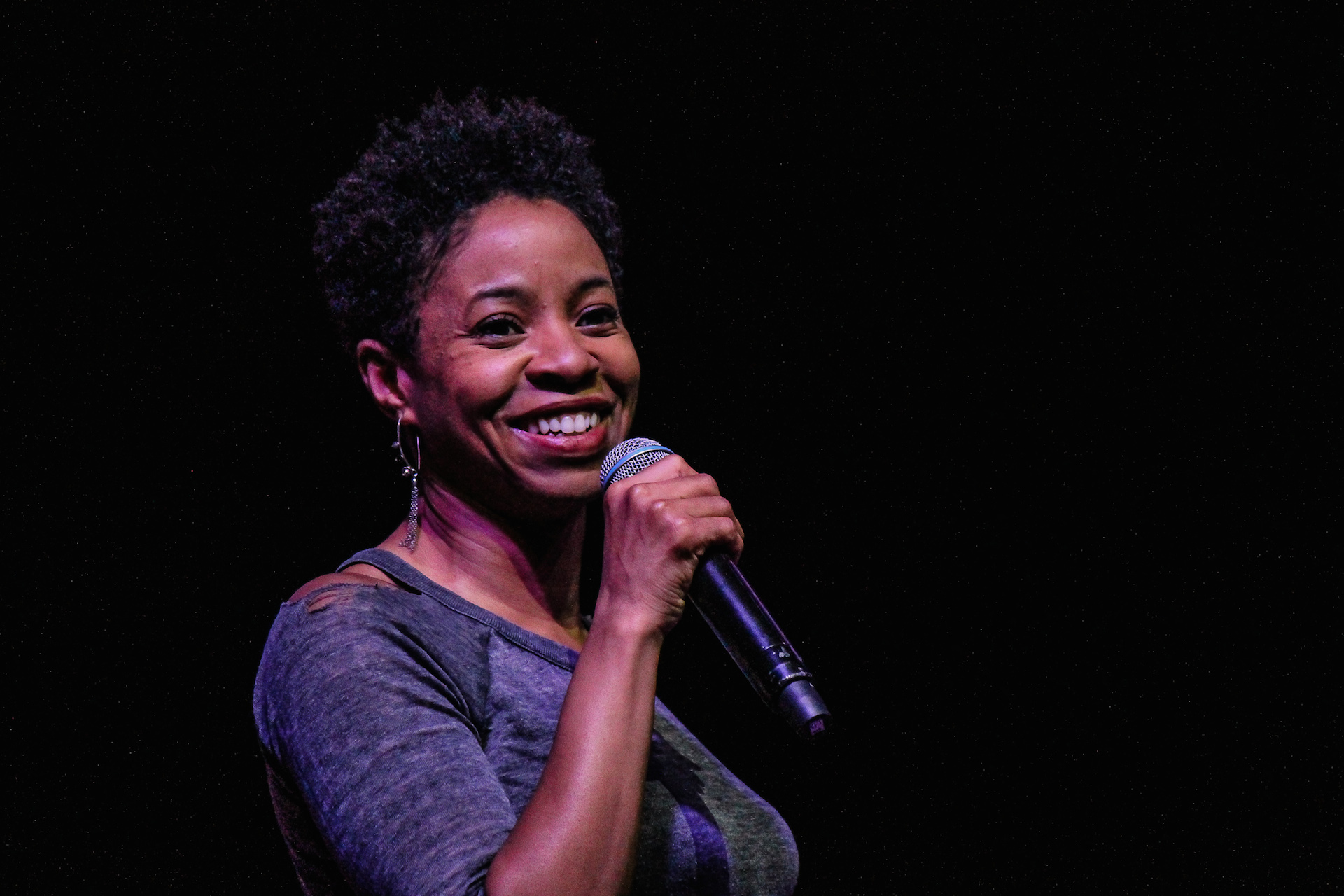 The indoor performances Saturday afternoon at Boston Calling brought a sharp, smart focus to the festival

Lines were already forming outside the Arena at Boston Calling Music Festival more than three hours before Lamont Price returned to the stage on Saturday afternoon (May 25). And while Friday night found the crowd gradually filling in as Price was slinging his jokes, Saturday was a completely different ballgame inside and outside theBright-Landry Hockey Center.

Not many of the crimson bleachers were empty as Price strolled to the mic, Miller High Life in hand, to open the show. Sure, it was a near carbon copy of the material he performed for the Friday crowd, with a few different flourishes here and there to keep it fresh — but who the hell cares? The vibe in the room was good, the new crowd found it hilarious, and Price was already drunk (or “drunk as fuck,” as he put it) by stage time, so everyone was living their best life.

Price proceeded to get his job done as effectively as the night before, as the crowd was primed and ready to go for Marina Franklin, whose viewpoint on the many woes of being a woman in today’s culture resonated with the ladies in the room nearly instantaneously, naturally, and in turn succeeded in bringing the whole room together by the end of her set.

While not hesitating to be politically and socially critical at times, Franklin kept the funny at the forefront, as she shared stories of her first time encountering someone jerking off on the train, and the hesitation her past white boyfriends have felt when it comes to dealing with her hair (“I told him to just touch my hair, and he reshaped my fro. I looked like Frederick Douglass for the rest of the day…”).

Although her musings on sex and relationships seemed to connect with the predominantly young crowd, Franklin was quick to admit that she knows she’s getting older, and touched on how that’s affected her sensitivity to the use of certain pronouns, and how she thinks using the “they/them” pronoun makes her sound like a runaway slave.

It’s always a good sign when laughs erupt where awkward silence usually falls when it comes to that sort of material, and that really helped Franklin show exactly why she’s been such an in-demand and highly respected player in the comedy game for years. Her brutal honesty, both about herself and the world she sees around her, was just one of her many attributes that shined through during her time on stage, and it was clear with the applause she received that the crowd indeed, how the kids say, “fucks with it”.

Before Price even had a chance to announce the headliner, there was excitement brewing throughout the room. Jenny Slate took the stage to a rousing round of applause, and while she chewed up the first five minutes of her set just shooting the shit, the Milton native quickly turned it around into a series of stories, mostly touching on her years-long romance with weed, and the hi-jinx that came out of the lengthy rendezvous.

While the majority of her material was delivered in a sometimes erratic and fast-paced manner, much in the vain of her TV and film characters we’ve come to know and love, Slate crafted a thoughtful and engaging set of material that connected with her hometown crowd — and not just because she was open about going to class stoned out of her gourd in college.

Met with some type of mass affirmation after nearly every little tidbit she laced into her time on stage, Slate brought the crowd through her own journey to sobering up and being able to function in the world clearly and effectively after ditching the wacky tobaccy, as well as a loosely descriptive synopsis of Space Jam in which she compared Michael Jordan’s apparently free-roaming endowment in the film to “a cannon ball pushing through a bedsheet.”

Although there were a few dips and dives where the crowd seemed kind of lost on Slate’s somewhat frazzled musings throughout her 45-minute set, the reception at the end of the night was still a standing O from the packed house, and the Big Mouth actress showered the crowd with gratitude as she exited stage left, and Price took the mic to close up the comedy portion of the evening.

There were no disruptive jeers, or bellows from the crowd (except for the occasional “I love you, [insert comedians name here]!”). There were only a few awkward silences, which were rapidly washed out by uproarious laughter. All in all, the vibe at the arena stage on Saturday was pretty freaking smooth and happy.

Let’s just hope the Sunday crowd carries the baton until Michael Che takes the stage to bring it to a close on Sunday.