Comedy at Boston Calling remains top-shelf through an Arena facelift 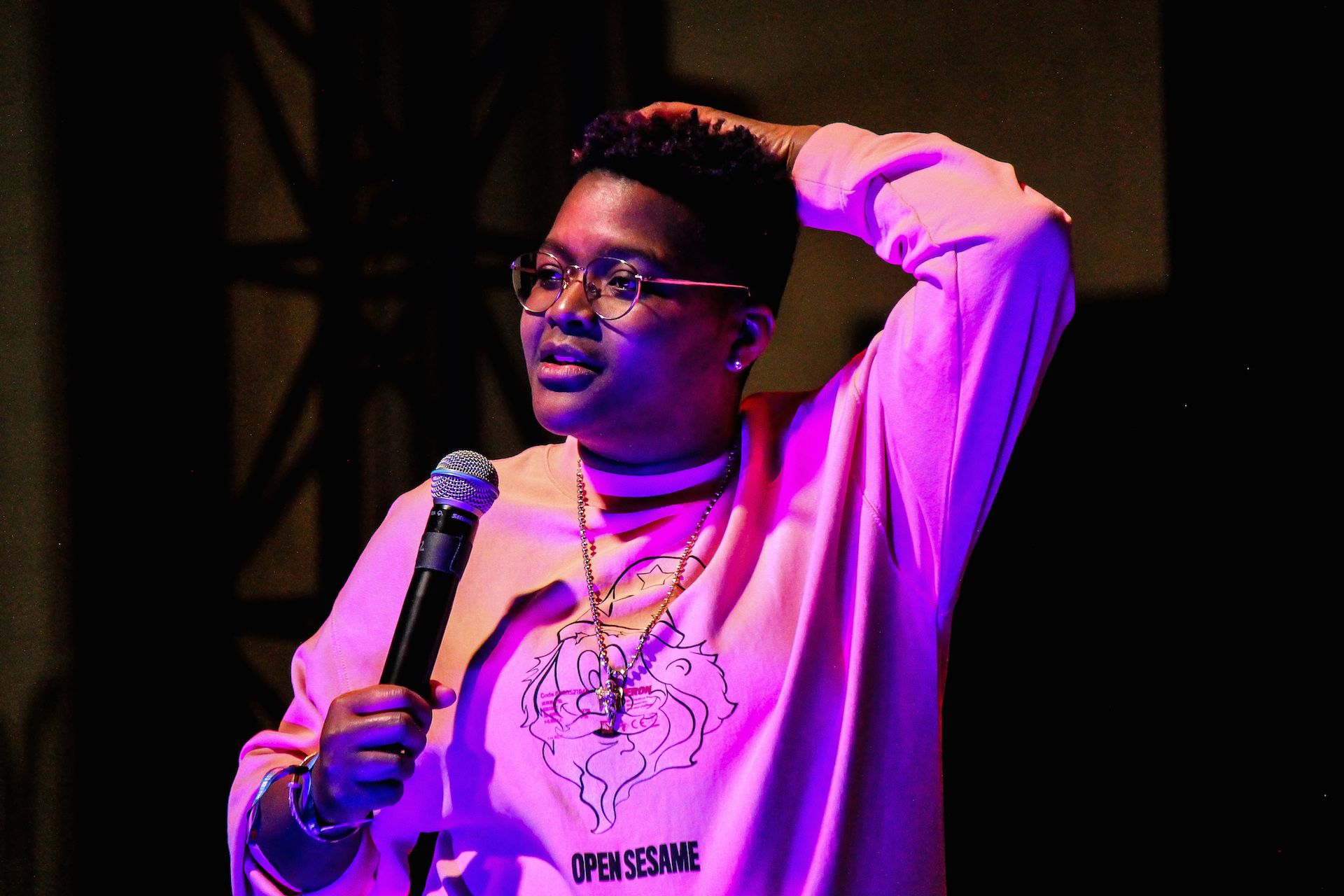 If you’re making your way to Harvard Athletic Complex for the 10th installment of Boston Calling this weekend, you may have noticed that not much has changed, cosmetically speaking, from last year around the festival grounds. But the same cannot be said for the Arena stage.

Sporting a complete cosmetic overhaul compared to last year’s setup, the Bright-Landry Hockey Center seemed more inviting this time around, with a new stage production, Pink Floyd-esque prisms dangling from the rafters, and the sound in the building radiating better overall. One thing that did not receive a facelift in the arena this year, however, was the festival’s ability to curate a lineup of grade-A comedians.

Christening the new stage during the festival’s opening day on Friday (May 24) was Boston’s own Lamont Price, who will be serving as the weekend’s stand-up MC. With his hands raised in the air, the Dorchester native greeted a slowly-but-surely growing crowd with a rockstar’s swagger, relishing in the roaring applause he was met with as he slid the mic off its stand.

After a bit of small talk to welcome the crowd, Price unleashed a cavalcade of stories about Uber pool rides, living in Allston, getting high during Uber pool rides, and reassuring the crowd that while he feels he may look creepy, he would be more likely to engage in snack fights and “nap the fuck outta you” than hang you upside down in his basement and surround you with candles. Closing out his 20-minute opening set with a painfully relatable tale of having to help carry groceries as a young kid and growing up without a Nintendo, Price had the crowd loose by the time he relinquished the spotlight to fellow Dorchester native Sam Jay, who wasted none of her own time getting down to the nitty gritty, and more importantly, the freaking funny.

Before launching her set into the stratosphere with a deep dive into what she thinks about the Trump administration and the hypocrisy of society as a whole with precision and direction in her frustrations (“We’re not better than Trump. We’re a nation of Golden Corral buffets.”), the now New York-based comic expressed how she was happy to be home because “she missed the racism.”

Of course, met with a mish-mash of laughter and applause at the musing, Jay pulled no punches as she proceeded to share stories of relationships, and the ins and outs of what it takes to be part of a lesbian couple. The reception to Jay’s material built as she went over her allotted time on stage and the crowd continued to fill in, but as one festival-goer so accurately pointed out from the bleachers at one point in the set with an echoing bellow, Sam Jay was “fucking hilarious.” She knew it, the crowd knew it — and there was no amount of time that was going to hold her back from delivering a punishing haymaker of a set, full of passion, conviction and sometimes hard-to-swallow truths, to the Friday night crowd.

As the time got closer for the main event to go down, both the floor and the bleachers continued to fill in to watch a true comedic genius at work, and by the time Fred Armisen took the stage, the space was packed tight.

After greeting the crowd with a quick wave, Armisen took an otherwise fairly intense song (Phil Collins’ “In The Air Tonight”), and turned it into a sort of interpretive dance without the dancing, as he stared into the audience, and stood stoically in a single harsh spotlight for the first half of the song. Appearing to gear up for Collins’ iconic mid-track drum fill behind a kit of his own, only to play over it with a bubbly Beatles-type riff when the time came, Armisen’s execution of his introduction already had the crowd howling, and not much of that changed for the duration of his time on stage.

What transpired for nearly the rest of his set was somewhere between a stand-up routine and a music lesson, as the multi-talented Armisen strummed his guitar and slapped the skins to show the crowd that not only does Joe Walsh’s “Ordinary Average Guy” sound good in virtually every key, but to also convey a number of impressions and jokes geared toward musicians, much in the vain of his most recent Netflix special, Stand-Up for Drummers. (“If you hear someone strum an E minor chord while they’re on stage, you just know it’s going to be a long night…”)

Before showcasing the history of punk rock drumming, in his own Fred Armisen way, the Saturday Night Live and Portlandia star yielded a portion of his time on stage to his tour buddy and fellow comedian, Mary Lynn Rajskub, of 24 fame, who added even more depth to the night’s championship-caliber fight card, largely with her take on life as a mom that still managed to make the younger crowd laugh in approval.

Armisen later put the sticks down to deliver some straight-out stand-up material, as he used a map of the United States behind him to show off his ability to do an impression of nearly every state’s respective accent (“Arkansas sounds amazed all the time…”)

Much to the crowd’s disappointment, Armisen’s set had to end at some point, but not before he belted out a medley of songs he created under the guise of fake bands like The Blue Jean Committee for roles in the hit IFC show, Documentary Now!, including “Massachusetts Afternoon,” “Gentle & Soft” and “Catalina Breeze”. Naturally, he left the stage to a standing ovation, as Price joined him at the mic to shut the show down for the night.

The crowd that packed the arena on Friday evening worked in tandem with the titanic comedy forces that took the stage to create a palpable excitement in the room, and given the fact that we’re just getting started here this weekend, that’s probably a good sign of what’s to come.