American Football fill The Paradise with feelings (teenage and otherwise) 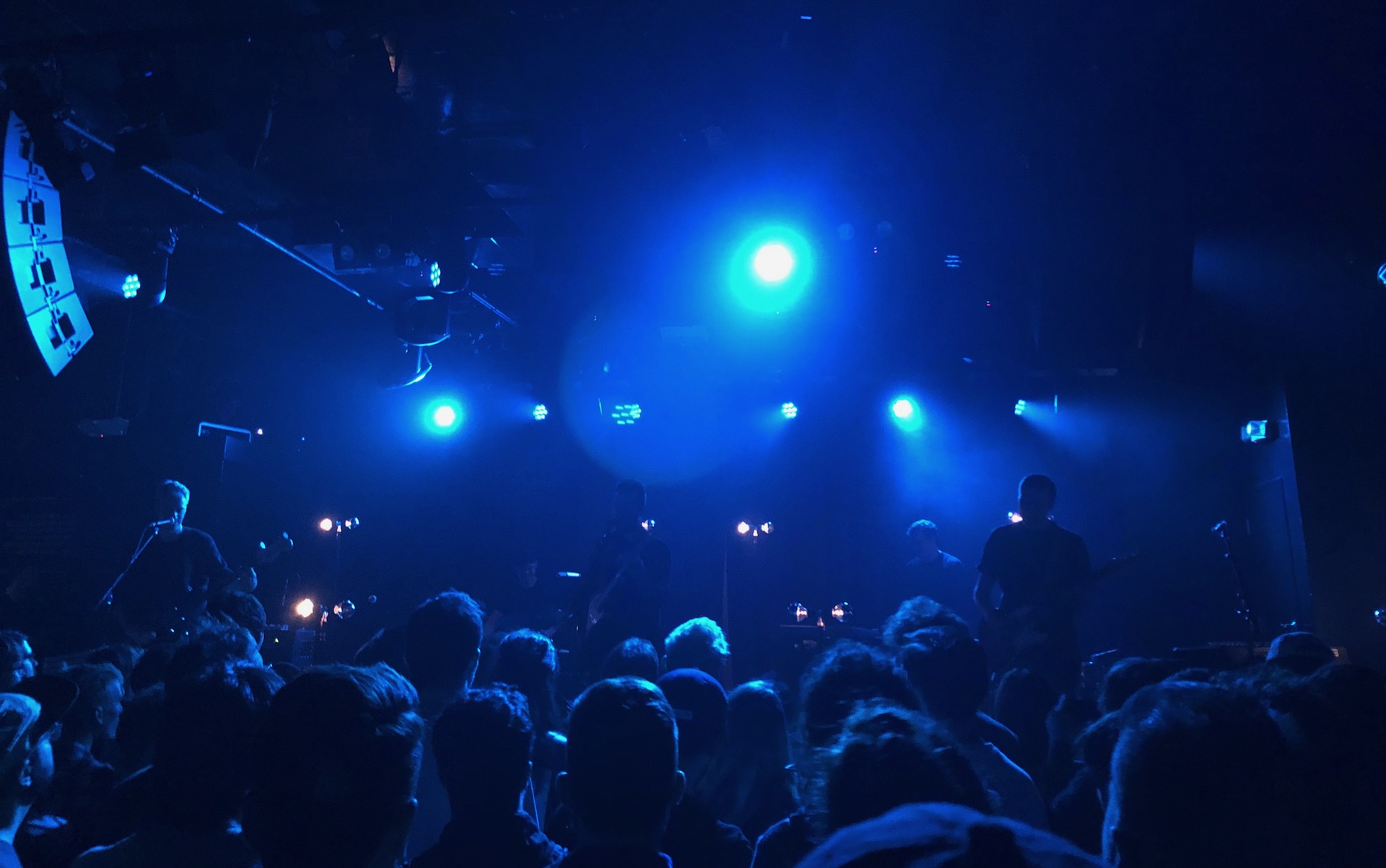 Reunions are a creatively fraught enterprise for any band, but emo bands have it particularly tough; when your primary muse is, as American Football’s Mike Kinsella once memorably put it, “teenage feelings and their meanings,” how are you supposed to reignite that fire in adulthood without making a total embarrassment of yourself?

Listening to the meditative, complex guitar arpeggios and gently wistful lyrics of the self-titled 1999 album that would eventually made American Football a word-of-mouth emo touchstone, however, Kinsella and his bandmates come off more like old-beyond-their-years souls then hormone-crazed youths; in retrospect, it seems obvious that aging gracefully wasn’t going to be a problem. With the March release of their third self-titled record (and second post-reunion LP), American Football pushed themselves far out of their twinkly comfort zone, a risk which may have yielded their best album yet- but how, the fans who filled The Paradise Rock Club Wednesday night (May 22) must have wondered, would they pull off such intricate compositions live?

On paper, Pure Bathing Culture felt like an odd choice to open this show, as their ‘80s-indebted indie-pop would seem to embody the sort of trendiness that has never been American Football’s style. Yet between Sarah Versprille’s impassioned vocals, Daniel Hindman’s defiantly corny guitar solos, and the fact that the chorus of “Devotion” basically rips off the melody of “Escape (The Pina Colada Song),” there was something almost dorky (in the sweetest way possible) about the earnest joy of the Portland band’s Tango in the Night-era Fleetwood Mac homages. Live, they maintained the bright, high-fidelity pop sound of their new album Night Pass, making the indelible melodies of old songs like “Pendulum” hit even harder than they had in their original, reverb-swaddled incarnations. Pure Bathing Culture may occupy a narrow, crowded lane in the music world, but they drive it with style.

The moment the first chiming note of “Silhouettes” hit the air, the crowd burst into a roar of recognition. What followed was a stunningly meticulous performance, the six musicians on stage combining to replicate every one of the song’s gorgeous, intertwined layers. To experience it in the flesh at rock-club volumes was to be submerged in its majestic dolor more thoroughly than even the nicest headphones could manage. American Football is not the kind of band that improvises much or incites frenzied mosh pits; for the most part, they simply play their songs. It’s the total immersion in beautiful sound, combined with the thrill of watching such a delicate high-wire act of musicianship, that made this concert such a worthwhile experience.

American Football brought that same balance of heart and technique to every song, though thankfully not all of them were as bleak as “Silhouettes.” “My Instincts Are the Enemy” and “Give Me the Gun,” both from their second album, offered catchy, relatively compact versions of their noodly post-rock sprawl, while more uptempo selections from their debut like “I’ll See You When We’re Both Not So Emotional” and the beloved “Never Meant” were transformed in this context into cheerfully nostalgic bop-alongs, complete with tambourine and shakers. The old songs also made evident how much Mike Kinsella has grown as a singer, his voice having matured far beyond the yelp-y quality it had two decades ago.

Though anyone who’s caught an Owen show or follows Kinsella on Twitter knows he can be a bit of a smartass, he mostly let the music do the talking on this night. The exceptions came when he twice stopped to offer earnest praise for one of his fellow musicians, denigrating his own abilities so savagely in the process that one audience member felt moved to yell out, “You ok?” First to win Kinsella’s admiration was drummer Steve Lamos, whose deeply moving trumpet solos lent a mournful Talk Talk quality to the transition between “Honestly?” and “The Summer Ends.” The second was Versprille, who did a wonderful job subbing in for the star female vocalists who studded the new American Football album. Whether singing in French on “Every Wave to Ever Rise,” filling Hayley Williams’ shoes as Kinsella’s duet partner on “Uncomfortably Numb,” or lending a haunting ethereality to “I Can’t Feel You,” Versprille nailed every role she was asked to play.

After all the members of Pure Bathing Culture came on stage to sing the children’s choir outro of “Heir Apparent,” a heartwarming moment which would have made for a perfect finale, the long, slow “Stay Home” which served as the actual finale felt like one song too many. Still, if that’s the worst complaint you can think of upon leaving a concert, then that concert was probably pretty damn great.