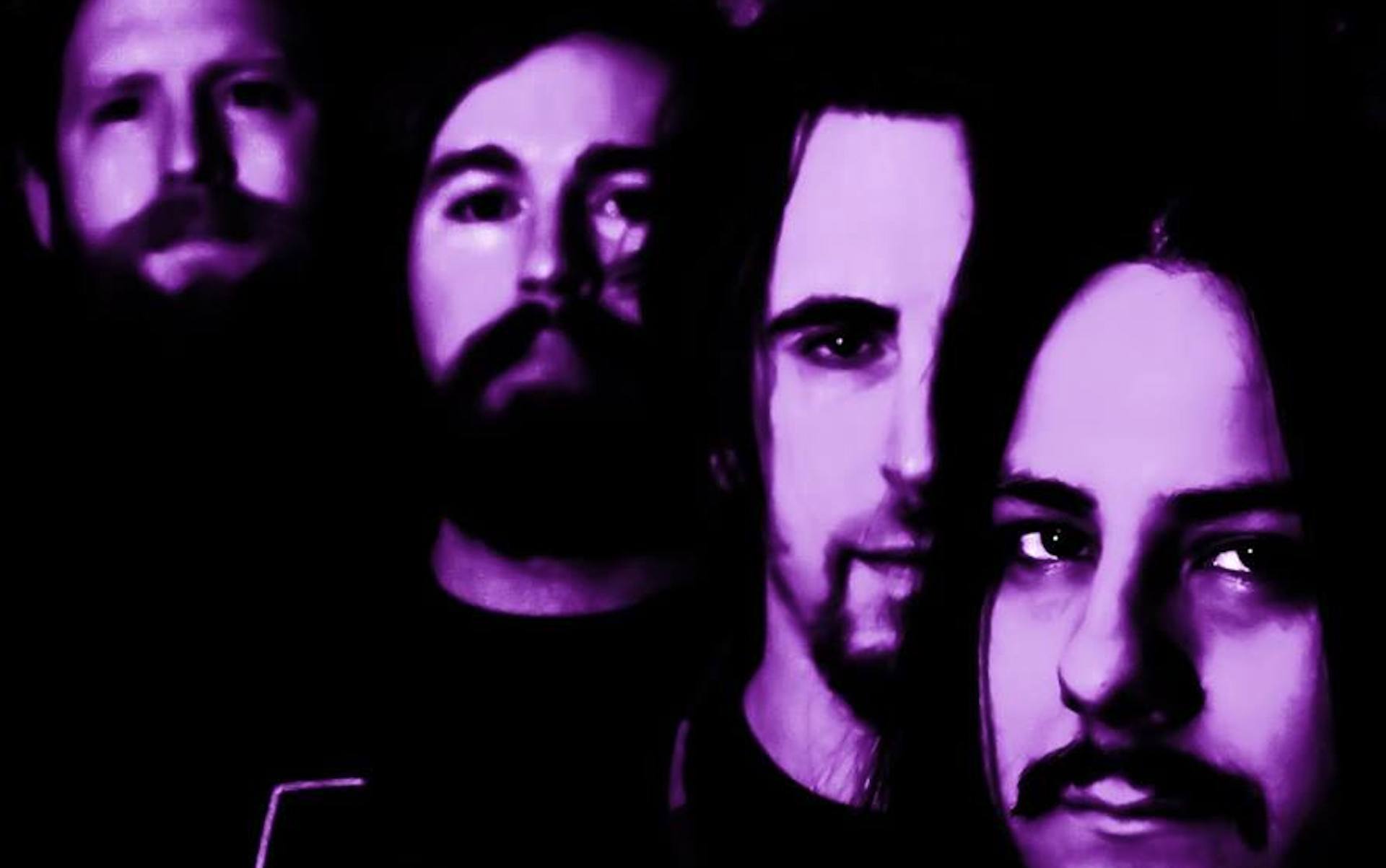 What Studio 52 Says: Stoner/doom rock quartet Mother Iron Horse have put their stamp on Witch City’s music scene; and as possibly the fastest growing band out of Salem, they continue to gain momentum. Massive guitar and bass tones blend with a wash of cymbals and a punishing snare sound so fat it qualifies for a gastric bypass. This monstrous barrage of sound is surmounted by vocals that toggle between singing and screaming, at times drawing from both to create a hybrid that lies somewhere in the middle of the two. Whatever genre you want to call them, Mother Iron Horse undeniably sound like they came straight from of the valley of death and bongs.

Mother Iron Horse had a big year in 2018: They signed to Electric Valley Records (Italy), then took DIY to the next level and built out a studio on the North Shore themselves. The studio is a space completely their own, they’ve dubbed it Hellmouth Records, and wasted no time putting it to good use: They recorded their entire debut album in it.

This morning they unleashed that very album, The Lesser Key, into the world on all major streaming services, and it’s a neck-breaker of epic proportions. The nine-song, 38-minute release comes out of the gate with a tip of the hat to blues just before brandishing pummeling riffs, later evolving into downtempo moments that slowly slither along like a disgruntled slug. The Lesser Key is an instant classic, inevitably destined to fall into the heavy rotation of stoner rock fans around the globe.

The band recently purchased a van to allow them to hit the road with Dutch Guts next month, but locals get first dibs: They’ll be celebrating the new record in Salem this Tuesday (May 21) for Opus’s Metal Night alongside Z/28. We caught up with front man Adam Luca to get the scoop on all things Mother Iron Horse.

Adam Luca: I invited Marco (lead guitar) over to my previous studio and we decided to start a project. Shortly after that Chris was introduced as our drummer, then Devin (bass).  Each of these musicians were my first choice, I’m glad they all said yes.

You guys are a fairly new project, how has translating your album to a live setting gone?

Though the project is new we’ve all been involved in underground music for the last 15 to 17 years. We recorded the record with playing live in mind. I think the audience will be surprised at how it translates.

What can fans expect to see from Mother Iron Horse in the near future?

To see us tour around quite a bit, and we’re already working on new material. So possibly another record by the end of the year or next spring, we are concentrating on touring and shows right now though.

We’re quickly approaching the release date of our new offering “The Lesser Key”. We are truly humbled by all the preorders both in the US and Europe. You all brought us to this point. We can’t possibly thank you enough. . We will have CDs and colored Vinyl available on our upcoming tour and available in our online store . Stay tuned for a very special album premiere next week by @invisibleoranges . . . . . @electricvalleyrecords @hellmouthrecords @weedian.ds #stonerdoom #doom #occult #metal #salem #tour