By Michael Marottaon May 16, 2019
ShareTweet 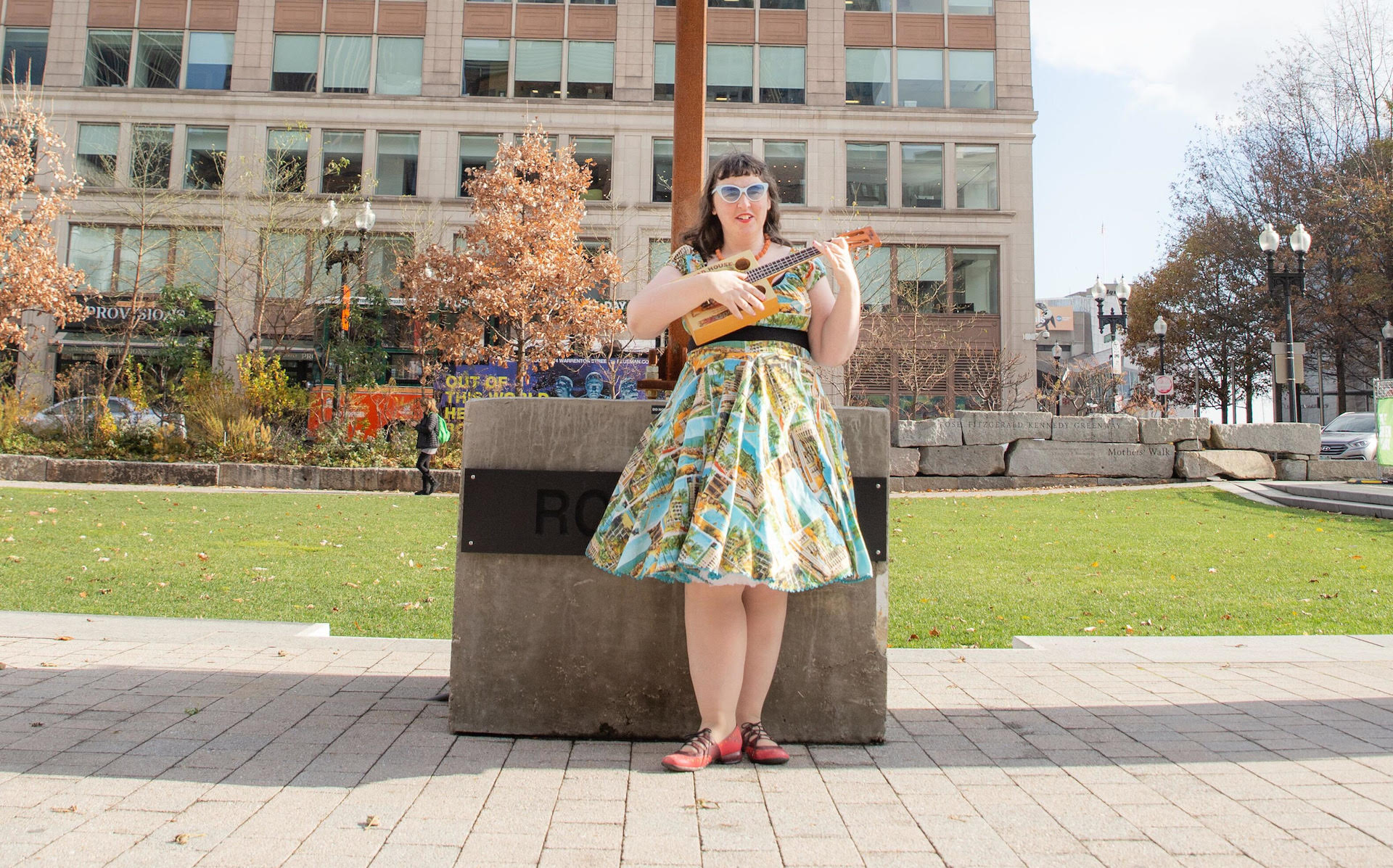 Early last year Travels With Brindle caught our attention with a rather unique approach to one of our favorite recent albums. The performing project of Chelsea Spear covered Alex Lahey’s debut album I Love You Like A Brother in its entirety on ukulele, stripping down all the rock drama and allowing the Australian musician’s true craft for songwriting and storytelling shine through. But the process, and the experience of personally delivering a cassette copy of the covers album to Lahey has inspired Spear’s own creativity.

One of the fruits of all that emerges today (May 16) in “Feather,” a song written in the early hours on a train back to Boston, stopped somewhere in endless Connecticut, after meeting Lahey in New York City.

“I’d downloaded Dumbo, which I hadn’t seen since I was small, a few days previous, and I decided to watch it on the train home,” Spear tells Vanyaland. “Dumbo’s crisis of confidence and the magic feather his mouse friend gave him resonated with me after my trip to New York. I thought about the writer’s block I experienced and how covering Alex Lahey — who writes tight, straightforward pop songs very different from mine — helped me reconnect with what I enjoyed about writing. I scribbled my first impressions on a napkin, put the verses to music when I got home, and posted an early version the next day as part of my 100-songs-in-100-days project.”

Spear, who busks around town and isn’t shy about working in a solo capacity, wanted to flesh out the sound of “Feather” for her upcoming debut EP, Greetings From Rocky Point, so she called on Leigh Calabrese-Eck to add some ghostly aural effects via singing saw, and collaborator Joel Edinberg to produce and mix the track. It was recorded at Zumix in East Boston back in March.

The airy, catchy “Feather” will be performed tonight when Travels With Brindle plays The Midway Cafe in Jamaica Plain. Greetings From Rocky Point is set for release on June 21.

“I will be covering [new Lahey song] ‘Don’t Be So Hard on Yourself’ at the Midway tonight,” Spear admits, “but I have no further plans to stan Alex in such a blatantly obvious way. If she wants to produce the next Travels With Brindle EP, though, we’re available.”