Gould and Goldthwait prove that two heads are better than one

By Jason Greenoughon May 14, 2019
ShareTweet 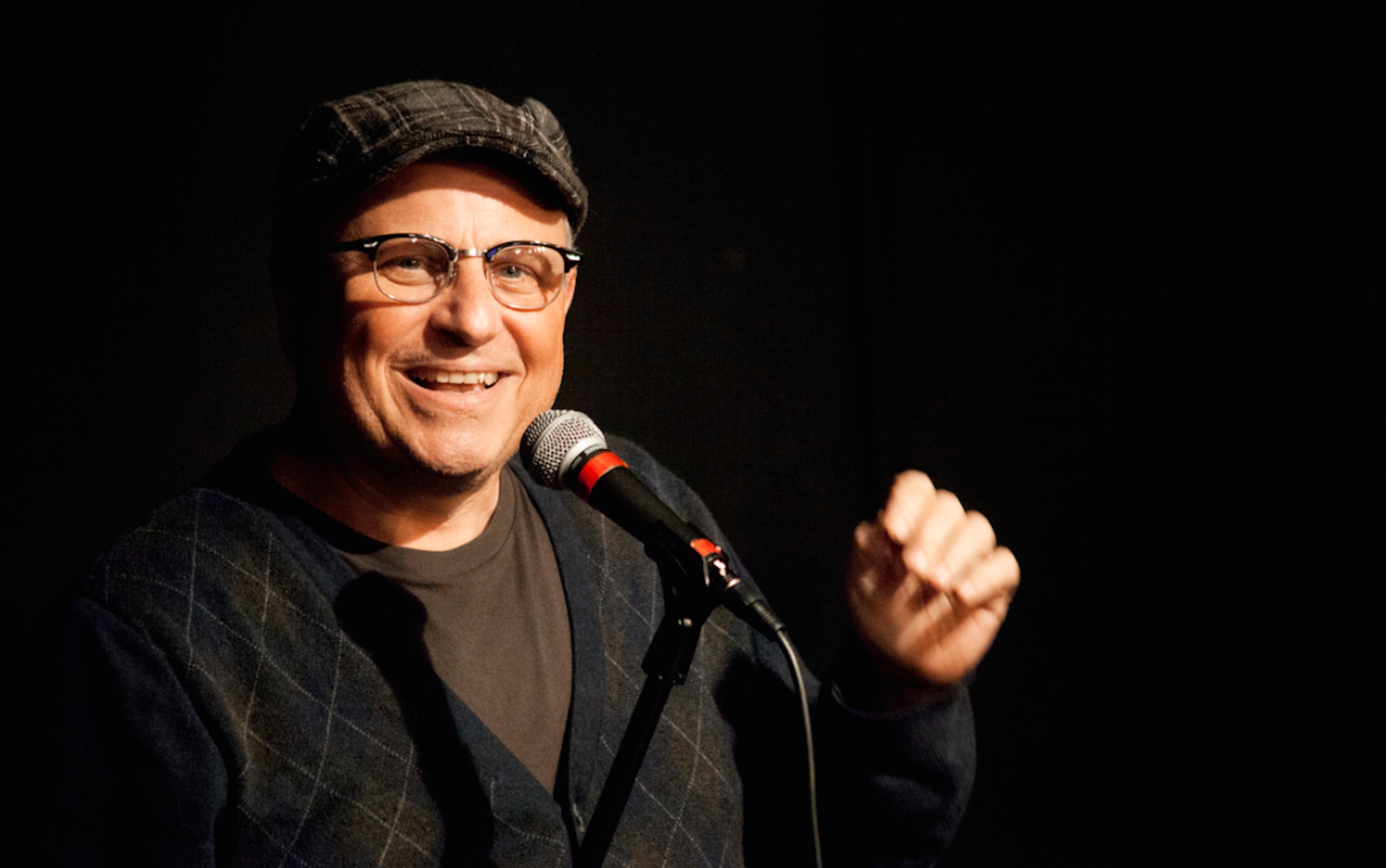 Bobcat Goldthwait doesn’t shy away from admitting that he gets easily distracted. So as long as there isn’t a bird loose in the Somerville Theatre, both he and Dana Gould should be able to conduct their comedy magic without any issues.

Bringing The Show With Two Heads tour to Davis Square on Wednesday (May 15), the dynamic duo will showcase just what a friendship spanning more than 30 years in the comedy game looks like. However, having come up in the same Boston comedy scene (though Goldthwait was well-established by the time Gould began his career), the two have always held more than just a connection in comedy.

They have the same job, the same taste in music and movies, and last year, they both had horror comedy shows on TV — with Gould heading Stan Against Evil on IFC, and Goldthwait creating Misfits & Monsters on Tru. The parallels of their careers run deep, and once they got to talking about doing some shows together, everything came together and then some.

“We figured we would do a date in Los Angeles, and maybe a gig in New York or something, but we found that people were really into it, so we booked a whole tour,” Gould tells Vanyaland. “The really good thing about it is, having other gigs, when we get to do stand-up, we do it because we like it. It’s not a terrible grind where we’re out on the road, clomping around. The great part about diversifying is that you never get too sick of one thing.”

The tag team is looking forward to bringing the show back to their comedy roots (and in Gould’s case, home) this week, since they get to hang and share the stage with longtime friend Tony V, but Goldthwait is also looking forward to seeing certain people beyond the stage.

“There’s a real connection with the references, because you know where you are, and you know the people,” says Goldthwait. “Personally, I’m looking forward to meeting Dana’s family. I have a feeling a large piece of that puzzle will snap into place when I meet them.”

In a time where comedy has become an absolute minefield and political and social commentary, Gould and Goldthwait are avoiding the specifics of politics. The way Gould sees it, there’s more that connects them to the audience than what separates them, but while he and Goldthwait are looking to unify the crowd with their comedy, they also want to explore what’s relevant. Always up for the challenge, Gould isn’t looking for any lay-ups, as his hero, George Carlin would say – he doesn’t “do” lay-ups.

“It’s a really interesting time to be a comedian, because we’re in the middle of defining what’s cool again,” says Gould. “There are things that I did on my last special that I couldn’t do now, and I find that really exciting. I’m not one of those people that complains about it, because I like to adapt and change, and I like the challenge. It’s great to go out on stage and explore where the line is for people.”

Gould and Goldthwait are a match made in comedy heaven. Separately, their material has been long regarded as some of the best in the game. But it’s what they do when they share the stage together during these shows that truly gives this tour a unique perspective, and that is what makes Goldthwait the happiest.

“It seems like everyone likes the time that Dana and I are on stage together the most, and I’m glad, because that’s what makes this unique,” says Goldthwait. “When you’re watching a stand-up show, it’s like you’re watching three strangers, but this show definitely has a real friend vibe to it.”