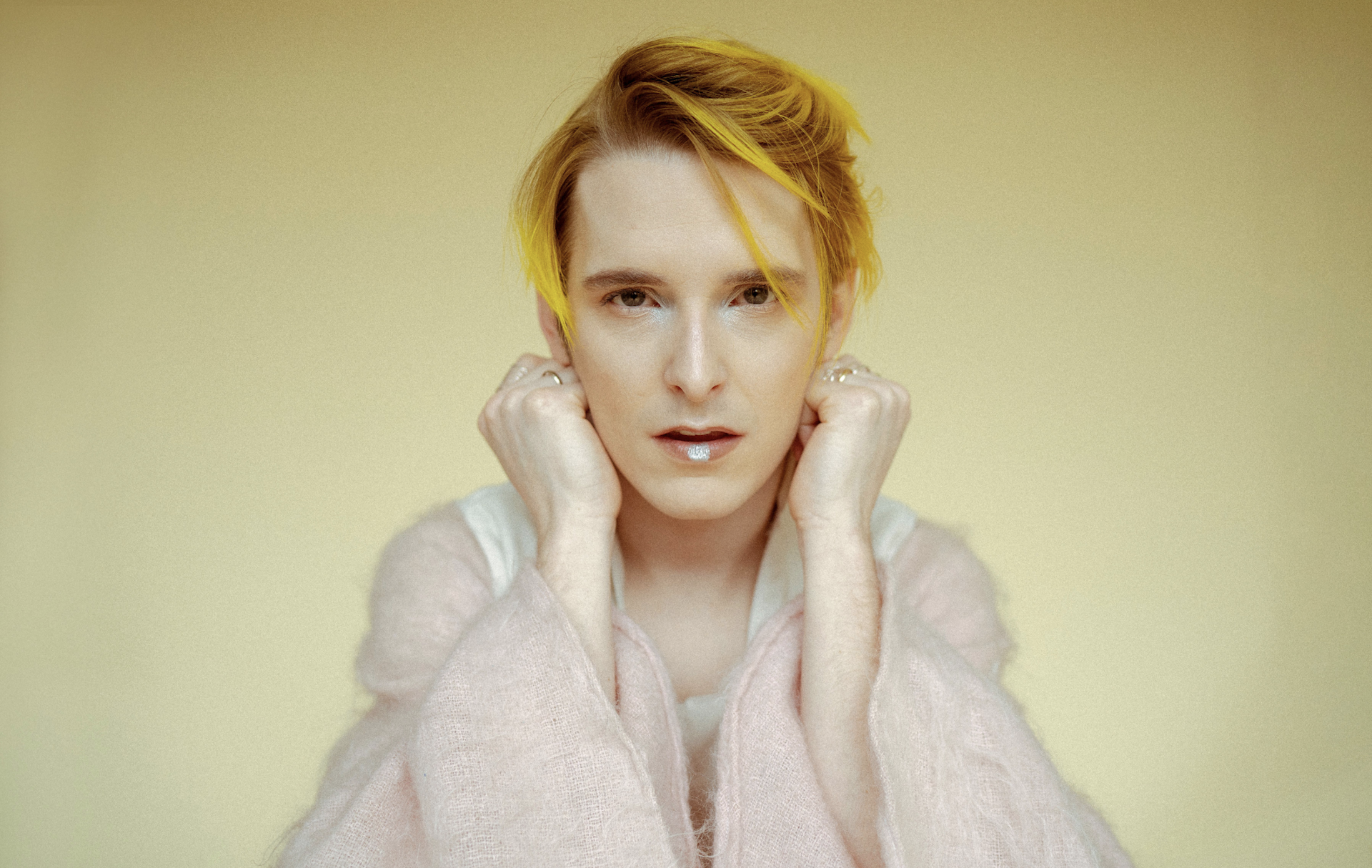 When Diane Coffee’s starship of a synthpop album landed in April, the futuristic dystopia that it unrolled didn’t seem all that unfamiliar: Technology is omnipresent, the labor force remains overworked, the overlords constantly loom nearby.

Internet Arms’ plot paints a picture that reaches frighteningly close to reality without skimming the surface. In short, it’s a modern masterpiece fashioned out of fear and fabulousness.

And you can trace a major portion of those exquisite songwriting skills back to Boston, Massachusetts.

Before singer Shaun Fleming was Diane Coffee, he was here in Boston, crashing on a couch in his California pals’ living room for months at time. He eventually joined With Engines, the band of those same friends, going on to perform both here in the city and New York. This Wednesday (May 15), Fleming returns to his Bay State beginnings with his own solo schtick to perform at the Middle East Upstairs with Active Bird Community and Jackie Mendoza.

“I have incredibly fond memories of my time in Boston. . . it was at that time that I started really honing my craft as a writer,” Fleming tells Vanyaland. “I have endless demos from that time, several of which ended up directly inspiring songs on My Friend Fish. Just before we all moved back to California, I had my one and only show as ‘Shaun Fleming.’ It was at All Asia and all the friends and connections I had made were in attendance.”

Those are the few Boston folks who can say they witnessed Fleming solo and in the flesh before Diane Coffee — an “amplified version” of himself, Fleming says — took the reins circa 2012-2013 when his time as the live drummer for Foxygen was waning.

“I think of Internet Arms as loosely conceptual,” Fleming explains. “Not every song on this album is about mankind’s relationship to tech or the digital dystopian realm, but every song is written as if Diane Coffee were living and writing in that space.”

“Going into this record, I knew that I wanted to establish a more synth-heavy pop sound for this project,” he elaborates. “I found myself gravitating to artists like Christine and the Queens, Robyn, and The Dø. At the same time, I kept coming across stories about ‘deep fakes,’ the future of A.I., and the social impact of modern technology.  I had just fallen in love with Simon Stålenhag’s book Electric State earlier that year, and for me, it’s hard to separate the fantasy of artwork and the potential reality it explores. Yes, we haven’t ACTUALLY been sucked into an alternate world where our computer overlords force feed us digital stimuli to keep us subservient… but it can certainly feel that way sometimes.”