By Jason Greenoughon May 6, 2019
ShareTweet 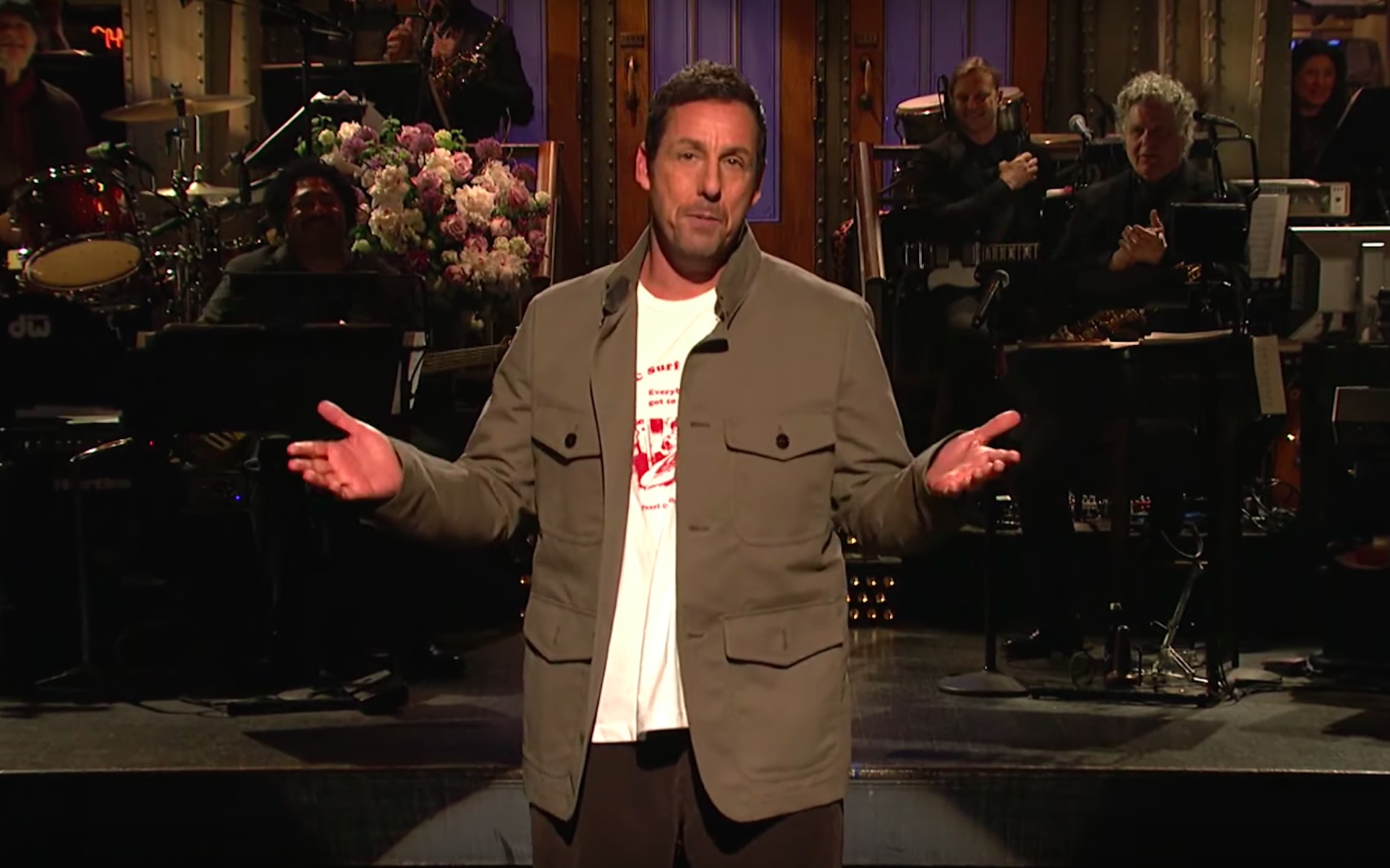 Twenty-four years after being fired from the show, the comedy legend returned for a monumental hosting debut

Over the last few years, it hasn’t exactly been a secret that Saturday Night Live has failed to maintain its position as a powerful, undisputed force in comedy. But for one night this past Saturday (May 4), after much anticipation, viewers were brought back to a time in the titanic sketch show’s history that harbored some of the most iconic skits of its now 44-season run — and it’s all pretty much thanks to Adam Sandler.

Returning to the stage at 30 Rockefeller Plaza for the first time since getting fired from the cast in 1995, Sandler, who releases his latest film Murder Mystery next month, cleared the air right away with his monologue. Exhibiting no ill will and his appreciation for the opportunity to host for the first time, his opener even included a little ditty that took a playful jab at show-runner Lorne Michael’s decision to 86 the New Hampshire native back in the ’90s. Joined on stage by Chris Rock, and then current cast member Pete Davidson to join in on the good-natured ribbing, the night was off to a great start, and immediately drained any worry of animosity from the Sandman.

As monumental as his return was, Sandler’s participation in the evening’s sketches didn’t feel overbearing or forced, and didn’t make some sort of cheesy attempt to bring the show back to the feeling of Sandler’s heyday. Instead, Sandler’s roles within the skits injected his comedic genius into the present day vibe of the show.

Whether he was a militia lieutenant covered by Snapchat filters, the guitarist of a rock ballad, or a proponent of a vibrating butt-plug marketed as a remedy for ED, Sandler’s roles made otherwise unbearable minutes possible to stomach. The more Sandler-led sketches, like an infomercial for tours of Italy, and the Sandler family reunion, which included appearances by Kristen Wiig and Jimmy Fallon, included depictions of Sandler’s most iconic roles had a more natural flow to them, especially in terms of getting laughs.

There were many rewarding points of Sandler’s moments on camera, but judging by applause, none were as enthusiastically welcomed as the re-emergence of Opera Man during the Weekend Update segment of the show. It was the ultimate callback to Sandler’s tenure on the show, and it was worth every corny punchline leading up to that point.

Even with that trek down memory lane, arguably the best moment of the night came in the form of Sandler’s warm and loving musical tribute to his ex-castmate and best friend, Chris Farley, to close out the show.

It’s become more of a common occurrence to see a more serious side of Sandler in recent years, and we’ve had the chance to shed our initial tear over the track on his newest stand-up special, 100% Fresh, but there was just something about him bringing it out on the same stage he and the eccentric Farley shared for a number of years that added a whole layer of meaning and heart to it.

Sandler made this weekend feel like old times again, so for the sake of everyone watching, let’s all hope that this isn’t the last we see of Sandler’s hosting chops.