Ratboys’ road to ‘good luck’ is paved with post-country music 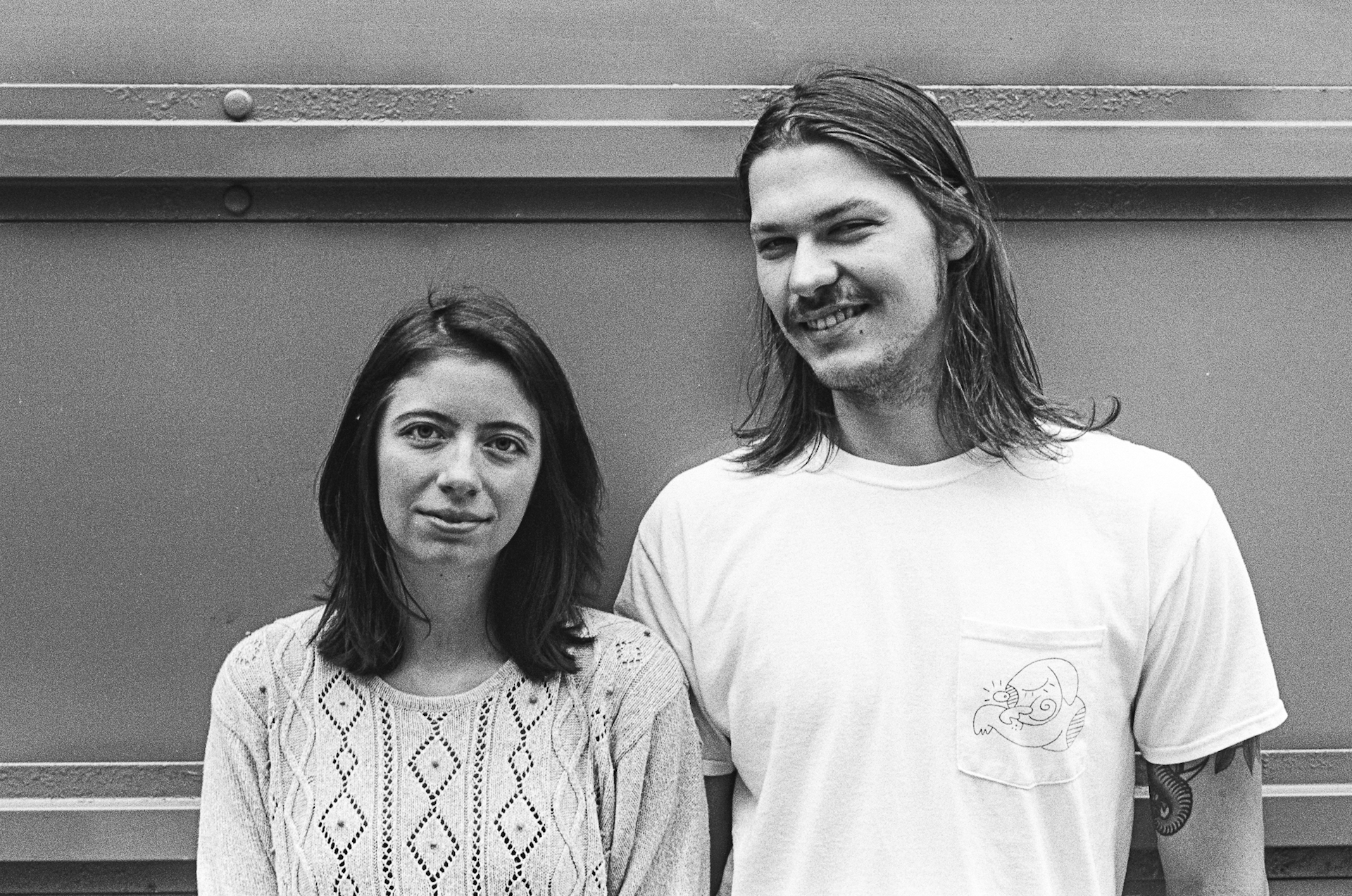 Ratboys have Illinois alternative music history down to a science. So much so, that when lead singer and guitarist Julia Steiner recalls the styles of fellow in-state groups Uncle Tupelo and Wilco, she puts forth her own burgeoning genre on the (turn)table: Post-country.

“Post-country music to me is music that draws influence from the alt-country music that came before. Bands like Uncle Tupelo and The Jayhawks and even Lucinda Williams’ and Tom Petty’s ’90s and 2000s records have influenced a massive amount of contemporary indie and DIY bands, and to me, it shows,” she explains to Vanyaland. “I agree that genre semantics shouldn’t be taken too seriously, which is largely where the idea for post-country came from in the first place.”

Clearly, if current phenomenon “Old Town Road” by Lil Nas X has proved anything, it’s that country music knows no single form — and Ratboys have been running with that idea for eight years now.

Following the release of last year’s EP GL (which stands for “Good Luck,” prefaced by its counterpart album GN –“Good Night”), the Chicago group performs alongside PUP and Diet Cig this Thursday (April 25) at Royale.

Read on below for Vanyaland’s chat with Steiner about Ratboys’ forthcoming LP, writing outside of her personal experiences, and why exactly post-country is a totally valid subgenre.

Victoria Wasylak: It’s been a year since the release of GL. What’s next for you, release-wise? Did you know you were going to release a follow-up of sorts when you recorded GN?

Julia Steiner: We recently recorded our third LP here in Chicago at a studio called Decade. Out of 10 songs, we recorded eight of them live, with drums, bass, and two guitars all being played in the same room at the same time. We’ve never tried that approach before, and we’re really excited with how it turned out. These new recordings sound much closer to how we sound on stage these days i.e. a bit more present and rockin’.

When we recorded GN we knew we had a few extra songs on the table that we still wanted to record. We had some free time a couple months after we recorded GN so we went back to the same studio with the same engineer (our friend Mikey Crotty) and laid down the songs on GL. It all came together really quickly and felt like a good extension of the LP.

Most people write songs about themselves or people they know personally. Turning the focus outward — towards people you don’t know — tends to be much more difficult. On songs like “Crying About the Planets” [about Antarctic explorer Douglas Mawson] and “Peter the Wild Boy,” why did you choose to write about people you’ve never met? What was that like, and how did you pick those two people in particular?

It’s weird, I find it to be almost the opposite of what you mentioned — I have a lot of trouble writing about myself, mainly because I, like everybody, have a tendency to repress memories of pain or discomfort that I’ve experienced. So digging up the stuff that feels important and necessary to grapple with in a song takes time and hurts. Also, I sometimes get self-conscious that writing about details of my own life will keep people from relating to the songs or enjoying them. But, I usually snap out of that and let myself write lyrics for me. And then let people do whatever they want with them.

I feel like 80 percent of the lyrics I write are about my life and my experiences. But then sometimes I come across absolutely incredible and gripping true stories in reading books and Wiki articles, and I feel compelled to write about them. I find sometimes, with the stories I feel most drawn to, that the facts themselves are poetry, that the events and history is already so loaded with meaning that lyrics come quickly and spring from one to the next, because the story is already there and just is ready to be discovered. Stumbling upon figures and stories like that feels like a huge gift whenever it happens. It doesn’t happen often, but when it does I try to make the most of it.

You’re a duo, but you tour with additional people. Is that hard to adapt to? How does it change the band’s dynamic, or your sound overall?

Yeah, Dave and I started Ratboys as a duo back when we met as college students, but we started playing with a more full-band setup, adding drums and bass, very early on. We’ve always toured with at least four of us in the band, and that feels so natural and satisfying. Shout out to our friend Sean Neumann, who has been playing bass with us live for more than two years now, and to our friend Marcus Nuccio who has toured with us playing drums since 2017 as well.

We’ve actually gotten to tour with nine different drummers up to now, including our friends Ian Paine-Jesam, Nnamdi Ogbonnaya, Brendan Smyth, etc. Our friend Cody Owens joined us on the trumpet for a bunch of tours as well. Dave and I always feel honored and grateful that our friends are willing to lend themselves to our songs and make them better.

But yeah, it wasn’t really hard to adapt to playing with more people at the beginning because that’s what I wanted. I remember being in high school and watching First Aid Kit get big, first on YouTube and MySpace, and then they eventually started touring and have had a really successful career in the music industry. I saw them perform in Dublin in 2012, which was a year after Dave and I started this project, and they had a full band adding all sorts of cool elements to their songs. Their duo dynamic was still intact, and yet there was still more to love on stage. That’s kind of the model for what I want our band to be like.

I typically don’t get into genre semantics,  but I have to ask — what is post-country music to you?  How do you fit into that style? And how does that fit into the DIY world?

Post-country music to me is music that draws influence from the alt-country music that came before. Bands like Uncle Tupelo and The Jayhawks and even Lucinda Williams’ and Tom Petty’s ’90s and 2000s records have influenced a massive amount of contemporary indie and DIY bands, and to me, it shows. I hear a lot of acoustic guitar and steel guitar and train beats and traditional storytelling techniques floating around in music right now, but oftentimes in fresh, fractured, original ways that sound reminiscent of a style but also totally new. Spencer Radcliffe, Pinegrove, Bad Heaven Limited, Waxahatchee, all sound like post-country to me. I’m not sure if they’re down with the term, but hopefully so.

I’m right there with you, though, I agree that genre semantics shouldn’t be taken too seriously, which is largely where the idea for post-country came from in the first place. When I first met Dave, he introduced me to a bunch of subgenres I had never heard of like post-hardcore and post-punk and post-rock, and I was just like what the hell. I was so confused and amused by all of that. But then I thought about sticking a “post-” in front of country, and it actually made a lot of sense to me, I think it’s interesting to see how sounds continue to develop across generations or even just as we all get older. For me, if Uncle Tupelo is alt-country, then Wilco is post-country.

You released your first song together 10 years ago. What does it feel like to reach that special milestone as a band?

So we really need to change the date of that first Bandcamp release because we actually recorded it in 2011, not 2009. We put 2009 as the release year because it was a cover of a friend’s song, and the title that he had used on MySpace had “2009” in it. We put up our first songs on Bandcamp on April 1, 2011. The past eight years have been amazing, and we feel so lucky to still be making music together. 2021 will be a big year, that’s for sure.