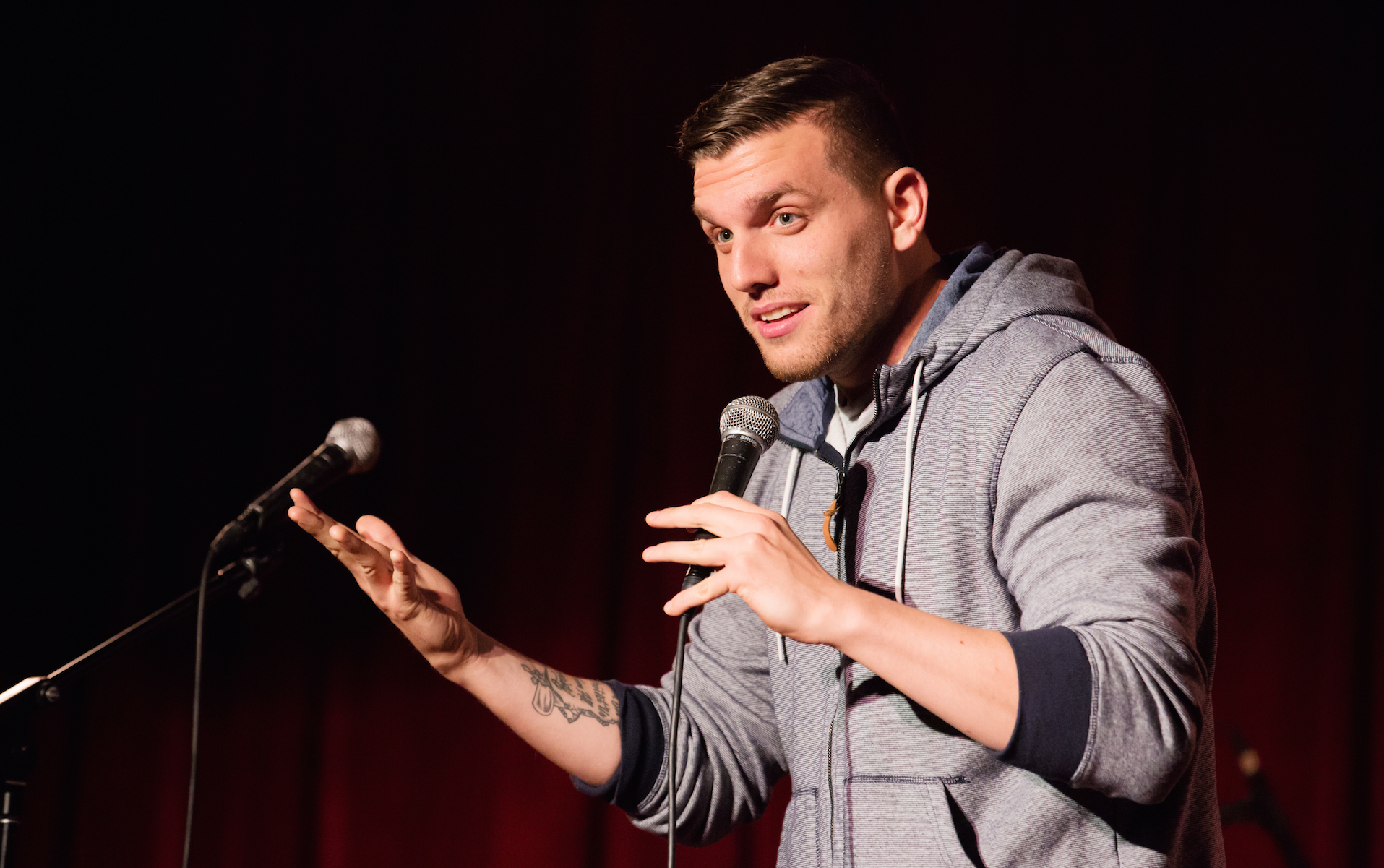 The LA-based comic comes to town this weekend with a handful of new material, and an excitement for the future.

We’re about to see a whole lot of Chris Distefano. He’s got a new podcast with Comedy Central, as well as an overall deal set in place to bring his second stand-up special to the network, and there’s even an autobiographical cartoon in the works.

But before he does all that, he’s taking whatever precious free time he has, and he’s making his way to Boston.

Starting on Friday (April 26), Distefano is hitting up Laugh Boston for four shows this weekend, and while it isn’t exactly new for comedians to admit that Boston has the best comedy stock in the country, it gives the New York native a fresh perspective when it comes to seeing the similarities between Boston and the Big Apple.

“I just feel like the fans in Boston are so great, and especially being from New York, I see Boston having that same mentality of ‘if it’s funny, we’re gonna laugh and give you respect, and if it’s not funny, we’re just gonna look at you,’ and I love that,” Distefano tells Vanyaland. “The honesty in Boston folks is what I’m used to, and I feel like that rivalry between Boston and New York can be used as an ice breaker at shows.”

Speaking of rivalries, Distefano is on the side of the debate that believes there is a rivalry between the two cities that stretches beyond sports, but he’s certainly not taking it too seriously. The former Guy Code contributor understands what makes both cities so intense, but when it comes to Boston, he feels that the intensity is vital in breeding the city’s comedic genius.

“It gets so cold in Boston, especially since you’re on the water, and it just pisses people off a little bit. Especially back in the day when the Red Sox weren’t winning as much, you just had folks walking around being pissed off,” says Distefano, with a chuckle. “I feel like the best comedy comes from being a little pissed off.”

Between filming Stupid Questions with Chris Distefano and getting together the creative ammo that will prove to be the follow-up to his debut stand-up special, Size 38 Waist, Distefano doesn’t have as much time to devote to stand-up as others do. Nevertheless, he’s still focused on bringing you the best, night after night, and he’s hoping to make you laugh — but not laughing helps him out, as well.

“It’s interesting, because I was surprised to see how many people had actually watched the special, because there have been times since it came out that I would tell a joke from that material, and it wouldn’t get as much of a laugh as it did before it came out,” says Distefano. “It motivates you to write new material, for sure, but I’m also picking up a few things from the special in this new hour and expanding on them.”

Distefano has grinded for years to get to where he is now. Through acting, stand-up, hosting gigs, and more acting, the LA-based comic has blazed his trail down a number of avenues in entertainment. But now his goal is within reach, and he’s not forgetting to give credit where credit is due.

“I’m ‘Chrissy Pilots’… ‘Chrissy one-and-done’… Either I get on pilots and they don’t get picked up, or they get picked up for a season and then get cancelled immediately,” says Distefano. “I’ve had a lot of opportunities, and I’m grateful for all of them, but with Comedy Central, I feel like I have a better chance at getting one of these shows on air and having it stick.”

Even with all of the projects coming his way, Distefano is still looking to the future, and is always trying to build on what he’s already achieved in the comedy game.

“I’m looking forward to that second hour special out, and hopefully getting my cartoon about my life on the air. I’ve always wanted to get a show about my life on the air, especially when it comes to the relationship I have with my dad and my kid,” says Distefano. “I’ve always wanted to get that story out there. And with that second hour special, I think it will really cement in people’s minds that when they see my name on the marquee, they know that I’m a comedian worth paying to see live on stage.”