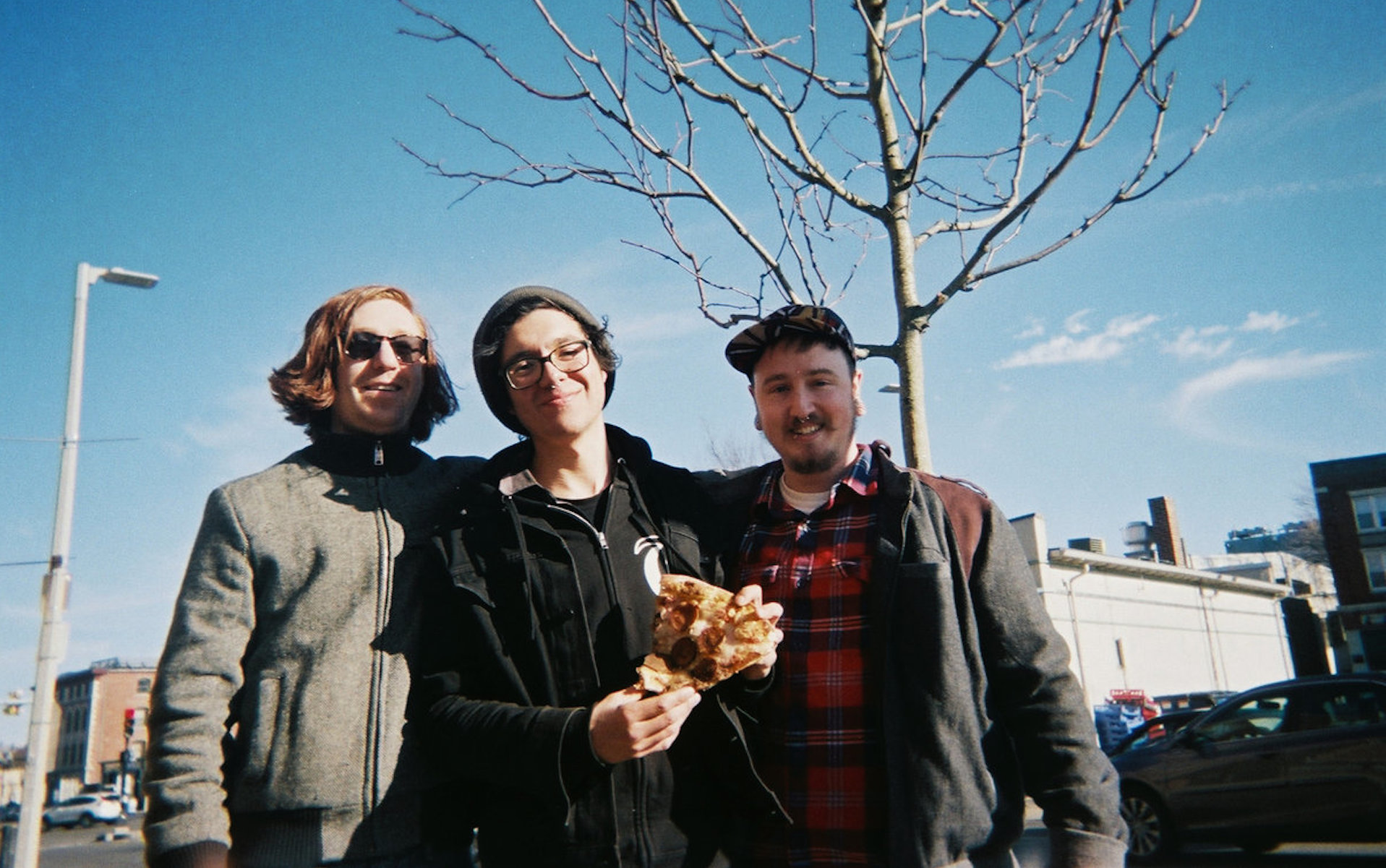 What Studio 52 Says: Sludgy alt rock trio Sneeze are keeping grunge alive (and well) in 2019, with each of their releases sounding like the born-on date attached to it must be 20 years off.

Beefy, muddy guitars vibrate your chest and blend beautifully with pummeling crash cymbals, creating a monstrous sonic tidal wave that will absolutely contribute to that pesky ringing in your ears. Vocally things are steered in a bit more of a pop-punk direction, as their catchy melodic nature is embellished by clean enunciation, and are therefore somewhat easier to comprehend than the angry mumbles that are traditional grunge vocals. With four releases and a handful of tours since Sneeze emerged in 2010, their natural evolution hasn’t strayed too far from where they started out, their most recent release Rot is satisfyingly similar to their debut Grandma In The Trenches, but does flaunt a little extra dynamic experimentation with their signature muddiness.

Studio 52 recently caught up with Sneeze about how they came together and what we can expect from them in the near future. Here’s Sneeze vocalist/guitarist Derek had to say:

“Sneeze formed while my hardcore band at the time, Coerced was on tour with our good friends in Veloz. In the middle of long drives and days off Jack and I would write these darkish grunge pop songs. We got back home and started working on polishing these up and getting them recorded asap. This ended up being our first 7-inch, Grandma In The Trenches. We played a good amount of shows but it wasn’t until a year later we finalized a line up — same line up as today Derek, Danny, Julian — and did our first US tour with the Clippers. This has basically been in repetition since then. Write a record and tour and we have no plans to stop. We have just finished our new LP which will be announced a lot sooner than we expected — next month or so. Definitely keep track of our Facebook to get more details on that very very soon, I can’t say too much about it now.”

Grunge isn’t dead, it’s just undergone a pop-friendly face lift and fallen victim to allergy season. Sneeze will be opening up for Kal Marks and Life in Vacuum tomorrow night (April 6) at O’Brien’s Pub; expect a blend of old tunes and a potential sneak preview of songs from their forthcoming record.

Attend: Sneeze play O’Brien’s Pub in Allston on Saturday (April 6) with Life In Vacuum, who are currently on tour —