Gastor Almonte aims to tell an important story with ‘Immigrant Made’ 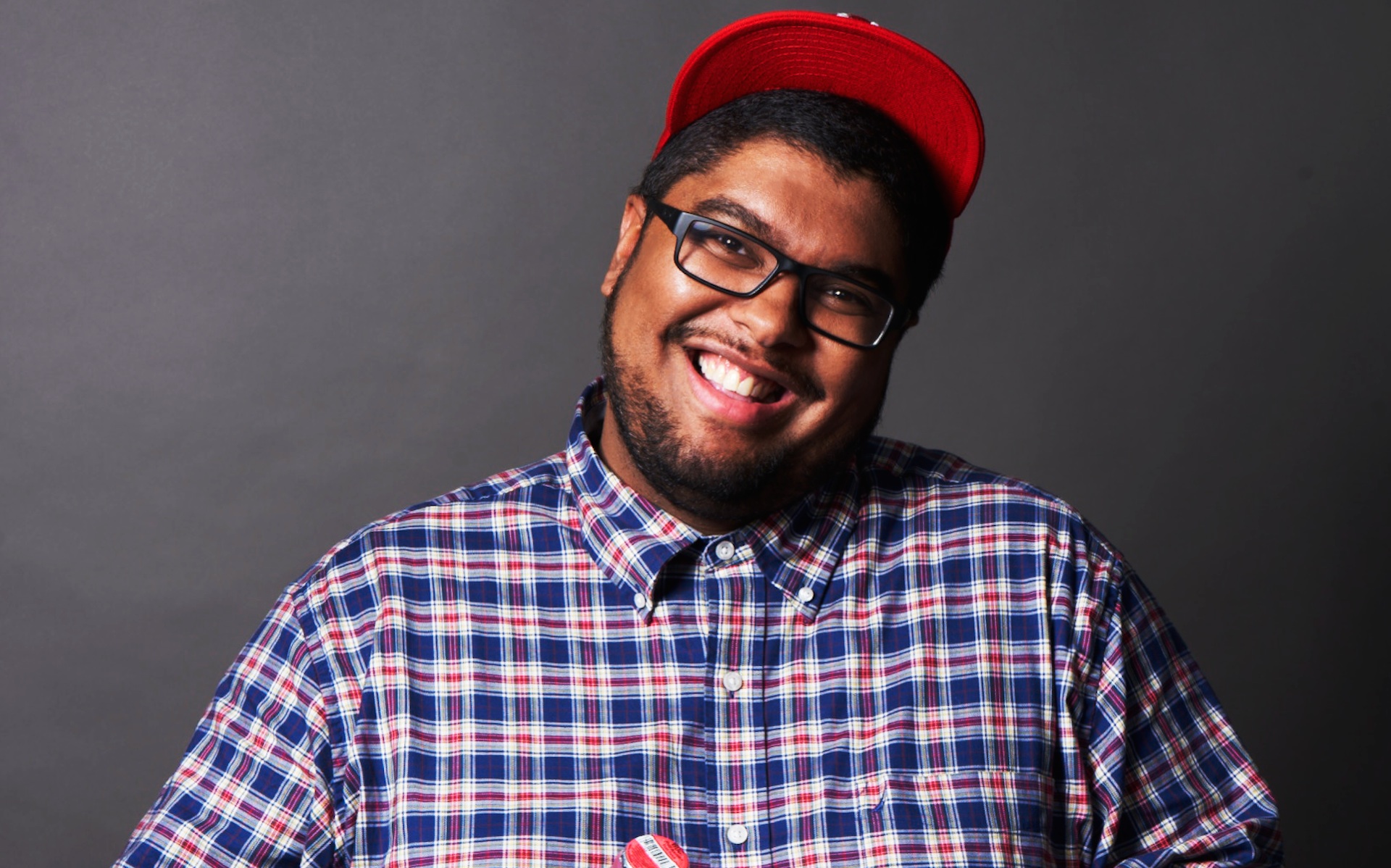 The Brooklyn native drops his debut album today, and hopes to open eyes and minds to the opportunity and hope immigrants bring to America

He may show pride in repping his hometown of East New York in Brooklyn, but Gastor Almonte wants you to remember that first and foremost, he is immigrant made.

With his debut stand-up album, Immigrant Made, dropping today (April 5) via 800 Pound Gorilla Records, Almonte aims for the unique, as he shares the story of his family coming to America from the Dominican Republic and the many aspects of life affected by an immigrant upbringing. From the cultural and financial significance he finds in being able to buy steak for his son, to his Grandfather urging him to invest in crime-thwarting chickens, Almonte paints a picture with his storytelling abilities that depict the life of a son of immigrants in both genuinely vulnerable and hilarious detail.

“It’s a really personal project for me,” Almonte tells Vanyaland. “Aside from that, it felt great to get to work with the home team. I grew up with the producer, Ricky Rubio, and the director Peter Anthony Red has been a lifelong friend. To be able to work with these guys, who I love and admire as people, and put something together like this, it was just a really special experience.”

Recorded at The Tank in Manhattan, Almonte wanted the album to not only reflect his own life as the son of an immigrant, but also represent those he grew up with in his Brooklyn neighborhood. The reception and support he received from his hometown has Almonte on cloud nine, and he feels honored to be able to represent the neighborhood in a positive way.

“I had the opportunity to do two different shows, and one show in particular was very East New York heavy,” says Almonte. “A lot of people that know me from the area, and even people who came out to shows specifically because I’m from their town, came out and introduced themselves to me to tell me they were big fans of mine. After the recording, seeing those people raving online about the show, and to see their genuine excitement to have someone as sort of their advocate for them, it was really an honor to see that reflected in their opinions.”

Recording the album was a special experience for Almonte, but putting together the video special, which lands on Amazon on April 12, was a whole new ballgame for him — and one that he enjoyed thoroughly. Almonte sees stand-up as the most vulnerable art form, since he’s up in the spotlight alone, so he wanted to evoke that emotion through the video special, and put his own stamp on the how stand-up specials are presented.

In the visual hour, Almonte includes a documentary-style format in between bits to tell the story of his family, and while he had fun doing it, he feels that it’s really his responsibility as an artist to make something that pushes the creative boundaries he feels too many comedians are adhering to when they shoot their hours.

“You can see me perform all around the country, and I feel like you’ll get a unique experience, just like you will if you listen to the audio album,” says Almonte. “With the special, it’s planned out. There’s an opportunity there to do more with the medium, and I feel like it’s the responsibility of an artist to re-evaluate that regularly.”

Putting the special together the way he wanted was exciting and fun for Almonte, and it came out exactly as he had planned – but there came a time while filming that brought that vulnerability he wanted to express to a head. Before the taping, Almonte wanted to make sure that none of his family or friends were in the front row. He didn’t want any home field advantage. Everything went according to plan, until Almonte noticed that, while not seated in the front row but still directly in his line of vision, his parents were staring right back at him.

This shook him significantly, because near the end of the special, Almonte recaps the story of his parents, and he knew from the very beginning that he would have to look at a certain camera that just happened to be right in the general area of where his parents were seated.

“That was the first time I ever performed it, and it was while literally facing my parents,” says Almonte. “It was a tough moment, and I was a little worried I wouldn’t be able to get through it after I choked up a little bit. Beautiful stuff, for sure, but for my own ease, I probably would’ve moved them slightly. But other than that, I love the way it came out.”

While the debut album is merely hours old, Almonte already has ideas for his next hour. With this lot of material highlighting stories about his son, father and grandfather, Almonte wants his next effort to focus on the women in his life — his grandmother, his sister, his wife, and his daughter — and pay homage to those pillars of support and love he’s had in his life.

“They’re equally important to me, and their support of the men in my family are the reason why they’re successful,” he says. “So, my next special is definitely going to be a love story to them.”

Immigrant Made is all about representing roots. It’s the story of how Almonte got to where he is today, and given the current political climate we are seeing continuously take shape around immigration, the Brooklyn native knows that his material carries a certain amount of importance along with it, through many different layers.

The level of care he’s given to this album and special, with writing it and putting it together effectively, as well as afterwards with the post-production, the pictures, the promo and the press, Almonte feels like all of these things are incredibly important, because when he looks back at the story of where his family came from, and what he is now and what’s been able to do, it is truly the most American story.

He sees beauty in telling the stories of immigrants, and living the story of being the son of an immigrant, because he knows that it’s a story that resonates with a lot of people, and helps them remember where they come from. He’s also hopeful that the way he presents his story opens the eyes of those who have viewed immigration as a bad thing.

“We are here, we are a stable environment, ideally, and we offer hope, but the progress comes from the people with the new ideas and and the new hunger to provide a better future for their kids,” says Almonte. “They push us forward to achieve more. So, what I’m hoping for is, that when something like this special and other pieces of art like it come out, it reminds people who have forgotten me, or flat out have a fear of someone who looks like and acts like me, that there is more that we have in common regardless of what part of the country we’re from or where our families are from, and hopefully it makes them more open-minded to what is best for those people, and the new people that are trying to join us here.”