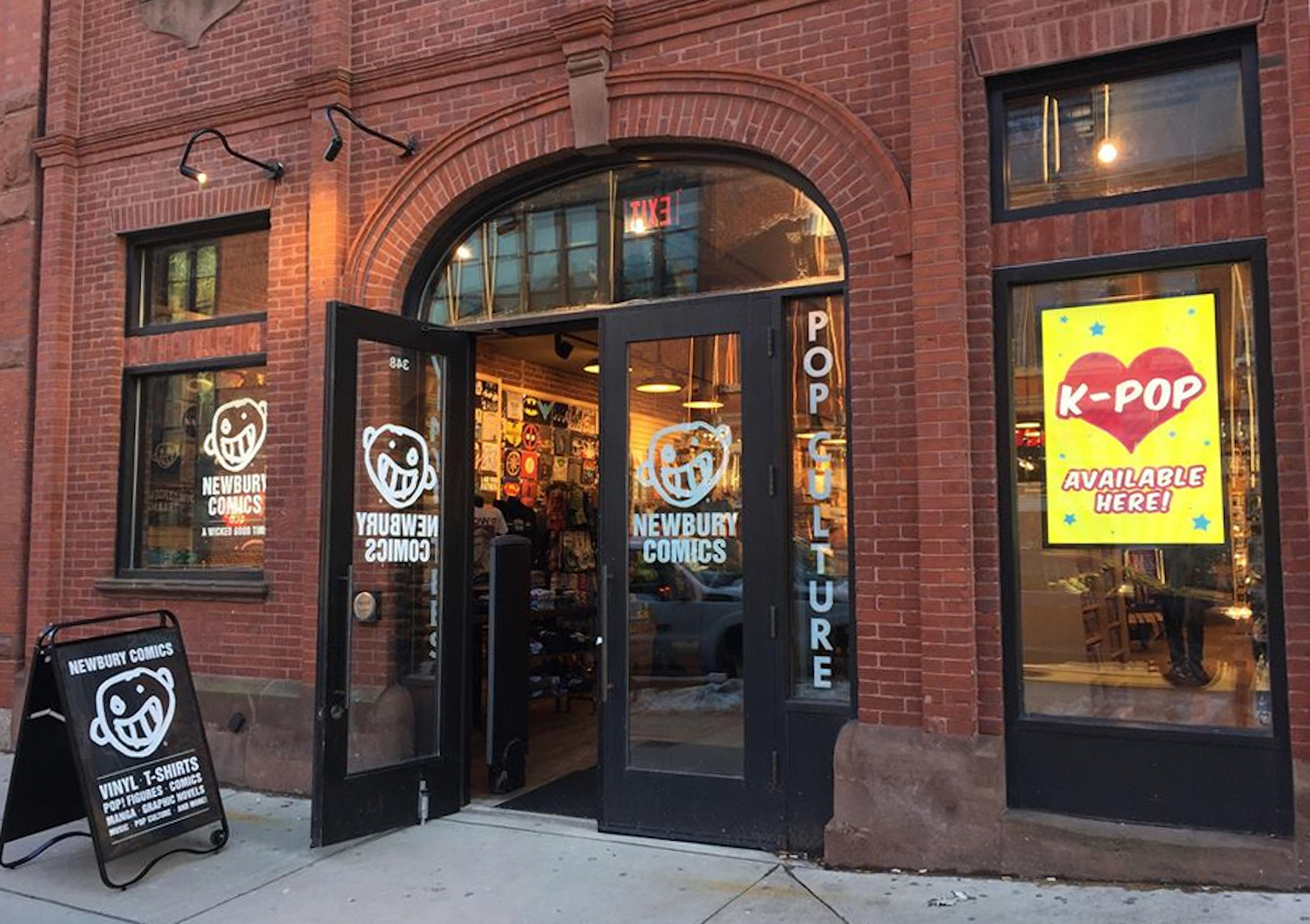 Boston-based music, lifestyle, and tchotchke chain Newbury Comics will be honored throughout Boston on April 6, which the mayor officially declared “Newbury Comics Day” in a press release.

Appropriately, the freshly-minted 348 Newbury St. store will offer chow, prizes, and surprise musical guests throughout the afternoon. The celebration acknowledges both the company’s 41st anniversary, and the re-location of their flagship store, which moved from 332 Newbury St. to a three-floor space up closer to Massachusetts Avenue in February.

“The decree came this year in honor of our Newbury Street store moving into this three-story spot. Being that that’s our flagship store and that we’ve been on Newbury Street for 41 (!!!) years, I guess the timing was right,” says Carl Mello, Director of Home Entertainment Merchandising at Newbury Comics.

According to Mello, when the three-story space down the street became available, the possibilities for boosting the store’s music offerings seemed too good to pass up.

“The new locale has thus far been outperforming the old one — which is nice, seeing as we haven’t even had the grand re-opening yet!” he tells Vanyaland. “The catalyst was that spot becoming available… that brought us to the realization that we could have a whole floor with just music and music-related items — music books, music tees, etc. — which I love.”

Founded in 1978, Newbury Comics now boasts 28 stores across New England and New York state, although it remains at its core a Boston-based company invested in the Massachusetts music scene.

“We’re very proud of our connection to Boston, so, it’s an honor to be recognized in any way by the city that played a part in bringing the subway, Jefe Replay, Freezepop, marshmallow fluff, Mission of Burma and Donna Summer to the world,” Mello adds. “Bring on the 2020’s!”