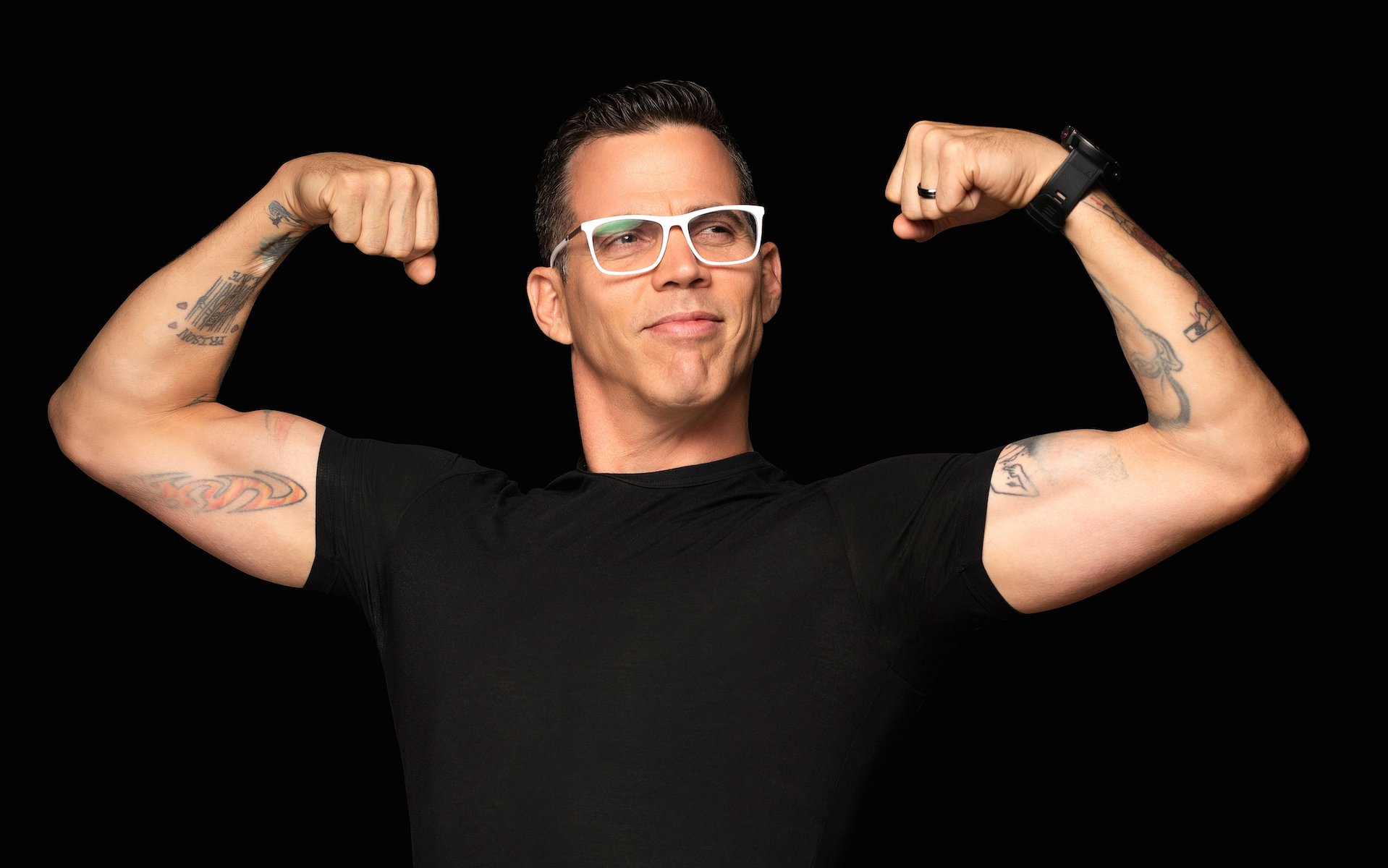 Long gone are the days of jellyfish sombreros and butt-chugging beers, but the
mischievous and ever-determined mind of Steve-O is still alive and well — and quite frankly, that’s just as dangerous in its own right.

Currently on his “Bucket List” tour, the mastermind behind some of the most outrageous stunts ever caught on tape has spent the last nine years on the club circuit deep-diving into a storytelling brand of comedy for crowds all over the world. Stopping at the Hartford Funny Bone this weekend for four very sold out shows on Friday (March 15) and Saturday night (March 16), what makes this tour so much fun for Steve-O, whose full name is Stephen Glover, is that these performances revolve around prospective Jackass stunts, and the stories that are attached to them, that never saw the light of day until now… and the results so far have the hijinks legend on cloud nine.

“What makes my ‘Bucket List’ tour so fun is that whole the act is about ideas for Jackass stunts that were previously too outrageous to go through with, but that I finally pulled off,” Glover tells Vanyaland. “After each bit in the show, I screen the footage of said stunts actually happening. I couldn’t be more thrilled with the show, and as long as everyone knows what they’re getting into, regarding the X-rated, explicit nature of the material and video, then I feel great about them seeing it.”

While these stunts may be new to those in the crowd, some of the ideas that Steve-O set out to pull off for this tour have been bouncing around in his head for more than 15 years. He never truly realized their potential until a little over a year ago, and although he was initially concerned that this show would ultimately be his tour de force, the Los Angeles-based pop culture icon has found that the preparation for this show has actually sparked more ideas for future performances, easing his worry about what he’s going to do next.

That clarity of mind can be attributed, almost entirely, to his sobriety.

While he admits his comedic self-rediscovery wasn’t immediate while in recovery, there’s no doubt that getting, and staying clean has helped him better his craft, in terms of what he knows he can achieve, creatively speaking.

“It took some time for me to find my voice in sobriety, but over the years I’ve proven to be far more creative in sobriety than I ever was before,” says the 44-year old. “I can qualify that statement by pointing out that not a single idea I came up with for the second Jackass movie was ever filmed, and virtually everything I wrote for the third one was. Also, putting together each new live show that I’ve toured with over the last eight and a half years is something I wouldn’t have been able to do well back when I was loaded.”

This month marks 11 years since Steve-O achieved sobriety, and with a revitalized career, a plethora of sold-out comedy tours under his belt, and the adoration of fans worldwide, he’s got some words that he would like to impart on himself circa 2008.

“I would encourage restraint of pen and tongue,” he adds, “emphasize that it’s actually much easier to treat people well than to be a dick, and suggest considering that nothing is a very big deal, especially given that we’re all going to be dead soon enough.”

While he’s confident about the future of this stage show, Steve-O can’t say for certain whether the “Bucket List” will meet the same production fate as his first special, Guilty As Charged, or Gnarly, the special he shot last year in Denver. One thing is for certain already, though — if the taped special captures the same essence as the live performance, it may be smart to buckle up because things will definitely get very weird, very quickly: “It’s kind of messed up to say this, but I’m a bit proud of the fact that so many dudes, I think eight or nine, have fainted — as in, completely passed out — during the show, because one of the videos I screen during the show is so intense.”