SXSW Review: ‘The Highwaymen’ would have been behind the times in 1968

Costner and Harrelson lead a colossal bore, a Netflix Original Film as they were properly known in the pre-'Roma' days 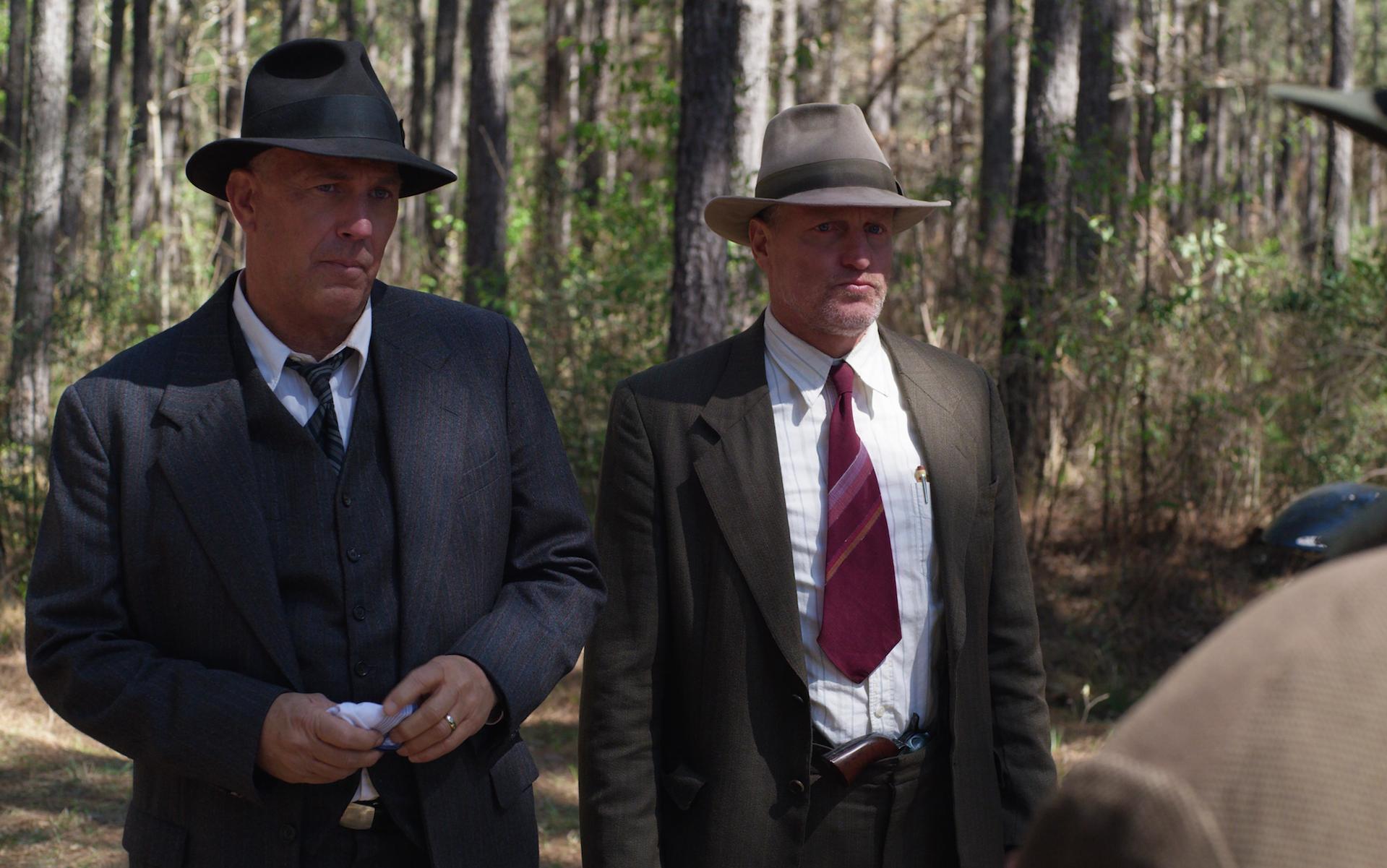 There’s generally a reason why the exploits of the men who captured and killed the gangsters of the Great Depression are often baked into the stories of the gangsters themselves — think Michael Mann’s 2009 masterpiece Public Enemies, for example, where the story of Christian Bale’s Melvin Purvis is given time and importance alongside Johnny Depp’s John Dillinger, the film’s true protagonist. There are a number of occasions where that’s not true, as one can easily look into Kevin Costner’s filmography and find one big fucking example that’s different, but Hollywood generally understands that the stories in these films are, you know, much more compelling when they’re about those on the lam. The most important and influential of these films is Arthur Penn’s Bonnie and Clyde, which was a seismic cultural event in the world of popular cinema, the case for which Mark Harris expertly outlines in the brilliant Pictures at a Revolution. The key question behind John Lee Hancock’s The Highwaymen is, what if that take is the bad one? What if the good guys were the men who killed the gangsters, who cut through the propagated bullshit about them being “Robin Hoods” who only stole from the rich and gave the banks what were coming to them in order to end their lives and save law and order itself?

You’ll probably find the answer lacking. This film is, above all else, a colossal bore, a Netflix Original Film as they were properly known in the pre-Roma days, convinced of its own righteousness and importance that it takes its sweet-ass time dragging us through the facts of the case. It’s 1934, and Bonnie Parker and Clyde Barrow, the latter breaking out of the pen at the start of the film, are on their crime spree, robbing banks, terrifying the rich, and enthralling the poor. Texas Governor Ma Ferguson (Kathy Bates) won’t stand for this terror, given that it’ll endanger her attempts to reform the Texas justice system. A member of her staff convinces her to reinstate two former Texas Rangers — Frank Hamer (Kevin Costner), a now-rich man who lives in a nice house with his wife (Kim Dickens) and his pet pig, and Maney Gault (Woody Harrelson), a kindly alcoholic who lives with his daughter and grandson in poverty — to track down the pair, and the two soon are on the road once again, having served together in a number of conflicts over the years. They’ll butt heads with the FBI and the local police, be shocked at two-way radios installed in patrol cars, and discover just how out of shape they are before having their date with destiny.

The Highwaymen may have the production value of a studio film, and indeed, it is often impressive just how expensive the thing looks, but, like Natty Light with gold flakes tossed in it, the pretty stuff is just meant a distraction from the fact that you’re drinking the same ol’ swill. By definition making a film about the men who killed Bonnie and Clyde is going to err on the side of hagiography, but that sensibility is misplaced, transforming these two men who gunned down crooks — in what the film very much presents as cold blood — into “heroes of a forgotten age” or whatever nonsense. Its nose is turned up at the policies of Ferguson, who at least attempted to reform the justice system so that hundreds of men didn’t sit in jails and reign in the police force placed at her beck and call.

Worse, the film thinks it has something significant about violence itself, but despite the nuance given to a guy like Gault, who is played smartly by Harrelson (the film is so much better off with him in it, as he provides all of the color that Costner can’t in his later years, having settled into his gruffness years ago like Rip Van Winkle into a nap) and has objections to the violence that they commit in the name of justice, is defined by his ultimate lack of conviction whenever the shooting starts. He’s right behind Hamer, pumping thousands of rounds of ammunition into two stacks of ground meat that used to be famous outlaws.

Sometimes people need killing, this movie whispers, presenting a fantasy of law and order, and violence in the name of it, that may be just as potent for the middle-aged dads who watch this as it was for the kids who flocked to Arthur Penn’s take on the gangsters back in 1968. The problem is, it’s got nothing more to it than that — no style, no grace, just a whole bunch of famous faces growling about how old they are now and how scared they are of the future. And as such, The Highwaymen would have been behind the times even 50 years ago.