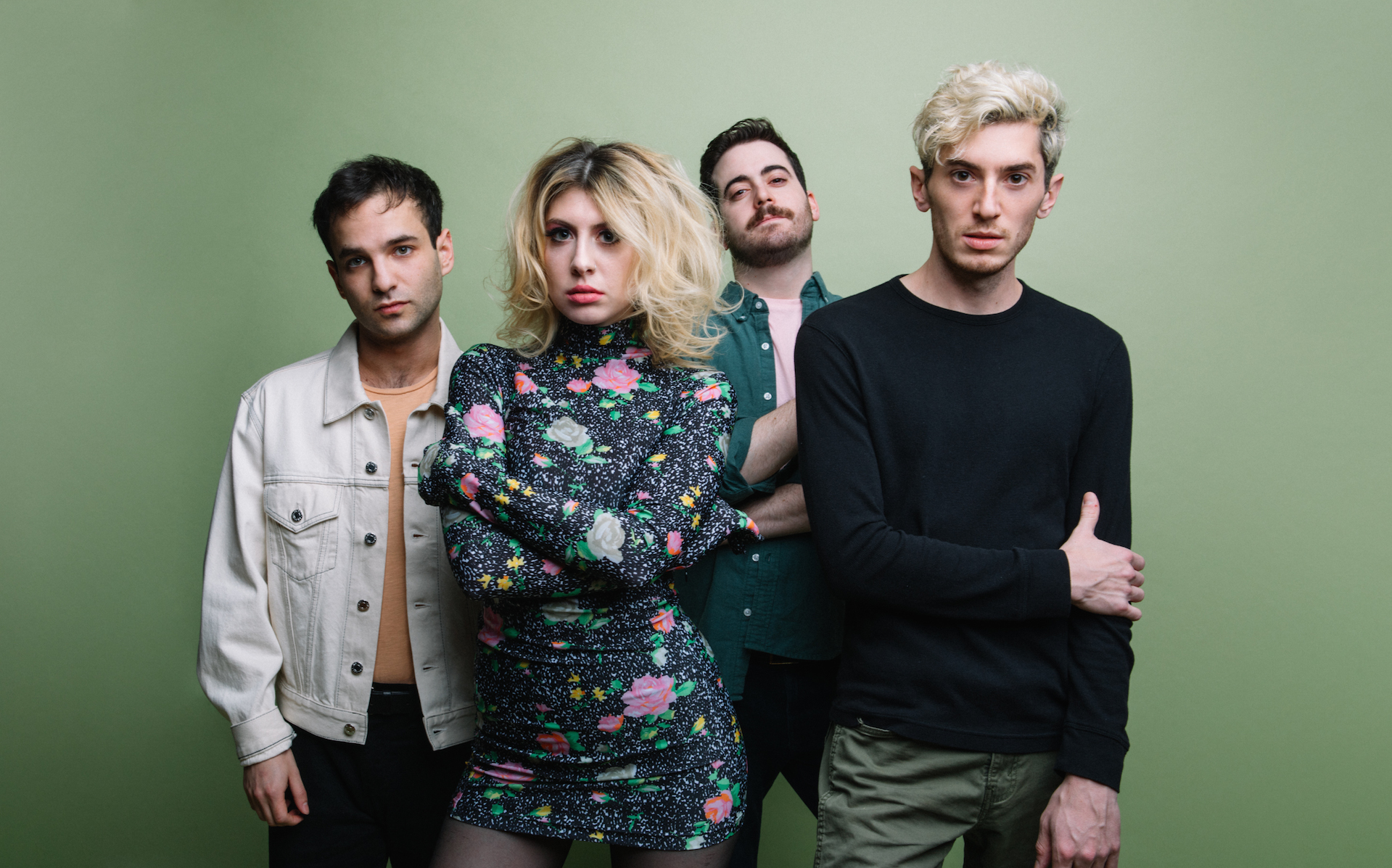 Charly Bliss’ forthcoming album Young Enough, due this May via Barsuk Records, is shaping up to be one of our absolute faves of 2019, an engaging and powerful listen with each layer peeled back.

Earlier this month the New York band released lead single “Capacity,” an irresistible piece of sugary alt-pop all about wanting to kill your inner people-pleaser. This week Eva Hendricks and the dudes are back with another offering from the LP with a track called “Chatroom,” and this time they take on a darker tone surrounding Hendricks’ own personal trauma.

“I was sexually assaulted by someone I dated and I wrote ‘Chatroom,’ and most of Young Enough, as a way of processing that experience and explaining it to myself,” Hendricks tells Jezebel. “‘Chatroom’ is a song about reaching ecstatic joy through consuming rage. Simply put, it’s a colossal ‘fuck you’ and a celebration of reaching the point of a ‘fuck you’ that isn’t diluted by self-blame or apologies.”

Hear the song via Spotify in the link below, or scroll down to view the Maegan Houang-directed video.

“I feel so lucky to have worked with Maegan Houang on this video. I felt an immediate sense of mutual trust, and she produced a treatment that directly addresses the themes of trauma, misogyny and mind control without resorting to a literal representation of the lyrics. It’s tonally the darkest video we’ve ever made, and I think it anchors the intent of song which might otherwise be obscured by the fact that it’s also our most direct foray into larger-than-life pop music.”

Charly Bliss has announced a North American headlining for later this year, and included in the run is a June 9 appearance at The Sinclair in Cambridge. Tickets go on sale today at 10 a.m. via Bowery.