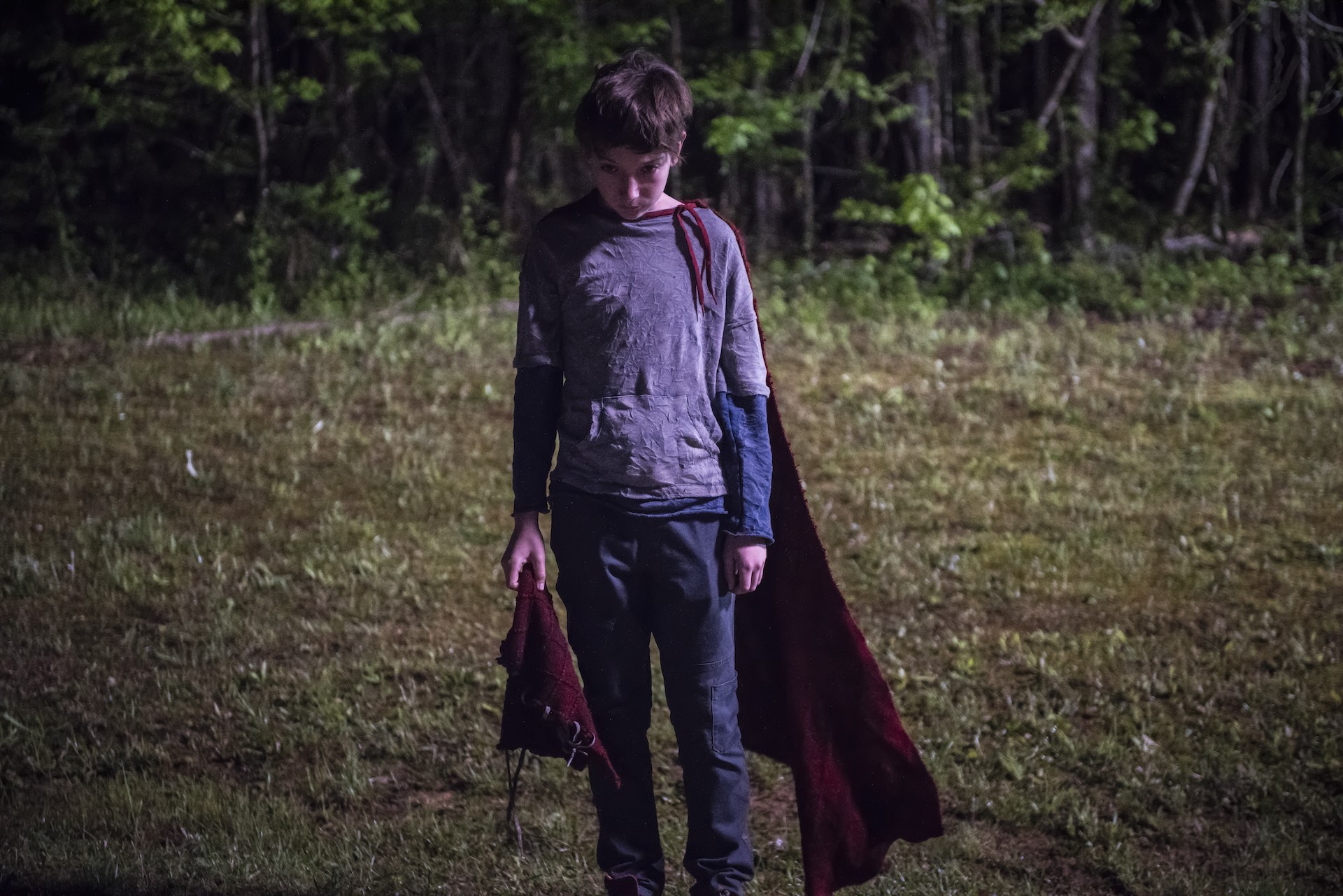 One of the coolest things about comic books is that, alongside TV shows like Star Trek, they were one of the early adopters of multiverse theory. Way, way before something like Into the Spider-Verse took home Oscars, nerds were busy decades ago obsessing over issues of Marvel’s What If? series or DC’s in-line “imaginary stories” and, later on, that publisher would produce more lavishly and lovingly-crafted works of multiversal spec-fic with their Elseworlds line.

Ever wonder what would have happened if Wolverine killed the Hulk when they first met in battle back in the ’70s? Want a universe where Bruce became Green Lantern instead of Batman? How about one where Superman wound up leading the Soviet Union? Or fought the Martians from War of the Worlds back in 1938? Or was a stereotypical Englishman, as written by John Cleese? The possibilities were endless, as long as their readers’ wallets were open..

What we’re trying to say with all of this is that the James Gunn-produced BrightBurn looks like the Elseworlds horror comic that we never got back in the day, where some DC writer imagined exactly what would have happened if, as a child, the Big Blue Boy Scout himself was a little bit less-than-pure in his intentions for humanity. It also looks pretty brutal, too, and we can’t wait to see what Gunn and company have cooked up for us later on this year. Sony dropped a new trailer for the project on Wednesday (just in time for New Comic Book Day!), and it teases just how much fun this walk on the wild side might be.

Here’s the official synopsis from Sony:

“What if a child from another world crash-landed on Earth, but instead of becoming a hero to mankind, he proved to be something far more sinister? With ‘Brightburn,’ the visionary filmmaker of ‘Guardians of the Galaxy’ and ‘Slither’ presents a startling, subversive take on a radical new genre: superhero horror.”

BrightBurn hits theaters on May 24.