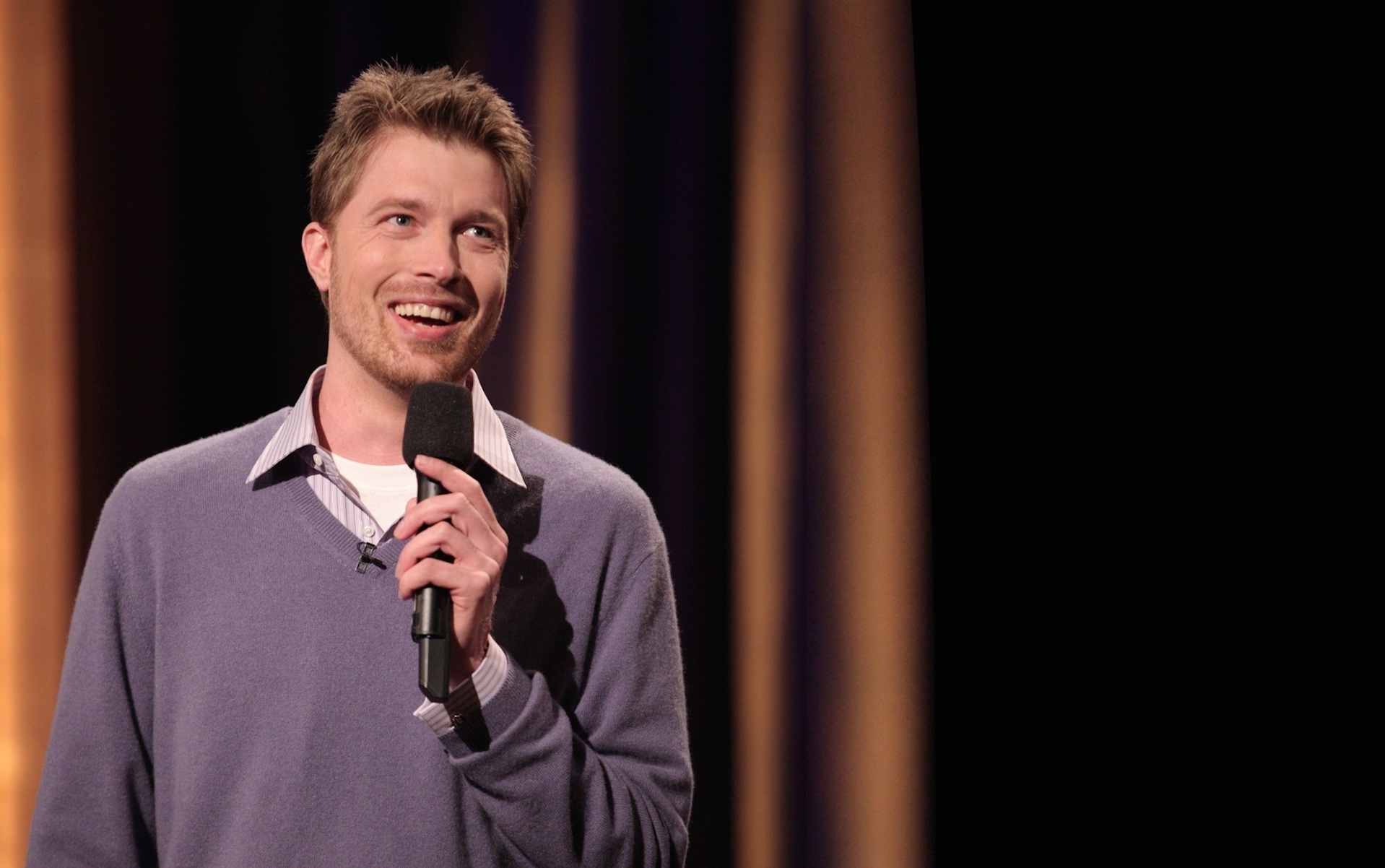 Shane Mauss started his stand-up career in Boston. Now, nearly 15 years later, he’s hitting up the Seaport to show us that he’s got his game down to a science.

A concept conceived out of Mauss’ pure curiosity for the deeper, thought-provoking questions in life, Stand Up Science sets up shop at Laugh Boston this Sunday (February 24) for a night of scientific discussion, and whole bunch of science jokes. And while he’s been doing these shows all over the country, Mauss is most excited for his return to his comedy homeland to talk it up with some of his favorite brainiacs and comedic minds for a night of “50 percent science, and 50 percent comedy”.

With this shorter, more digestible form of something resembling a TED Talk of sorts, Mauss has been working to transition away from his normal club-work days, and put together a show that entices people who are really interested in the subject matter, rather than curate an event of this sort for people who are just coming to see a night of jokes to unwind.

“I came up with the idea of Stand Up Science because I wanted to explore bigger and more complex ideas in more interesting ways,” Mauss tells Vanyaland. “But I didn’t want to do it on a night of regular comedy where there’s a bunch of drunk birthday parties going on, or people have been working hard all week and may not want to wrack their brains over jokes about Neuroscience. So I wanted a show that I could market to people who were looking for something different, and bit more thoughtful.”

Joining him on Sunday night will be Steven Pinker, a Harvard psychology professor and one of TIME magazine’s 100 most influential people, as well as author and linguist Dan Everett. The dais, mixed with the homecoming, has Mauss excited, to say the least. “It’s one of the shows I’m looking forward to the most,” he says. “These shows are always really fun, but I’m especially excited for this one.”

Also joining him for the evening’s festivities is local comic and TV Guidance Counselor podcast host Ken Reid, with whom Mauss goes way back to the infancy of their careers in comedy. Mauss is looking forward to hearing Reid’s more cerebral stand-up material, but he’s also just looking forward to the fact the he gets to share the stage with someone he knows personally, which is something that doesn’t happen very often for him.

“I started doing stand-up in Boston almost 15 years ago now, and Ken started at roughly the same time, so we’ve been friends for a very long time,” the Here We Are podcast host recalls. “I do these shows all over the country, and a lot of the time, I’m working with someone I’ve never met before, but Ken and I know each other really well, so it will be a really great dynamic on stage.”

In all reality, aside from all the fun he’s having with these shows, Mauss’ approach comes from a much more personal place, and he’s hoping that this scientific journey he’s taking rubs off on people. “It’s basically the education I always wished I would’ve had,” he says, “so I want to try and create that for other people now.”