Greg Stone might be a sensitive comedian, but he’s still ‘Amazing’

The New Jersey native is getting more than just backhanded compliments for his latest album, 'The Amazing Greg Stone' 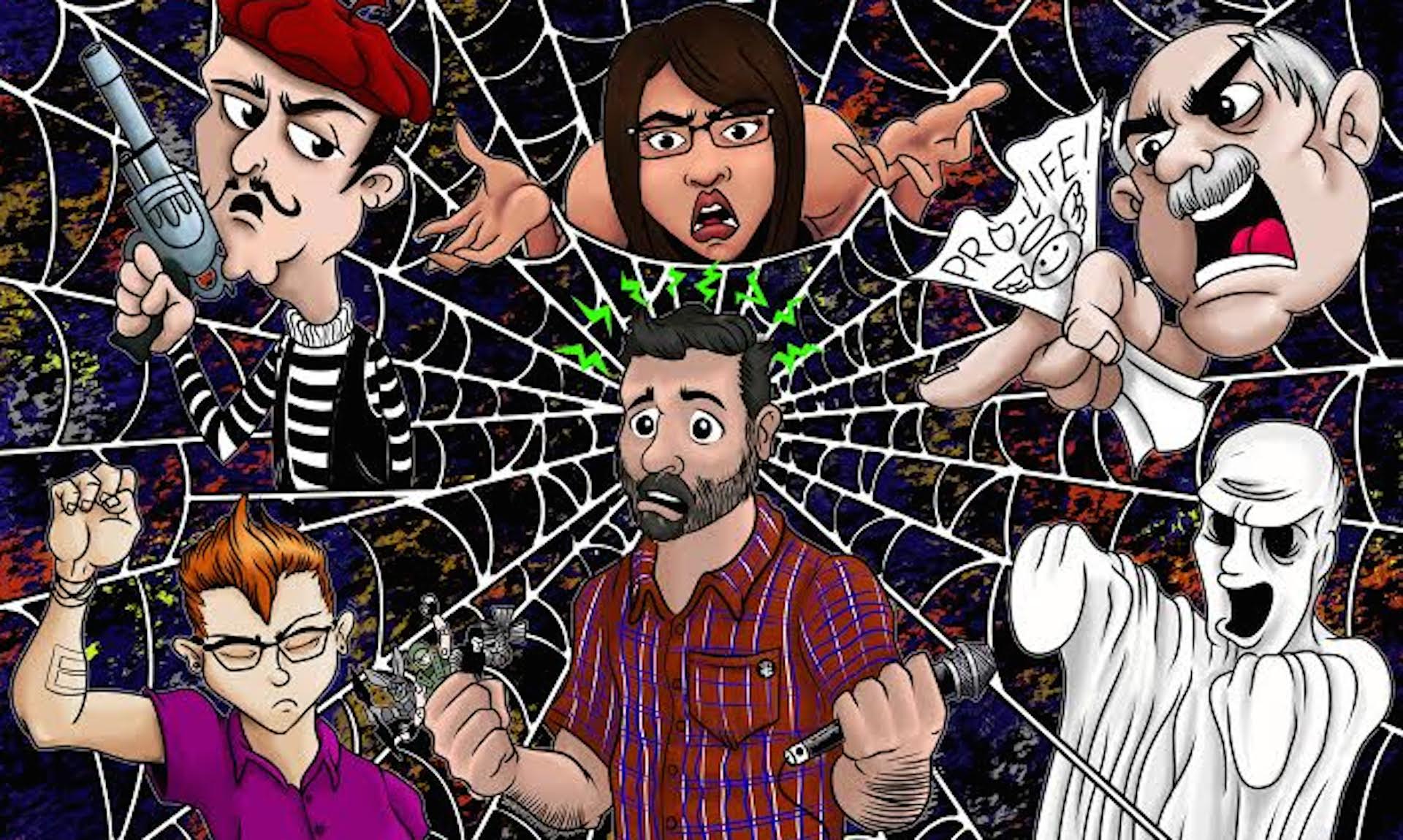 Greg Stone feels that if he were to die tomorrow, now that he has recorded his first comedy album, we would all have something to remind us that he actually was a comic.

The Amazing Greg Stone, recorded at The Creek and the Cave in Queens, dropped this morning (February 15), and while it’s been 15 years since he landed his first paying stand-up gig, the fact that he was able to release this full serving of stories and observational wit still doesn’t feel all that real for the New Jersey native.

“I had been doing that act for awhile, and for the most part, I knew what order I liked to tell them in and had been refining it for that moment for awhile,” Stone tells Vanyaland. “So when we recorded it, it was just me doing what I had been doing, so it really only felt like I was headlining a club, until someone was like ‘oh yeah, this comes out now, and here are the download cards and some reviews,’ which was very new to me. I never had people reviewing my material past the usual ‘my wife liked you, and I thought you were okay’ kind of thing.”

The NYC-based comedy vet isn’t worried about breaking some unwritten rules, since he still enjoys telling some of the jokes and stories that he recorded for this release, but if he’s being completely honest, it’s been so long since he edited the album, he kind of forgets what he recorded.

“I have a ton of new stuff that I’m working on, but I also have a few of the stories on the album that I still like telling, so it really depends on the mood I’m in when I’m on stage,” says Stone. “I like to play off the crowd a lot when I’m up there and take the show to different places depending on where the crowd is. It’ll be mostly new material now, but I’ll hold on to some of the old stuff too. I just don’t want someone to hear something old and start screaming about they’ve heard it already.”

For Stone, editing the album was a nightmare in the sense that you’re always your own worst critic. He records all of his sets for polishing purposes, but he hates listening to himself, and during the editing process, he really tuned into where he could’ve cut pauses and added lines to his material on the record, and at the end of the day, he just hopes that people find it funny.

“I record all of my sets so I can figure out how I can fix all the little things, but when it’s like ‘wait, this is how it’s going to go out to world, and we’re finished with it,’ that just hits me a certain way,” says Stone. “I find myself thinking how it’s not as funny as it could’ve been, or I could’ve added another pause somewhere, but maybe that’s just me being a psychopath. Or maybe it’s just not good, we’ll see.”

The Amazing Greg Stone is now available on all major streaming platforms, and you can listen to the album below.