The Lucas Brothers take us through their creative process 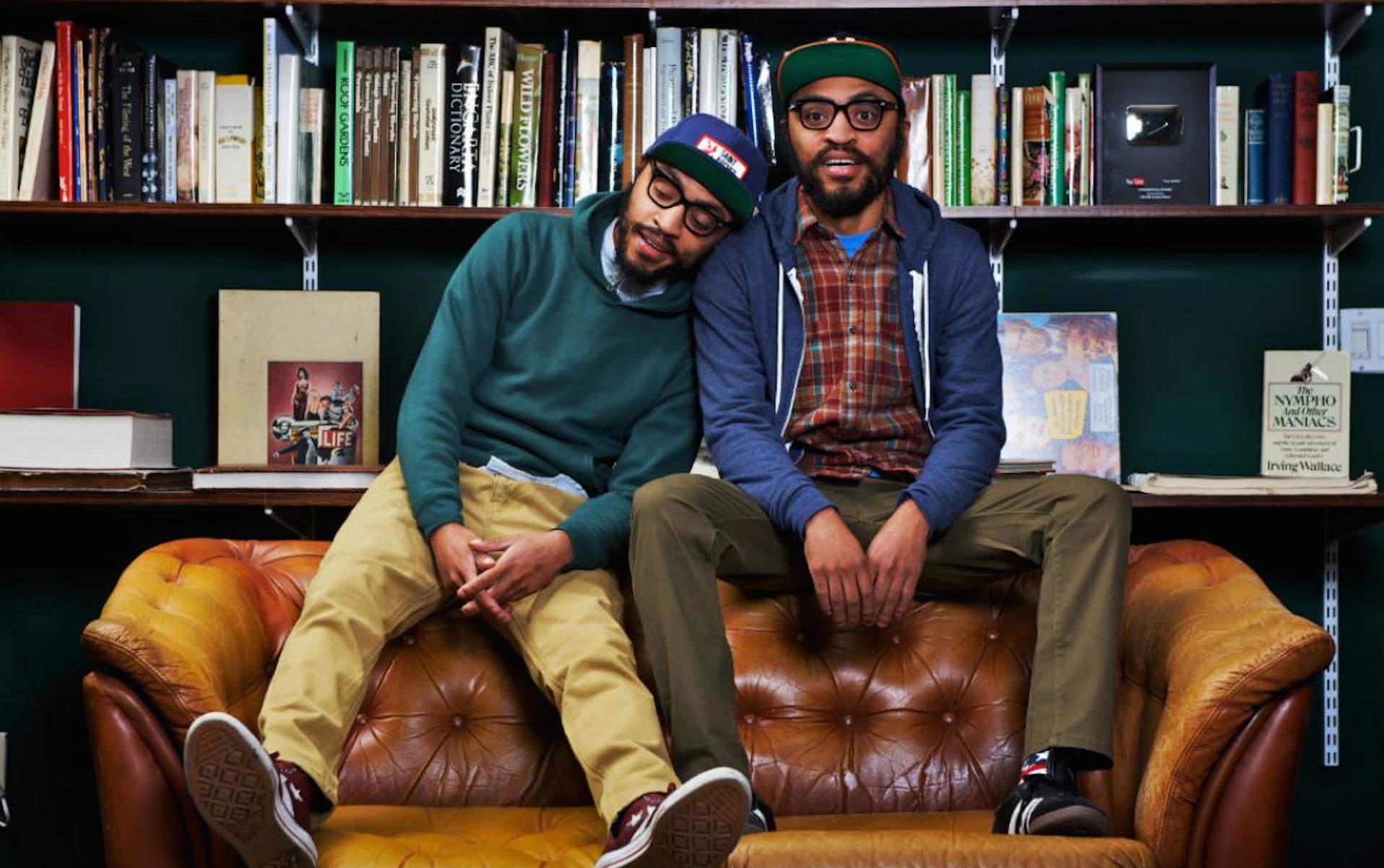 Keith and Kenny Lucas have certainly become a comedy force to be reckoned with since making their double-barreled late night stand-up debut back in 2012.

From humble and determined beginnings setting up at comedy clubs in New Jersey, to co-writing a film with Judd Apatow, the twin brothers have been on quite a titanic journey since starting out as a duo a few years prior. Along the way, they’ve taught themselves to take the time to listen and learn, while polishing up their own creative process — a process you’ll be able to see up close and personal on Wednesday night (January 23) at ONCE Ballroom in Somerville.

Vanyaland caught up with The Lucas Brothers before their Brick City tour hits town, and they had a whole lot to say about their new hour, some exciting upcoming projects, and their early days getting down at The Comedy Studio.

Jason Greenough: You guys have your show coming up at ONCE Ballroom on [Wednesday]. How do you feel about coming back to the area?

Keith Lucas: It feels great! We fucking love the Boston area. We used to do The Comedy Studio a lot when we were first starting out. It was really shows like the ones we had at the Studio that gave us the confidence to keep going with what we were doing, so we’ll always have love for the area.

You mention doing shows at the Studio a lot — looking back at those times now, what are some key takeaways that you’ve had since starting out in those days?

Kenny Lucas: I shouldn’t say I was ‘surprised,’ but I was very excited by the level of enthusiasm and sophistication the crowds had for us so early on in our career. We never expected it to go over so well, and when you go out on the road and you get certain gigs, you expect them to be as good as your first ones, but when they aren’t, you think back way more fondly on those moments early on. The development phase of the stand-up journey is such a grueling process, but it’s one that is necessary, and something I always think about in fond terms.

Keith: I echo what Kenny says. The development process is particular grueling, but you get these moments where you can step outside of what you’re developing, and you can be just as sophisticated as the audiences, and you can see that your material can travel outside of this space. It’s reassuring, and those days early on at The Studio were magic.

You guys had your late night-debut in 2012 [on Fallon], but when did you guys first start out on this journey?

So, Kenny had started out on his own, but when was it decided that you guys were go at it as a team?

Kenny: When I started, I felt as though it would be in our best interest to do it together, so I would have convine [Keith] to take the leap, and start comedy. I knew he always had an interest in comedy, but I didn’t think he believed he had the ability to do it professionally. I was in New York, and I had access to a plethora of comedy clubs, so I went out on a limb and just wanted to show Keith that we could stand up on stage and tell jokes, but I think from the very beginning of the process, we felt as if we were gonna do it together. And once Keith was convinced he could do it, we got on stage right away and never really looked back.

You guys have the 2017 special on Netflix, Lucas Brothers: On Drugs, which remains one of my favorites. But looking ahead to the next step, are you guys working on recording or filming a new hour?

Keith: Well, we’re not recording it just yet. We’re still working out some of the kinks, but we have about 55 minutes and now we’re just focusing on hammering down the transitions, and making sure we nail down the narrative of the new hour.

Kenny: We may also record an album in Denver in preparation for filming the new special so that we can listen to it in a cohesive manner, and just make sure we have it down.

So, you’d say you’re in the “home stretch” of really nailing down the new hour, so to speak?

Kenny: I would say that we finally have figured out the philosophical aspect of the next special from a narrative perspective, and we’ve figured out most of the plot points, but what we need to do is work on exposition for the narrative, with the transitions and little jokes added into the material. So, I’d say we’re in the middle stages of planning.

Keith: If I had to a percentage on it, I’d have to say we were about 75 percent done. It’s just a matter of performing it at a high enough level where we’re comfortable filming it.

Aside from the hour you’re working on pretty rigorously, you’ve got a couple other projects coming together right now — one of which being The Come Up with Lil’ Rel Howery.

Keith: We’re working with Lil’ Rel and Jermaine Fowler, who were our cast mates on Friends of the People, and they’ve become really close friends over time. I just welcomed the opportunity to work with my friends again, and it’s coming up soon. We’re just really looking forward to it, because they’re just great guys and very comedically gifted. Any opportunity to be around them on that is always welcomed for us.

And you’re also working on a script for a film with Judd Apatow, correct?

Keith: Yep! We’ve been working quite diligently on this script with Judd. I don’t know if you’ve ever read anything on his process, but it can be quite rigorous, and it amazes me, because I thought I could write, but when you work with someone like Judd, it’s like ‘shit, I don’t know anything about this process,’ but he’s been like a professor to us, and so has Barry Mendel, his producing partner. It’s been like a tutorial on how to make films in Hollywood. It really has been a remarkable experience.

Kenny: We sold another story of ours to Warner Bros., as well, and it’s a biography of [Black Panther Party Deputy Chairman] Fred Hampton. We’re writing and producing that, but in the film with Judd, we’re writing, producing and starring in that.

You mentioned that it’s been a learning process with Judd. Were you prepared for it to become a learning experience?

Kenny: One of the best things about our process, and our academic background is that we always approach every project with the mentality that there’s always something new to learn. We never try to go in project thinking that we know everything. We’re actually convinced that we know nothing at all, as part of our philosophy and training. We just believe that there’s always more to learn, and you have to humble yourself when you’re around people that have not been in the business for quite some time, but have achieved levels of success that we can’t even fathom. So you have to humble yourself and respect their process, but also be respectful of your process, and put forward ideas that you feel strongly about.

Keith: There’s a reason you’re in this position, and you have to make sure that you’re getting your voice and your vision out there, as well. That’s been the best part, mixing our comedic perspective with [Judd’s], and being able to synchronize the two has been a wonderful journey.

Right on! So, I only have one last question for you guys. When you’re doing joint interviews, do you ever get tired of having to specify who is talking?

Keith: Nah! It’s fine. It honestly feels like a little bit of vanity referring to yourself in the first person, so it is a little weird sometimes having to say my name so many times. But oh well. Fuck it!”