Shepherdess are storming into 2019, presenting a new kind of “time’s up” message to the world: It’s over for downward-punching bullies everywhere. The Jamaica Plain riot grrl group shred their way into the new year with a pointed political message on their new track “Big Shot,” out today (January 18) via a split 7-inch with fellow Boston rock outfit sister.

“‘Big Shot’ is about Trump and all the other losers whose tiny egos can only be massaged by belittling other people,” guitarist Emily Arkin tells Vanyaland. “We see you punching down and it’s as pathetic as it is cruel. Time’s up, big shots.”

United with sister in solidarity, the split 7-inch also forms another bond between the two groups as major proponents Girls Rock Campaign Boston; Shepherdess lead signer and guitarist Hilken Mancini co-founded the non-profit, while sister’s drummer Nora Allen-Wiles is the executive director of GRCB, and guitarist and singer Megan Sutton is operations coordinator.

“We wanted to do a release with sister because they are our sisters-in-arms organizing and running Girls Rock Campaign Boston and they are inspiring musicians who started rocking after getting involved with GRCB,” Arkin adds.

The bands share two gigs this weekend to celebrate the 7-inch release, hitting the stage at The Midway on Saturday (January 19) with Døwager and The Swettes, and then at The Parlour in Providence on Sunday (January 20) with Bed Death. In case the impending snowstorm interferes with your plans, though, check out the split offering from Shepherdess and sister via the embed. 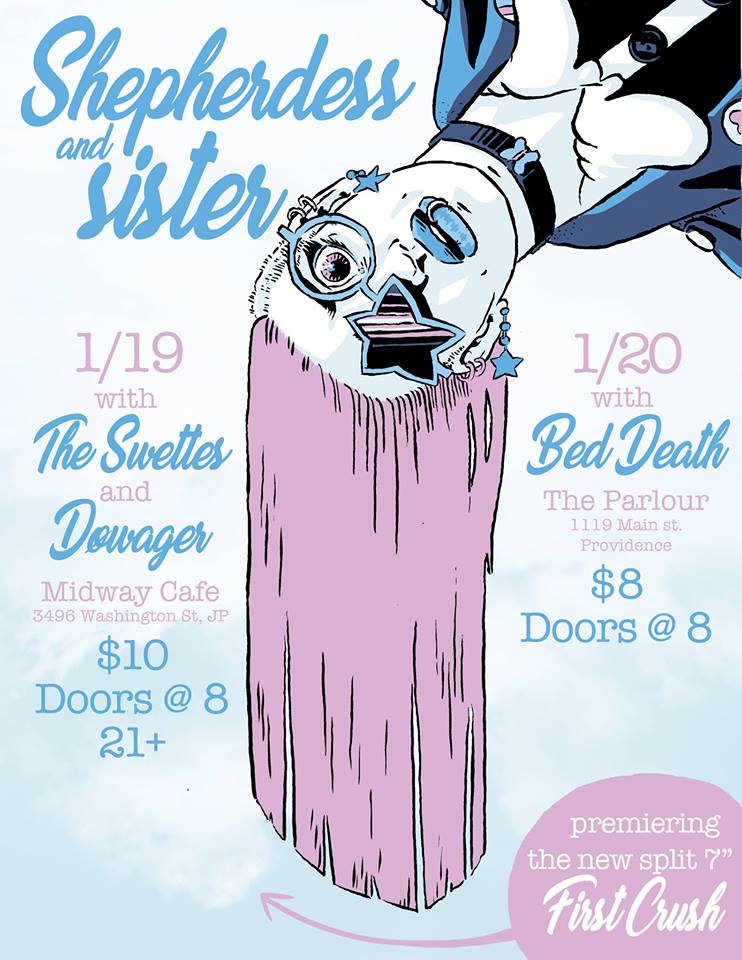