New Sounds: The Boston hip-hop dynamo position their music as art to be respected as they barrel into 2019 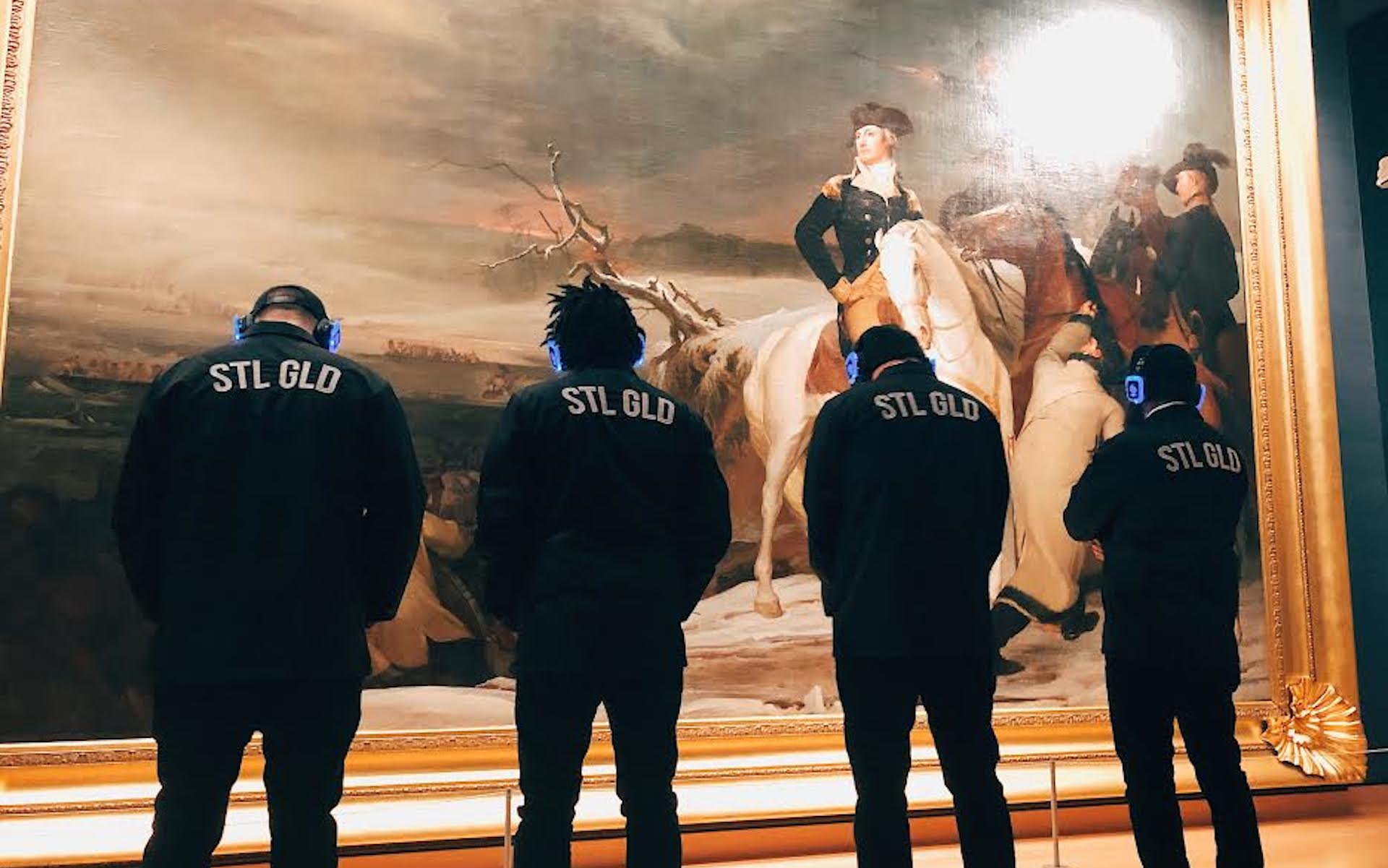 STL GLD’s takeover of Boston’s Museum of Fine Arts this past Thursday (January 10) was nothing short of brilliant.

The group — dubbed Best Local Band of 2018 by Improper Bostonian — are living up to that title by finding new and innovative ways to showcase hip-hop throughout the city. Last week, the MFA provided the perfect backdrop for this as STL GLD led dozens of media professionals to its Art Of The Americas Wing for a surprise silent listening session for their latest album, The New Normal (officially out on February 1 with a release party that night at Oberon in Cambridge).

Spanning 13 tracks, Pope’s shuffling lyrical rumination makes for one hell of an emotional roller coaster. The New Normal also features appearances from a bevy of local artists, including Latrell James, Oompa, Will Dailey and Cliff Notez. At times, it feels darkly minimalist as Pope’s anguished vocals wrap around The Arcitype’s bulbous, bass-driven beats.

The record’s first single, “New Normal Pt. 1”, is the perfect example of this; the world-weariness both men are experiencing as result of Trump’s presidency translates into percolating soundscapes and chilling narration as Pope recites: “I’m trying to live good / But this ain’t affordable / Bigots and rapists making me feel uncomfortable / And Donald is both / I remember going from chains to hope / Now I’m not knowing which way to go.”

Ultimately, The New Normal epitomizes deftly executed rap yet still relies heavily on the insular creative visions that STL GLD become synonymous with. Unveiling it at the Museum of Fine Arts was a move that made sense — the album is a masterpiece in its own right.