Hutc or ti: Larry Nabisco, Kimberly Strubell and the rest of Stock's online personas come to life at The Model 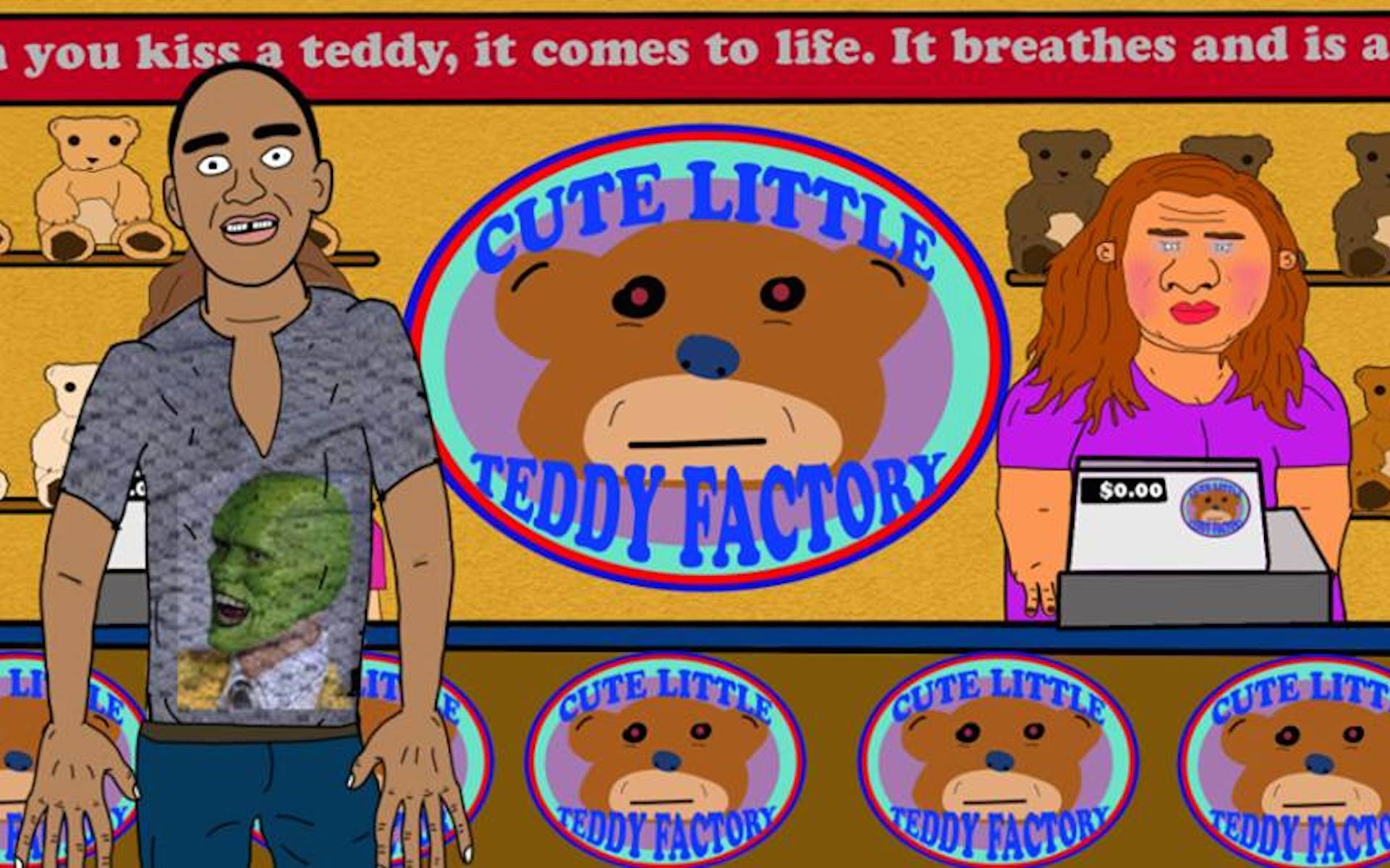 It’s been a weird time for Dicky Stock.

The Boston comedian and writer has experienced a bit of a tough go lately among his close circle of associates. His best friend, former Coast Guardsmen, #1 Cradle of Filth fan, and Build-A-Bear regional manager (business owner) owner Larry Nabisco has been in and out of Facebook jail as he deals with the accusation of murdering a Donatello’s waitress, the very sweet Deb Zetman, and leaving her head by the dirty old train tracks. Nabisco, as many of us are well aware, was accused of murdering his ex-wife many years ago, but was acquitted by a jury of his peers after it was revealed he was watching La Femme Nikita at the time of the alleged crime. Nabisco’s fiancée, Kimberly Strubell, who runs Rockland (part of Boston), is currently in a South Shore hospital after suffering a massive heart attack, a fractured skull, and four broken ribs after a recent accident that may or may not have involved an ethnic twink. The unexpected tragedy no doubt adds to the couple’s financial stress, compounded by Nabisco’s upcoming murder trial, after they both left Build-A-Bear in late 2018 over a dispute about the company’s employee discount (Build-A-Bear’s Thanksgiving Day Parade float sucked as a result of Nabisco’s departure, it should be noted). Strubell’s son, Kent, has been laying low as he deals with the trials and tribulations of being a teenager (check a public restroom wall for his age verification), Mr. Spaghetti is still very dead, and Stock’s family friend Gordan Logan is… well, no on really gives a crap about Gordan Logan. Smokin’, he is not. Honestly, things haven’t been this bad among this circle of friends since Sensei Tony Dorso died in that suspicious dojo fire (miss you, too, DonnaPam).

Anyway, if any of the above graph makes any fucking sense to you, then you’ll be among friends Tuesday night (January 15) at The Model in Allston.

That’s when Stock premieres his new animated web series, SexCoward, as part of the Boston Molasses Disaster 100th Anniversary Remembrance Party. The series takes the trashy characters Stock has brilliantly created and cultivated online — Larry Nabisco should be our mayor today; not trying to be a bitch just saying — and develops them from simple social media status update to life-like animated personas that come alive on the screen.

The narrative, however, is an extension of what we already know and follow along every day on Facebook: SexCoward chronicles Nabisco and Strubell in the fictional town of Frampton as they build their “Cute Little Teddy Factory” business together. There probably will be talk of snub nose weaponry with mahogany grips, all the scrod in the Atlantic, and your typical schematics and documents lingo that goes along with being a business owner in 2019. The series features the music of Boston bands like Kal Marks, Zip-Tie Handcuffs, and Stock’s own Idiot Genes.

“I love the South Shore, but I think everyone can relate to the archetype of a trashy Massachusetts local — I created the Kimberly Strubell character as a satire of that kind of person,” Stock says. “I started by collecting bits and pieces of people’s personalities and other experiences from my own life, and soon I had a number of characters. After spending almost a decade developing these characters on a daily basis, making a cartoon felt like a no-brainer.”

What he’s trying to say is quite simple: If you can’t handle raw aggression, you shouldn’t be working at a teddy bear factory for children in the mall. That would just make you a SexCoward.

Check out a preview below.