‘The Upside’ Review: This movie should have stayed on the shelf 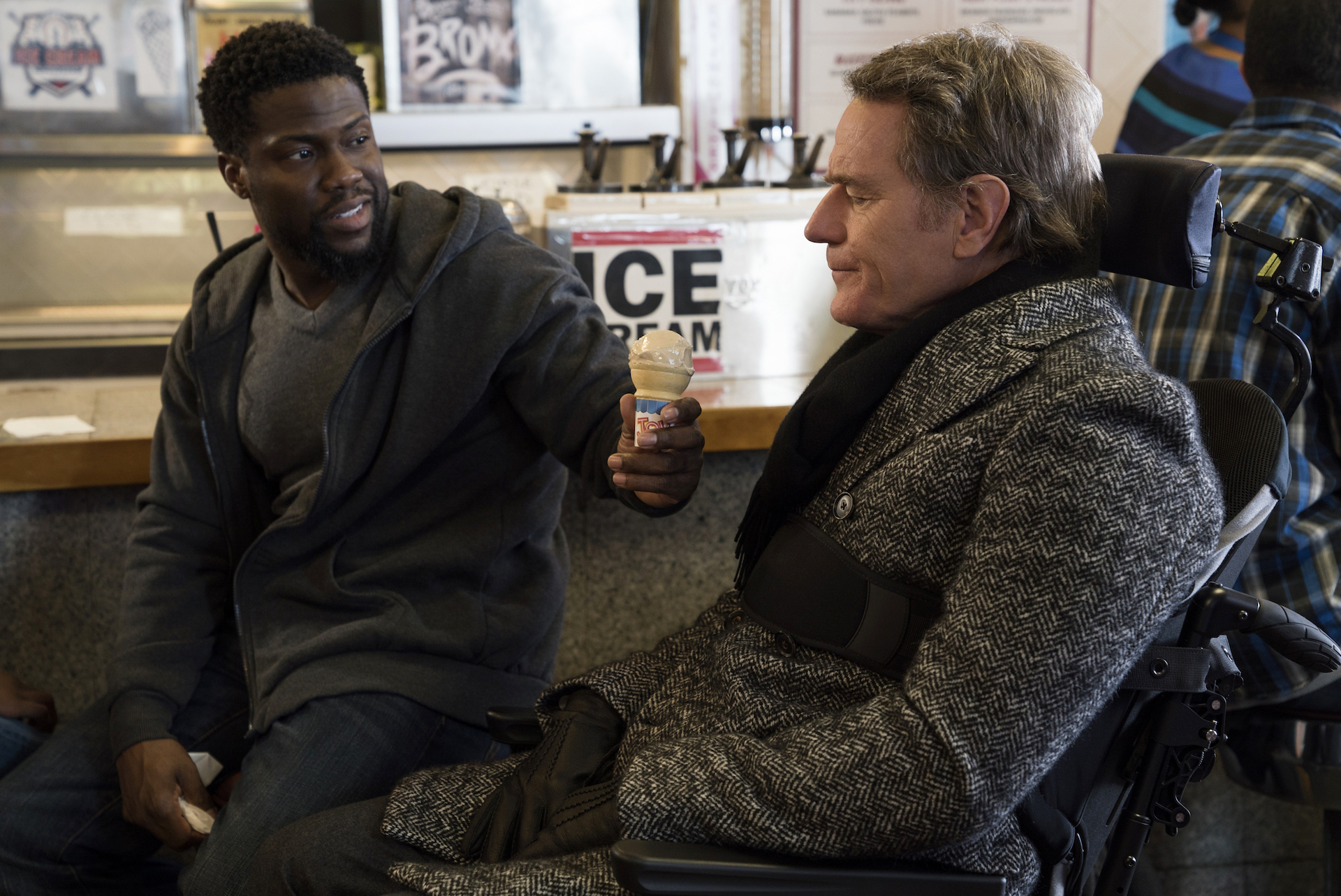 After sitting on the proverbial shelf for a year-and-a-half since it premiered at TIFF in 2017 thanks to it being a Weinstein Company production, Neil Burger’s The Upside is finally hitting screens to disappoint audiences everywhere as a mediocre January release. A remake of the 2011 French film Les Intouchables, (the highest-grossing non-English film ever) which itself was about the true-to-life story of a friendship between a quadriplegic rich man and his poor carer, it’s one of the few foreign film remakes that American audiences might walk into having seen the original, much like they did with Spike Lee’s Oldboy a few years back. And like the latter film, it’s hard to imagine that they’ll be satisfied with what they find projected to them, though STXfilms, who are distributing the film since the Weinstein Company’s insolvency, at least had the foresight to drop it during the January doldrums so it could have a chance at making some money.

This feature-length advertisement for Amazon’s Echo Show line of devices (though given that this was mean to hit screens in 2017, it’s the first generation model seen here) begins with the first meeting of these two unlikely friends. Philip (Bryan Cranston), a stock market guru who is “richer than Jay-Z,” was recently injured in a parasailing accident that caused him to lose the usage of his arms and his legs, and he’s fallen into a deep depression, though it’s more of the accident’s timing than it is his accident itself that bums him out — his cancer-stricken wife had to spend the last few months of her life caring for him, an added burden that he wishes he hadn’t placed on her. As such, he needs a new carer, a “life auxiliary,” and his executive assistant Yvonne (Nicole Kidman) begins holding interviews.

Meanwhile, Dell (Kevin Hart), an ex-con ne’er-do-well with a son and an ex-wife, is told by his parole officer to find or at least prove that he is trying to find work, and he winds up, by accident, interviewing for the carer position despite not having any experience in the field. Philip is impressed by his sense of humor and by the fact that he “sees” him. The two begin to become fast friends, and the movie doesn’t really want to interrogate that friendship any further. They’ll have trials and tribulations, but you know where this is going to go.

None of the actors are able to rise above The Upside’s riptide. Cranston’s fine enough, and he, when paired with Hart and a doobie, can occasionally be quite charming, but his role is saddled with so many of the standard and offensive tropes often grated onto a character with a disability that it’s hard to imagine a quadriplegic actor actually wanting to be a part of a production like this. He’s given one colossally awkward scene, in which Hart breaks a bunch of stuff to help him satisfy his emotional pain, where it looks like he’s being brought to orgasm by each shattered bottle of wine and each punched-through portrait.

But it’s Hart who feels miscast here, as the role of an ex-con father who wants to provide for his kid provides few avenues for his usual schtick. He’s just kind of boring here, aside from a few carefully packaged moments where he’s allowed to be the Kevin Hart that viewers know and love, one of which — a lengthy scene where he has to change Cranston’s catheter and has a gay-panic episode so bad that he can’t even bring himself to say the word penis — feels especially timely and ugly in the wake of his Oscar-hosting controversies. Kidman is present, and that’s about all that one can say about her work here.

The blame for this film’s failure can be placed almost exclusively at Neil Burger’s feet. Time has not exactly been kind to the director’s early films — one remembers when the critical establishment fell on his side back in 2006 when he released The Illusionist in close proximity to Christopher Nolan’s The Prestige and how poorly their support aged, given the latter’s rise to cult status — and his work since then, including the Bradley Cooper vehicle Limitless and the first Divergent film, has been soulless and empty. His direction in The Upside is largely the same, rendering two of Hollywood’s most charismatic performers stiff and lifeless like they’d been replaced mid-film by Madame Tussads’ wax doll replicas. Burger has absolutely no control over its pace which, alongside screenwriter Jon Hartmere’s affinity for pointless subplots, causes the runtime to balloon near the two-hour mark, a true test of one’s patience if there ever was one. Perhaps it might have been better if it were at least competently shot, but the digital photography on display here is downright ugly at points, especially during Cranston’s mid-film birthday party, where it looks like your mom’s TV, with the motion smoothing turned to a thousand and all of the digital noise reductions switched on.

The Upside is an unpleasant, miserable experience, ugly as all-get-out and chock-full of Hollywood stevia. This movie should have remained on a shelf somewhere, a relic of the banality that show business evil makes a name for itself on — The Current War was better than this.