Duck & Cover play O'Brien's Pub in Allston tonight with OC45, The Dents, and Blame It On Whitman

What Studio 52 Says: Charlestown quartet and Rock And Roll Rumble alumni Duck & Cover bring us back to the glory days of rock with their latest album, last summer’s Rob Them Blind. The eight-track record is filled to the brim with screaming guitars and a walloping rhythm section absolutely certain to satiate your hunger for the essence of rock and roll. Duck & Cover manage to touch on a variety of genres during the course of the record with each song possessing its own personality but staying true to their vision.

Opener “Live It Up” is a tribute to the artists that defined rock and roll in the late 20 Century, full of glam and head-pounding guitar solos. Mid-album track “Stand Corrected” is a pop-punk phenomenon that throws back to early Descendents with sharp vocals and a quick, catchy chorus. Album closer “Touch & Go” is a verifiable metal anthem that reminds everyone what Duck & Cover are — loud, audacious, and unapologetically genuine.

They’re the very best of Boston rock and it shows on each new release they’ve put out since their self-titled LP back in the summer of 2014. And despite who they may conjure in their music, the band hits on a fresh and updated sound to create something that we need today. Ring in this new year properly with Duck & Cover tonight (January 4) at O’Brien’s Pub in Allston where they share the stage with OC45, The Dents and Blame It On Whitman. 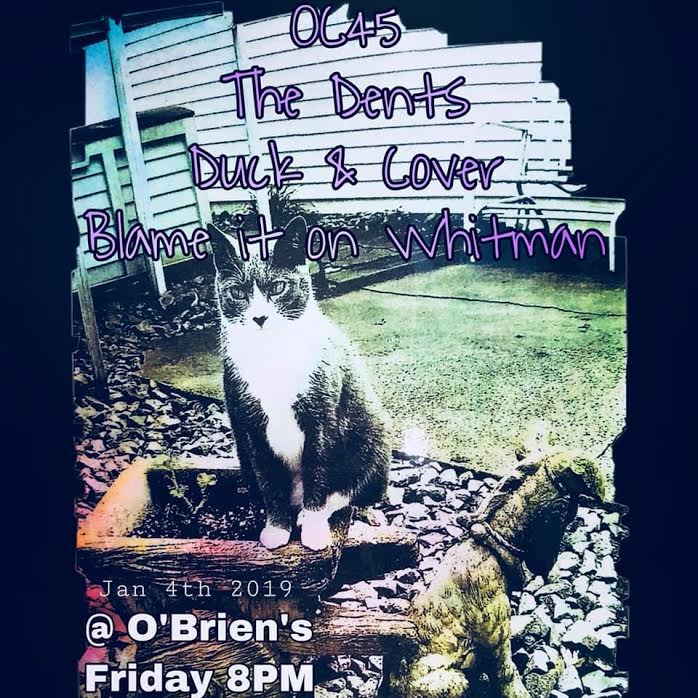