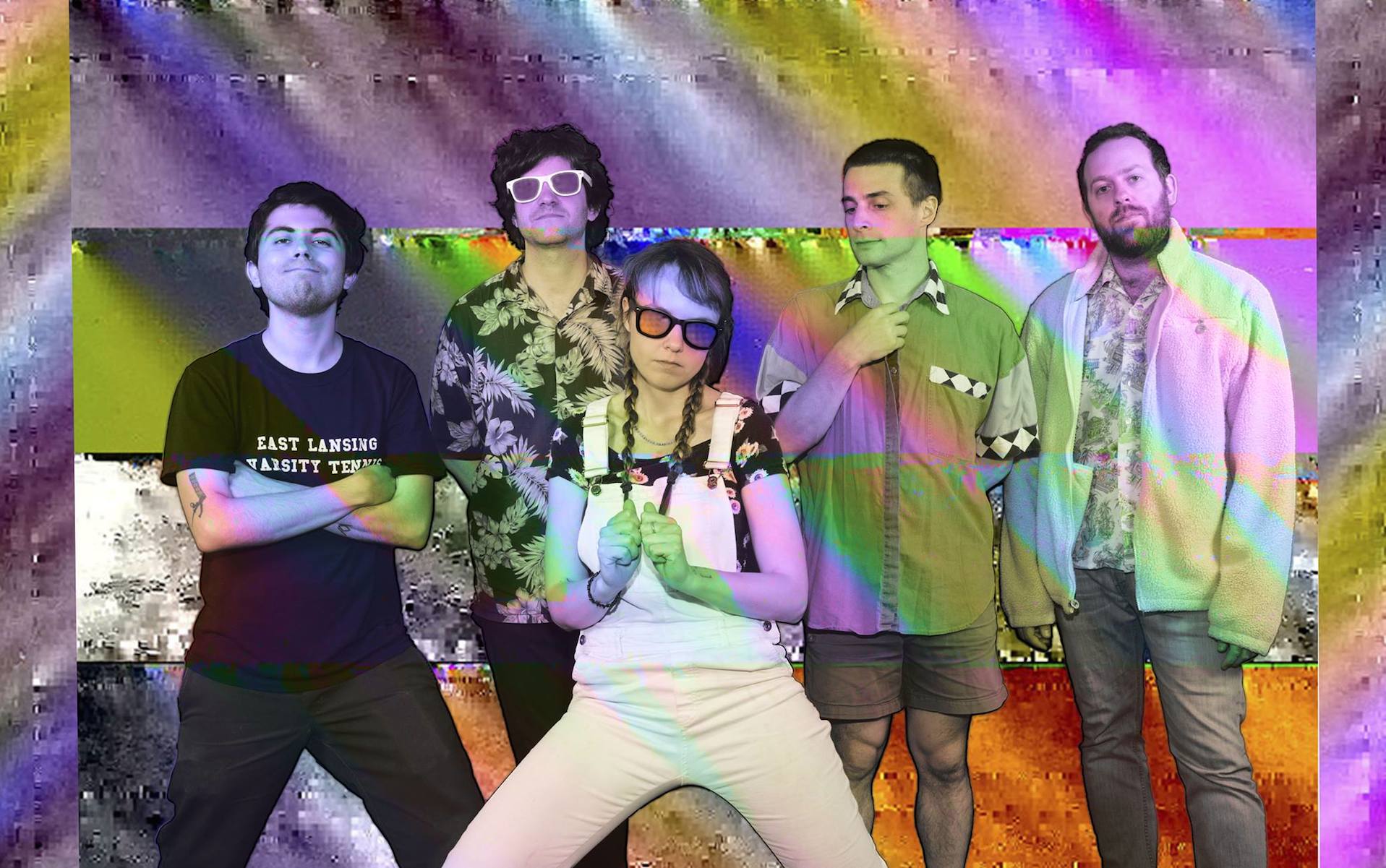 What Studio 52 Says: Boston-formed, New York City-based quintet Guerilla Toss are truly beyond the bounds of any single known genre; they’re giving high energy spacey fuzz rock an aura of “let’s get weird and party”, and we can’t look away. Eccentric frontwoman Kassie Carlson is a force on stage, and turns something so musically strange into something people can at times sing along to, and at times not comprehend, while remaining cohesive with the instrumentation.

Their collection of recorded music is extensive, complete with a Live in Nashville album from 2016, a handful of releases prior and two studio albums since, it seems as if they haven’t taken a moment off from releasing music and playing shows since their creation in 2012. “We are working on a new album and hoping to release it in 2019,” Carlson tells Studio 52. “We are always in the process of writing new material. 2019 will be a big touring year for Guerilla Toss”. After capping off a month-and-a-half-long, 37-show tour which spread across North America this past fall, Guerilla Toss are hungry to keep gigging, and they’ll be welcoming in 2019 in Somerville.

The last time Guerilla Toss played ONCE Ballroom their set was a high energy dance party located in the middle of a storm of droning lights and projections complimenting cosmic synth, keyboard, and guitar work. All driven by an explosive rhythm section and punctuated with an in your face stage presence, we can expect the energy in that room to be even higher when they return for New Year’s Eve this Monday night (December 31). Welcome 2019 on the dance floor with Guerilla Toss, Mdour Moctar (Taureg dance music songwriter from Niger), Mr. Airplane Man, and Creative Healing.