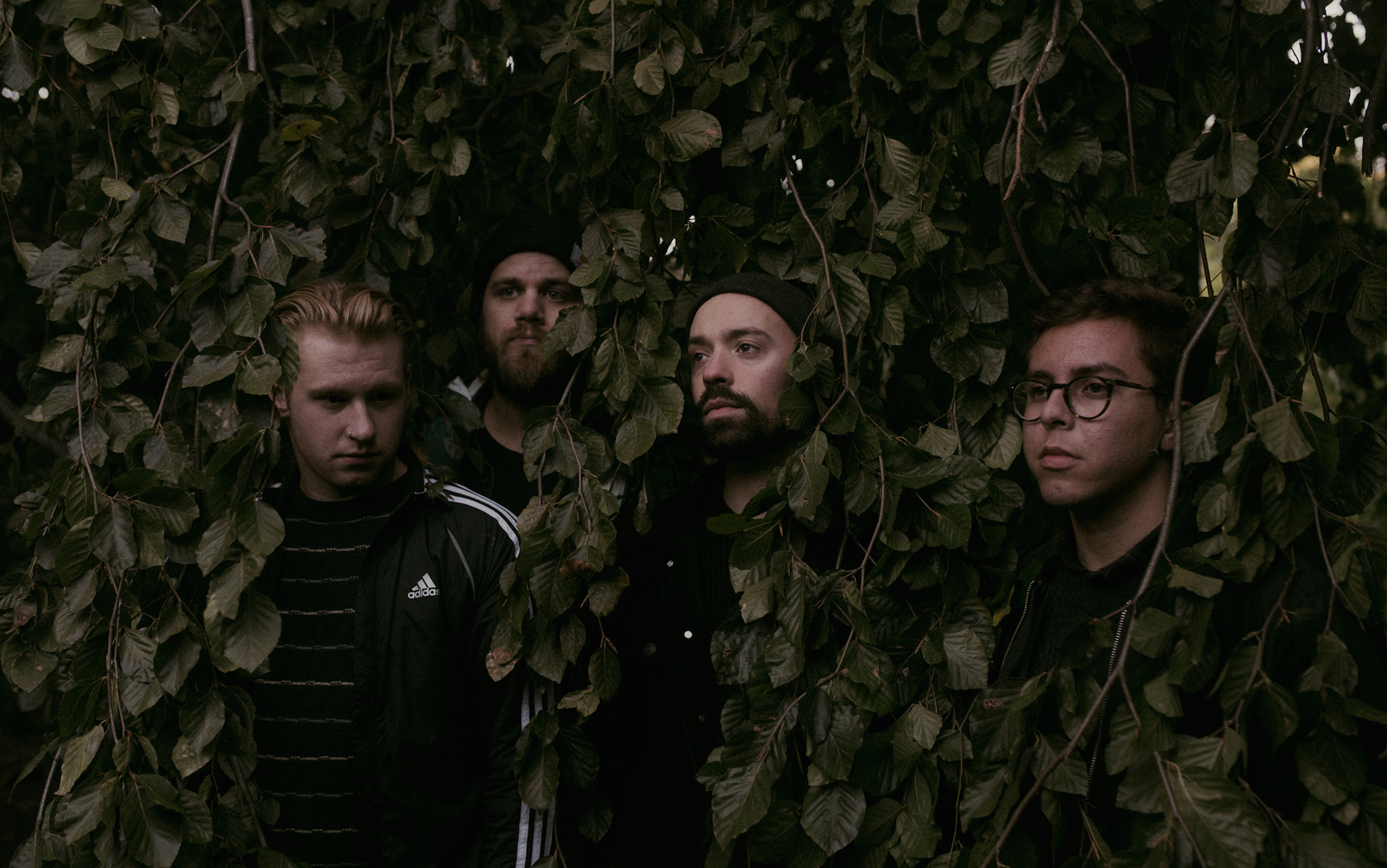 Ten long months after first being snowed in at their recording studio, Valleyheart are finished constructing their newest album, and for frontman Kevin Klein, it took a whole lot of deconstructing to get there.

Everyone I’ve Ever Loved, the Salem-based quartet’s freshman full-length — due out December 14 via Rise Records, two days after they perform live at the 2018 Boston Music Awards — focuses largely on the idea of identity and chasing the things that make you who you are. And with the album’s first single, “Crave,” which dropped last Friday, Klein set out to explore the struggles of constructing the best possible version of yourself amidst the pressures of society in the social media age.

“The song is about complacency and feeling stuck in boredom, but also excitement,” Klein tells Vanyaland. “It’s about chasing ideas of the next best thing, but then reaching that dream, and not really feeling it once you get there, and, in the end, feeling less like yourself.”

In terms of subject matter, Klein feels this first single fits perfectly on the record, acting as an “umbrella,” due to its ability to be introspective, yet general in the sense that it truly encapsulates the essence of the rest of the album, as well, and helps to resonate with a lot of people due to that generality. “I feel like it’s something that a lot of us struggle with,” Klein notes. “Especially in the age of social media, where you’re made to feel like you’re not doing enough, or being enough, or you’re not making and seeing enough because you’re always comparing yourself to everyone else’s best moments.”

Aside from the theme of identity, another driving force behind the assembly of the thematic elements on the record — and more specifically, the single, which can be heard below via Spotify — is Klein’s experience with his Christian faith growing up, and the psychological journey questioning his faith took him on to really reach the core of his beliefs. From those experiences, Klein used his art and powerful vocal talents to capture the essence of what he was dealing with.

“I grew up a Christian. That was a deep part of who I was. Not just the ‘being Christian’ part, but the whole culture that comes with it,” says Klein. “In my early 20s, I went through this whole construction and deconstruction of everything I believed. In that season of my life, I wrote Everyone I’ve Ever Loved, and the whole record is really about that confusion of what you’re all about since you’ve done this reconstruction.”

Klein considers the new album a “winter record,” with “Crave” being the shining example of that description, and not just due to the fact the band recorded the album in Maine in the middle of February. It’s lack of the usual fast pace vibe found throughout the alt-rock scene is truly inspired by the cold New England weather in which he both literally and figuratively surrounded himself with during the recording process.

For that, he thanks the album’s producer, Kevin Billingslea at The Halo Studio in Portland, who had more than a few “chill” ideas that Klein admits added a few more layers of raw intensity to the makeup of the album.

“A little fun fact is that the vocals for the last song on the record [“Paradisum”] were recorded with a wireless copperphone mic, outside in the freezing cold. The whole album is about feeling outside of yourself and being confused about your own identity, and the emotion of being out in the cold really brought out that emotion,” says Klein about Billingslea’s unorthodox, yet effective methods of creating the right the sound. “Production-wise, Kevin is just one of the best people, and he was so involved with this record. He really dove into it, and sort of became a member of the band during the recording process. Not just sonically, but with the ideas he had. This album would not be the same without him.”

“Crave” is obviously only a taste of what is to come with Valleyheart’s first full-length record, but it makes Klein hopeful to see the reaction of listeners, in hopes that it does more than just boost their popularity in new tour markets.

“I could say I’m looking forward to touring and hopefully getting more opportunities to see new cities, but the thing I’m really excited about the most is using these songs to open up conversations with people,” Klein admits. “Hopefully, there are people who hear the album and can resonate with it and hear their story in it. My favorite thing about music is how it connects people through relatability, so, whether you’re someone who is Christian and it helps you question what you believe, or if you’re not in the church at all, and it helps you gain some perspective on faith and think about it in a different way. Those are the conversations I’m really excited to open up.”