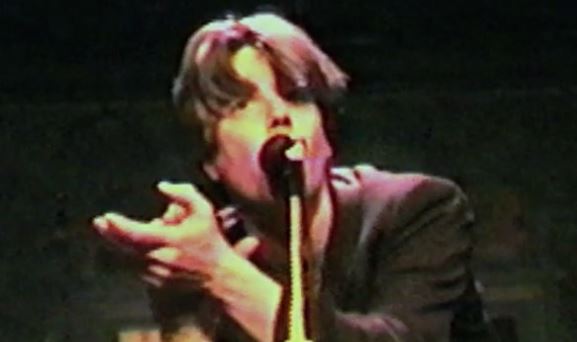 Over the long holiday weekend news broke that on Saturday (December 1), the corner of Brookline and Green streets in Cambridge’s Central Square will be renamed “Billy Ruane Square”. The dedication in front of Sonia, the former space of T.T. The Bear’s Place, would honor of the late Boston music scene icon who passed away in 2010, and now, the schedule of festivities has been revealed.

According to a post by the Facebook page Billy Ruane Forever, the dedication by the City of Cambridge will be held at 1 p.m. with Ruane’s family on-hand to accept the honor.

Organizers are asking that people first meet at The Middle East’s Corner space around 12:15 p.m., and around 12:50 p.m. the crowd will head over to the freshly-minted “Billy Ruane Square” sign, which will be in front of Sonia at 10 Brookline St. After the dedication, the party rolls back to The Middle East “for drinks, food, merriment, memories.”

An overly generous person with a larger-than-life personality, Ruane helped shape both the Middle East and T.T.’s by organizing and promoting shows in both rooms in the late-’80s and well into the ’90s. He is considered one of the pioneers of the city’s vibrant music scene. Ruane’s ashes currently rest in the Middle East Upstairs’s restaurant and bar space, overhead of the doorway that leads to the music venue.

The charge on securing “Billy Ruane Square” over the past few years was led by The Middle East and music journalist and historian Brian Coleman, who last year compiled more than 3,000 signatures (roughly 500 online and more than 2,800 physical endorsements) to support the cause and get the measure in front of Cambridge officials.

“I honestly wasn’t that surprised, because Billy touched a nerve with so many people, almost always in the best way,” Coleman told us about the volume of support from petitioners. “You just couldn’t meet him without an impression being made. Just walking around Central Square these days isn’t as fun, because you know Billy won’t come screaming by on his scooter, almost run you over, and make you promise to go to a show. Having that as a possibility always made it more fun in to anywhere in Cambridge. I know a lot of people would agree with that.”