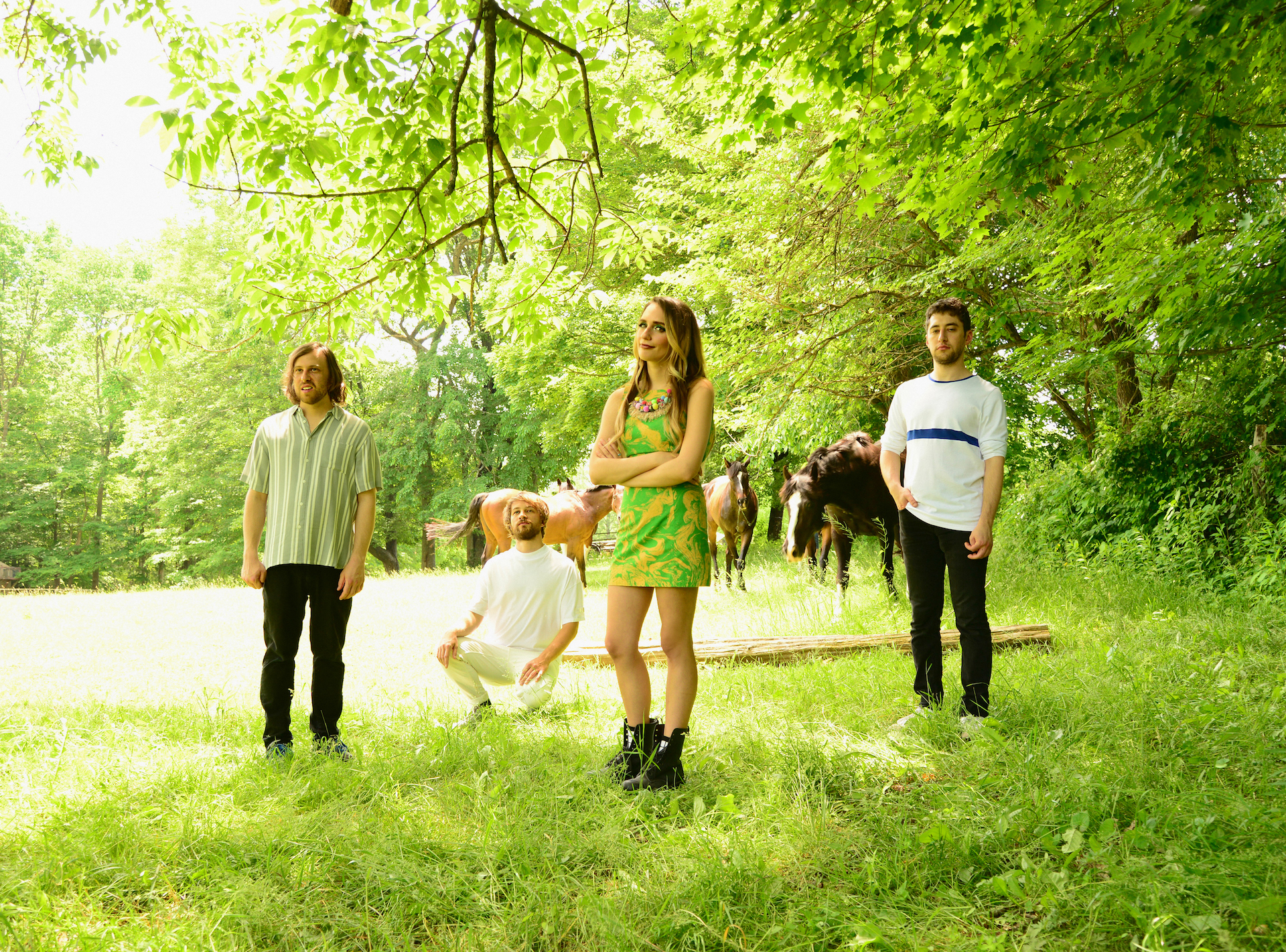 Sadie Dupuis’ prowess has officially reached its prime. Scan her new material and the Speedy Ortiz frontwoman is living her best, socially-aware-and-active life: She’s in league with the devil, she’s a witch hightailing it from predators in the sky, she’s using flippant humor as a form of artistic armor.

Her poetic pluck has landed her two major milestones this year: Twerp Verse, Speedy Ortiz’s biting third LP, and Mouthguard, her first book and collection of poems that reflect her pristine attention to detail. Succinctly, she’s inadvertently bolting down a one-way street to being the next poet laureate to come out of her generation.

After performing in their birthplace of Northampton yesterday, Speedy Ortiz storm The Sinclair tonight (November 27) with all Dupuis’ admirably caustic wit intact on Twerp Verse. But for all the record’s offhand remarks that grasp at self-preservation, Twerp Verse is far more focused on protecting and preserving all of us. When Speedy Ortiz scrapped what they had initially planned for their third full-length release in favor of more politically and socially aware content, they never wavered from their new trajectory.

“I wrote the songs about subjects I feel passionately about, under the understanding that these are collective concerns that affect and preoccupy most of my friends,” Dupuis tells Vanyaland. “I tried to write about privileges, the ones I have and the ones I don’t, and the ways in which I can see the world collapsing every day, but also the ways in which I see lots and lots of people working tirelessly to make change and build better lives for others. I hope the record inspires people to be thoughtful, to care about people within their communities and without, whether that means being a better listener and ally, or showing up for others with activism and protest and fundraising or other needed resources.”

The pivotal themes leap out in between Dupuis’ quips; privilege, abuse, sexual harassment, coping with trauma, and police aggression all stand their ground as unfortunately topical subjects on the album. “I’m Blessed” in particular puts forth an image a survivor of harnessing her powers — namely, the ability to connect with and assist others while also blocking out naysayers.

“I wrote ‘I’m Blessed’ very literally about a dream I had in which I was at a party, somehow, with the man who assaulted me, and the (thankfully very few) people who had downplayed my story or disbelieved me or victim shamed me when I came forward as a survivor a few years beforehand,” Dupuis explains. “All of a sudden in the dream, I remembered I had magical powers, and was able to literally float above these people and out of this place. I interpreted that dream to mean that even though there’s a lot of anxiety and shame and trauma attached with being a survivor, you wind up with certain powers. And the song is about those powers: The power to find friends and allies who have been through similar situations, the power to listen and help others through trauma, and the power to leave anyone behind who doesn’t support you. So it’s about toughness, resilience, moving past shame.”

As for the somewhat less-heady material that the band put on the back burner in favor of Twerp Verse, Dupuis says it’ll still make the rounds somehow. Their song “DTMFA” is already available to stream via Adult Swim.

“It wasn’t like we thought the songs would wind up in the gutter,” she notes. “We have a long history of releasing singles and compilation tracks and EPs and bonus songs, and those have usually been culled from our album sessions. In that sense it wasn’t hard [to scrap the songs] because they’ll all still exist in the world at some point. Going back to record again felt like it was for the health of the album. You always want to fill it with the strongest songs possible, and I’d disconnected from some of the older ones written for Twerp Verse, as early as 2014.”

It’s a move that not only preserved the “health” of the record, but undoubtedly will boost the well-being of listeners. Dupuis and Speedy Ortiz can flaunt their savvy and self-assured talent all they want; It’s the art of preserving our sanity in the reality of 2018 that makes Twerp Verse the “schmuck” that saves the day.