Echo & The Bunnymen apply a string theory to their classic material 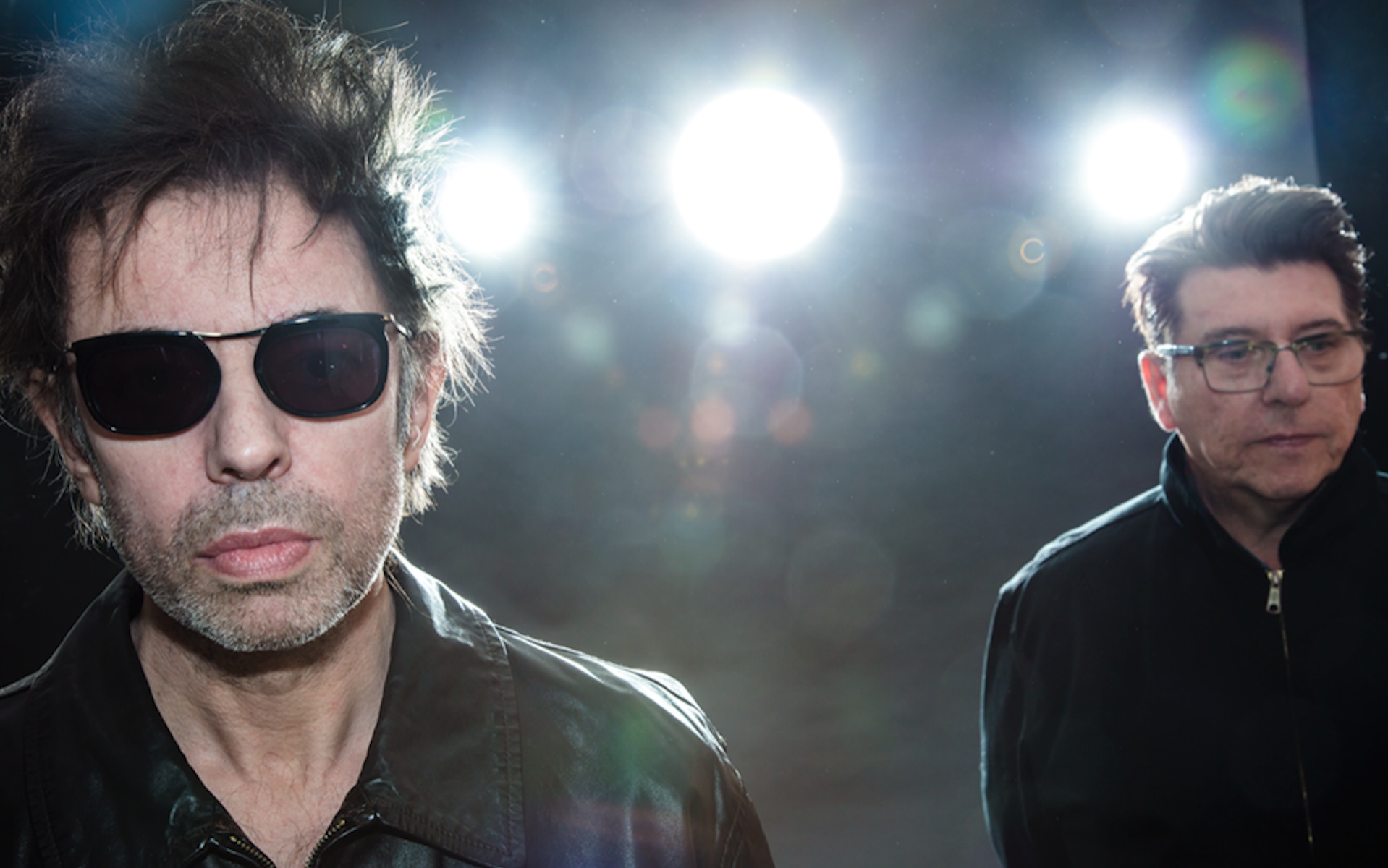 Will Sergeant has the most beautiful way of explaining that he never wants to hear the new Echo & The Bunnymen record ever again.

It’s not a personal objection towards the group’s new opus The Stars, The Oceans & The Moon, of course, which presents a “strings and things” reworking of a handful of their greatest efforts. It’s just that the guitarist has heard his band’s record a “billion” times over in the studio, and he’s ready to move on from the more mellow approach and take back their original post-punk magic onstage.

“I do painting, and to me, it’s the painting that matters, and what you’re actually going to do with it,” he explains to Vanyaland. “That’s the interesting bit. When it’s finished, you’re tired of it and just want to get on to another thing. Doing it live, you’re doing a fresh painting every day, even if it’s the same colors.”

Following a quick stint in the states earlier this year, the British post-punk group have returned to our turf, this time playing Massachusetts twice: tonight (November 19) at the Calvin Theatre & Performing Arts Center in Northampton, and Tuesday night (November 20) at Boston’s Orpheum Theatre.

Although he namely credits lead singer Ian McCulloch (who he quasi-affectionately calls “Mac” throughout our chat) with many of the major decisions for the record, he describes their live operation as more of a freeform cooperative. While on the phone with Vanyaland earlier this month, he broke down the euphoria of playing live 40 years later, from stream of consciousness improv to new glistening guitar tangents onstage. That’s the way the Bunnymen (still) bumble.

Victoria Wasylak: What can you tell us about the two new songs that you chose to put on the album?

Will Sergeant: They originated here in my little studio, I came up with them and they got changed quite a bit. I just offered them up to see what happens… I’ve got about 50.

Do you have any other favorite reimagined records from other bands?

Erm — no. [laughs]. The Flaming Lips did that whole Dark Side of the Moon, didn’t they? But that’s a different story. I collect old music, I don’t really go into new music. Do you know what I mean? I like a few new bands, like The Black Angels and people like that, but it’s mainly ’60s stuff that I like, so I don’t really come across anybody doing that.

You’re the first people in your music domain to do that, then.

Eh, we thought it was an interesting idea, but it was brought to us by the label. Why not? We’re always looking for new things, I suppose.

Are you playing any songs as they appear on the album at your live shows?

Yeah, I think “Bedbugs” is kind of like the new version. There’s little things, like sort of combinations of some of the new bits, but it’s not a great deal, it’s mainly the old style stuff. We’re talking about a live situation here — I thought it would be better the old fashioned way, myself. That’s more an album to sit down and listen to, that sort of thing. Live it’s a bit too mellow for me, you know?

For the tour, how did you pick what to play? Or is it just a “greatest hits” deal?

We’ve got certain ones that we play live every single set. There really isn’t a great deal of [change] from year to year. It’s like a pool of songs we play live, the same sort of stuff that we always do. We’ve been doing the new ones — well one of them, anyway. We’d always say that when we did an album, we wouldn’t go out and play all of the new album, we’d play one or two new tracks off it. That’s just what we always did. I just think that’d be a bit too much for the fans. I know when I go and see a band, I don’t want to hear them play the new album, I want to hear them play the classics. But what do I know? I know nothing. I’m a music fan so that’s what I’d want to do. If I go to see The Rolling Stones, I don’t want to hear the latest fokken’ album or soundtrack, I want to hear “Gimme Shelter” and “Sympathy For The Devil.” Do you know what I mean?

Especially with the example of The Rolling Stones, that’d be very disappointing.

It would probably be some sort of weird reggae thing anyway.

Which of the two new songs are you going to play?

We’re playing “The Somnambulist” live, and “Bedbugs” is a bit like the new version, the drums and the bass are different. There’s a new intro to — which was one is it? could be “Rust” — with a neat little piano intro thing. There’s a little bit [of the new record’s approach] peppered through here and there, but there’s still plenty of the old stuff.

So for the most part, a fan that goes to your show won’t notice much that’s different.

We’re not doing the “strings” thing, we’re not bringing in that at all. You can’t turn up [with the strings approach]. It’s like, “the strings are there, they’ve got to be able to hear everything.”

You had said the album is more something to sit and listen to.

Yeah, I think it’s more like that kind of record — stick it on your hi-fi and tune out — for me anyways. Mac would probably turn it completely the opposite end, different idea about the whole thing.

Did you two ever clash when you were working on the record?

You don’t get a chance to clash, you don’t ever get that option. It’s his way or the highway. It’s just kind of like “eh, okay, whatever.”

What are you hoping fans will take from the album?

Just a different perspective on them [the songs], and enjoy it somehow. I don’t know — by the time we’ve made a record, you never want to hear it again. You know? It’s kind of like… even that year, I never ever play it or anything like that because you’ve heard it a billion times in the studio, going backwards and forwards, and it’s like “how many times can you hear it?” I just never want to re-hear it again.

Playing live is a whole different thing. There’s just something about playing it live that’s different. I never got fed up with playing live, but I get fed up with listening — because you never know what’s going to happen [live]. We drift off sometimes and start to improvise sections, something kind of fresh for you to get your head around. You might do a little guitar thing where you think “wow, I’ve never done that before, that sounded good.” There’s always something to keep you interested, like the crowd. It’s the crowd that matters really. If they’re into it, you’re into it, it’s as simple as that. It’s a bit of a cliché, but that’s the way it works, it’s a joint thing.

That’s refreshing to hear, because a lot of bands don’t feel that way [at that point in their careers].

Our gigs have been great lately. We were just touring Europe. They’ve all been really good — we did the Violent Femmes thing, that was good. We’ve been going on tour with them, doing bigger places [venues] because we’ve got their fans and our fans together. And we’ve already been to America once this year.

Playing live is the best thing. I never get sick of playing “Killing Moon,” but I get sick of listening to it. It’s a just weird thing. Like, I do painting, and to me, it’s the painting that matters, and what you’re actually going to do with it. That’s the interesting bit. When it’s finished, you’re tired of it and just want to get on to another thing. Doing it live, you’re doing a fresh painting every day, even if it’s the same colors.

I just love playing the songs live, and I’ll never get sick of them. It’s the crowd, the people, the atmosphere, all that stuff. The fact anything could happen at any minute. Mac can go off on a tangent and we all follow behind and make something new that’s never happened before, you know? That’s what happens with our stuff quite a lot. Going into little freakout bits and Mac goes off on some sort of stream of consciousness thing, and you just support him and hold him up with it. It’s a good thing.