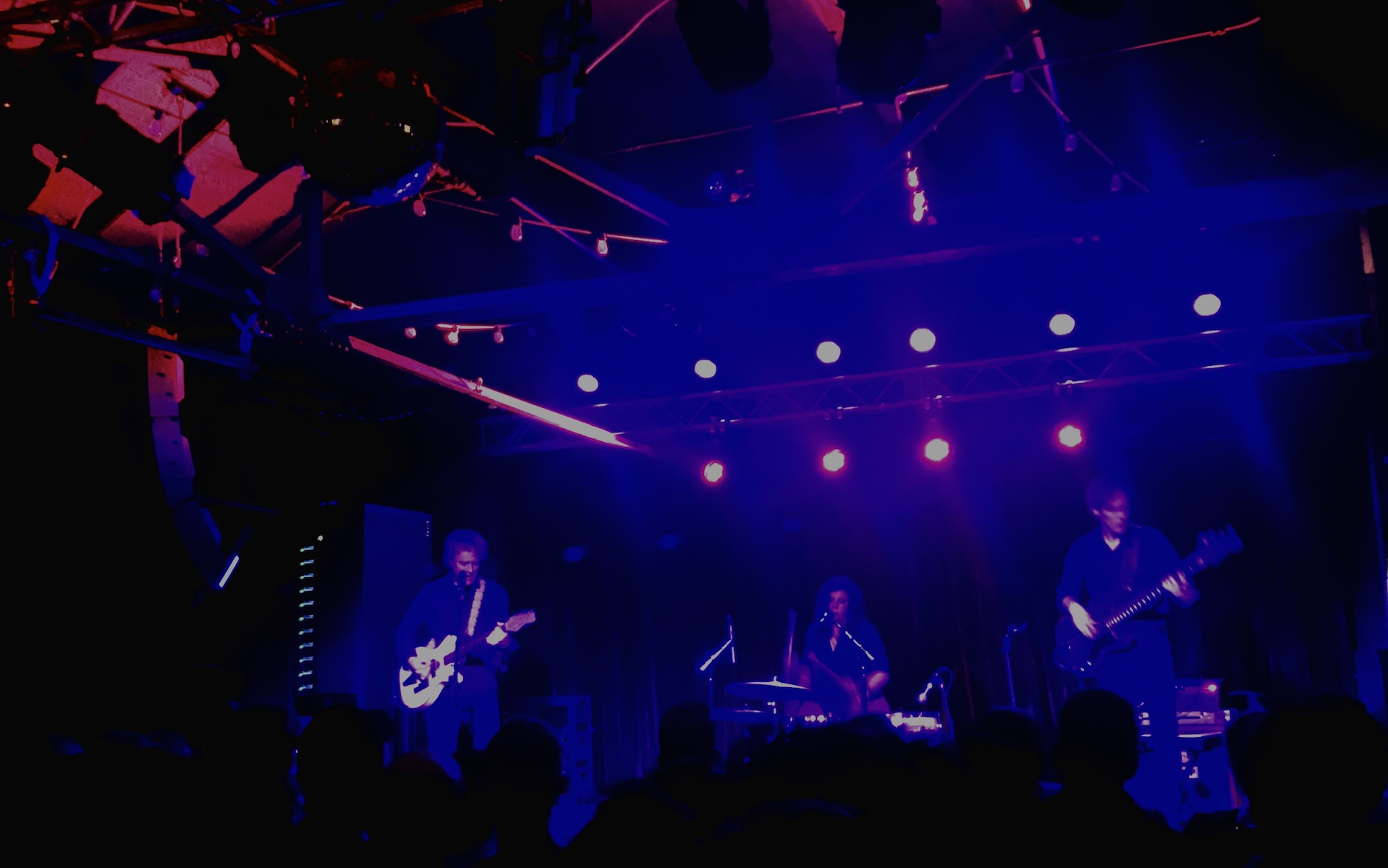 This past Friday (November 9), Brighton Music Hall in Allston was packed with dedicated fans of Low.

The Minnesota group’s latest, Double Negative, has garnered immense critical praise. And rightly so. The record is an instant classic that whose sound eschews what many might consider a more “classic” sound. Instead, the band took sounds to their limit. With the assistance of producer BJ Burton, songs were twisted and distorted sometimes into near oblivion.

But rather than unsettling, the record’s somber/glitchy atmosphere proves to be a comforting reaction to general atmosphere in America and around the world. Comforting in that you are not the only only one staring into the chaos of the void. As superb an album as Double Negative is, one could only wonder how the band would take such a studio-centric album out on the road.

Speaking with Vanyaland, guitarist Alan Sparhawk explains: “We knew, going into the recording sessions for [the album], that we were going to be using different tools and instruments from the ones we normally use live. The studio is a very different process and creative experience. In the studio, you are trying to shape eternity, and on stage, you are trying to shape the moment. We have been playing live for 25 years and it is the essence of the band. We prefer to use our hands and voices over pressing buttons and staring at screens.”

Their set in Allston proved to sound more like the Low that your average fan would have come to know, but certainly not without the elements of Double Negative. The sparse stage set-up (guitar, bass, and barebones drum kit was augmented with a handful of samplers and MIDI controllers, leaving the band still at the forefront. Labels such as “slowcore” and “indie” aside, the stark minimalism and emotional honesty of Low remains the most punk quality of the group. Being boldly vulnerable and free of duplicitous intent, you are left with the only the depths of yourself when absorbing their songs (staying tethered by the songcraft).

A few songs in, Sparhawk stopped to address a technical issue only to inform us that his gear appeared to be acting by means of ghostly possession. And, while not being one for the paranormal, it was just the right tech hiccup to occur on such a stormy evening.

Particular standouts of the night included “Fly,” whose bass-heavy pulses seemed to rattle the bar, and “Always Trying to Work It Out” where Sparhawk showcased his best Neil Young-like guitar work. You have to respect a performance of a song like “Pissing” where a player commits to vocalizing through their guitar pickups. “Dissarry” closed the set, crescendoing into an excellent release that gave the set a trajectory most only dream of. But the encore of their 2007 classic “Murderer” was dispirited. Technically on point, Sparhawk addressed the fact that, while the song usually felt right in the set, it was beginning to not feel right.

The trio, along with percussionist Mimi Parker and bassist Steve Garrington, continue to make some of the finest music. And we’re lucky to have seen them in such an intimate setting when they’re used to playing churches and theatres in Europe. But addressing and processing the emotional strain is only step one. There’s still work to be done. Thankfully, we have the right soundtrack.

“We have known Nona for many years,” says Sparhawk. “She was in Dark Dark Dark, who toured with us, and she is a prime mover in the Minneapolis music scene with her multiple experimental ensembles, including a choir. IN/VIA is a very personal and singular vehicle for her most fragile creations — she has created a whole world with its own unique atmosphere and light — even new language.”

He’s absolutely right. Invie’s sound is rich with beautiful textures and ethereal vocals that all seem to morph over time. A strong opener for the show as her sound never stayed put long enough for anyone to tune out, wavering between cutting synths and dark pulsing rhythms. Invie told the crowd of the mishap of playing a Leonard Cohen song in his native Montreal the night before (the crowd was not pleased). Boston was treated to a particularly lovely Lonesome Leash cover, though. How anyone would be less than thrilled with her sound eludes me.

Photo by Victoria Burmeister for Vanyaland.