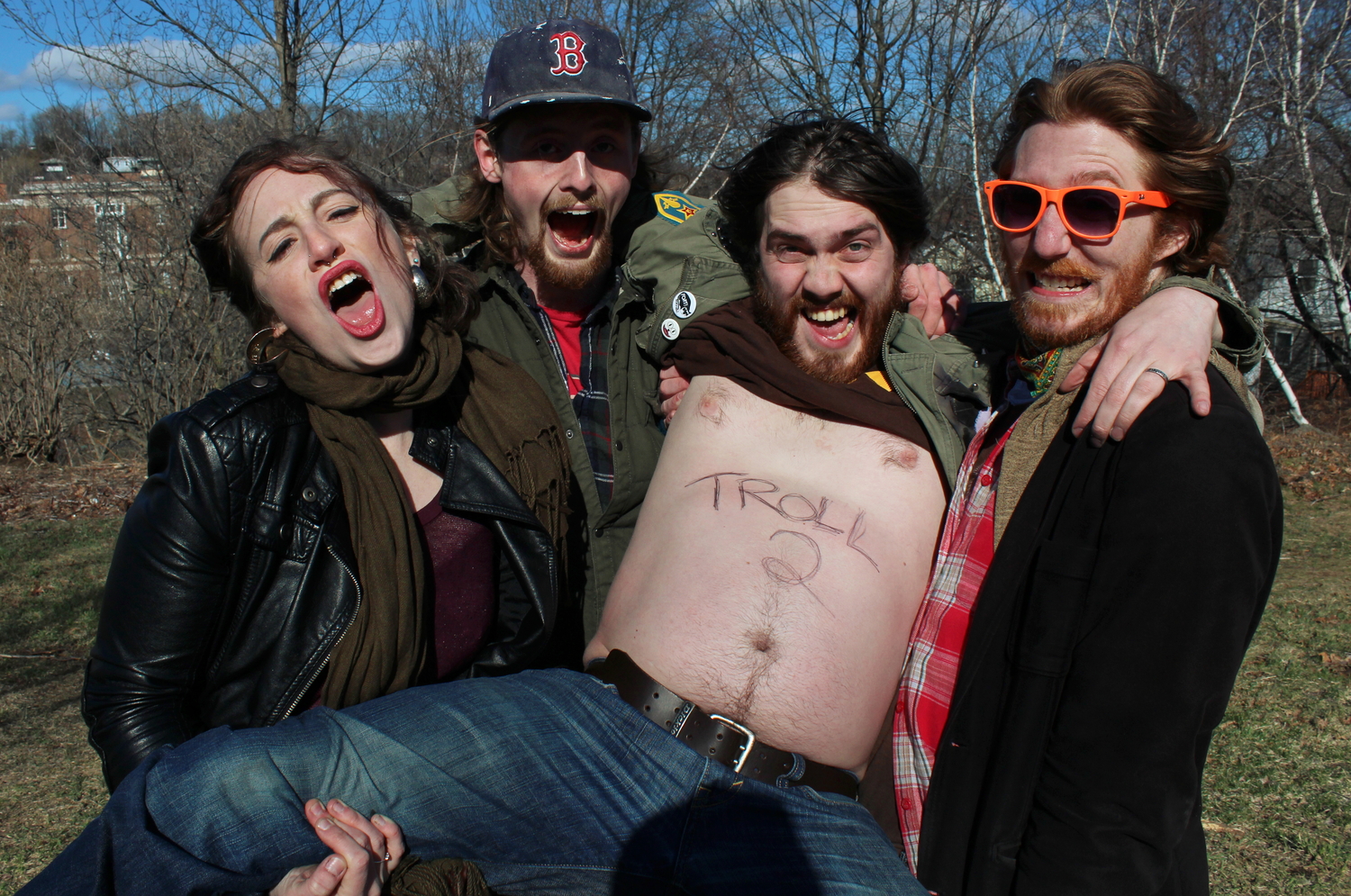 What Studio 52 Says: Born in a Jamaica Plain basement, Troll 2 (the band, not the best/worst movie of all-time) inject their punk-folk with twinges of line-dancing rockabilly and bluegrass. On the surface their third and newest record Death Magnanimous (released this past June) paints a bleak picture of the world and its current political and social climate. While many bands and artists follow a similar path, Troll 2 does so without mincing words. Starting with the short instrumental “Troll 2 Theme Song,” the band leaps into the heavy “Means and Motives” where the unbelievably talented fiddler/singer Zoe Rose DePaz croons about getting revenge via clobbering a rapist with a brick. It’s designed to be disquieting and that’s the point — the themes of the songs on their records hit you in the face and push these issues to the front instead of slathering them in metaphors. It took me a few listens to really stop and listen to the lyrics because the music behind it is just so decidedly brilliant. Big thumping notes from the stand-up bass and foot-stomping riffs from a mandolin and guitar are quick-paced and hit you just as hard as the subjects in the songs. Whether or not you feel as strongly about the issues they press, you can feel their passion ringing out in every melody and that’s all that should matter. Catch Troll 2 tonight (Friday, November 9) at Midway Cafe in JP with The Brian O’Connell Fellowship, and then January 17 with Jakals at Great Scott in Allston before they set off on an East Coast tour in April. — Andrew Maroney, Studio 52