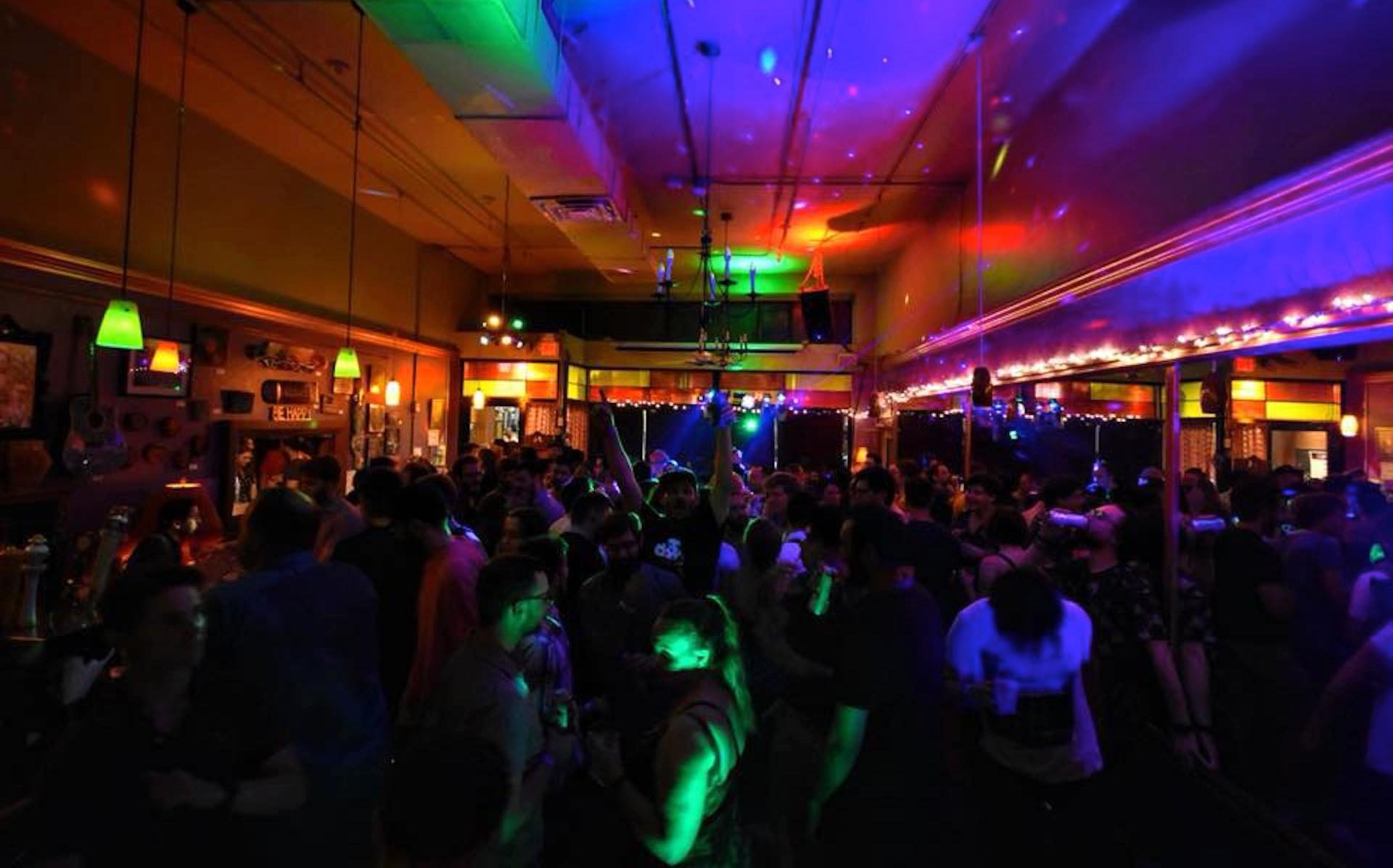 As artists like Carpenter Brut and The Midnight roll into town to play packed rooms around Boston and Cambridge, it's clear that the white-hot synthwave revolution has reached us here in usually cold-shouldered New England.

But a not-so-dirty little secret among clubgoers over the past year is that there's no need for touring artists to roll through our sleepy pastures for locals to shimmer in synths and dream in neon: The monthly Overdrive dance party has kept a steady and consistent beat through the genre's rise from the city alleys to national rallies.

This Saturday (November 10), Overdrive shifts into exactly that as DJs J-808 and J-Volitans celebrate their first anniversary with their biggest dance party yet -- a move from intimate ZuZu and into the Middle East Upstairs space. The upgrade was made possible in part due to Soulelujah's recent relocation, opening up the Mid East's Upstairs room for a new party, but also because of the fast evolution and ascent of Overdrive -- a meticulously crafted DJ night that skillfully mixes deep cuts with familiar classics that pull from both the underground and sky-high worlds of retrowave, electro-pop, dance-punk, and synthwave.

Back in March we provided a bit of a background of the two players behind the wheel of Overdrive, and since then we've hyped killer new tracks from artists like Roxi Drive, NightStop, Gunship, FacexHugger, The Midnight, and Boston's own Trlogy.

But for Overdrive's first anniversary party, we asked the DJs what's on their play,lists, offering a glimmer of what's in store when hot-pink bottles of retro-futuristic bubbly are popped across the Middle East's dance floor this weekend. Here's what they hit us back with.

“While this track isn’t necessarily new (it’s about three years old), we’ve included it here to give folks a sense of the other synth flavors we’ll spin at Overdrive. In this case, Nouvelle Phénomène weaves the perfect hybrid between the synth and the “coldwave/postpunk” side of the spectrum. To us it’s already a darkwave classic!” — DJ J-Volitans