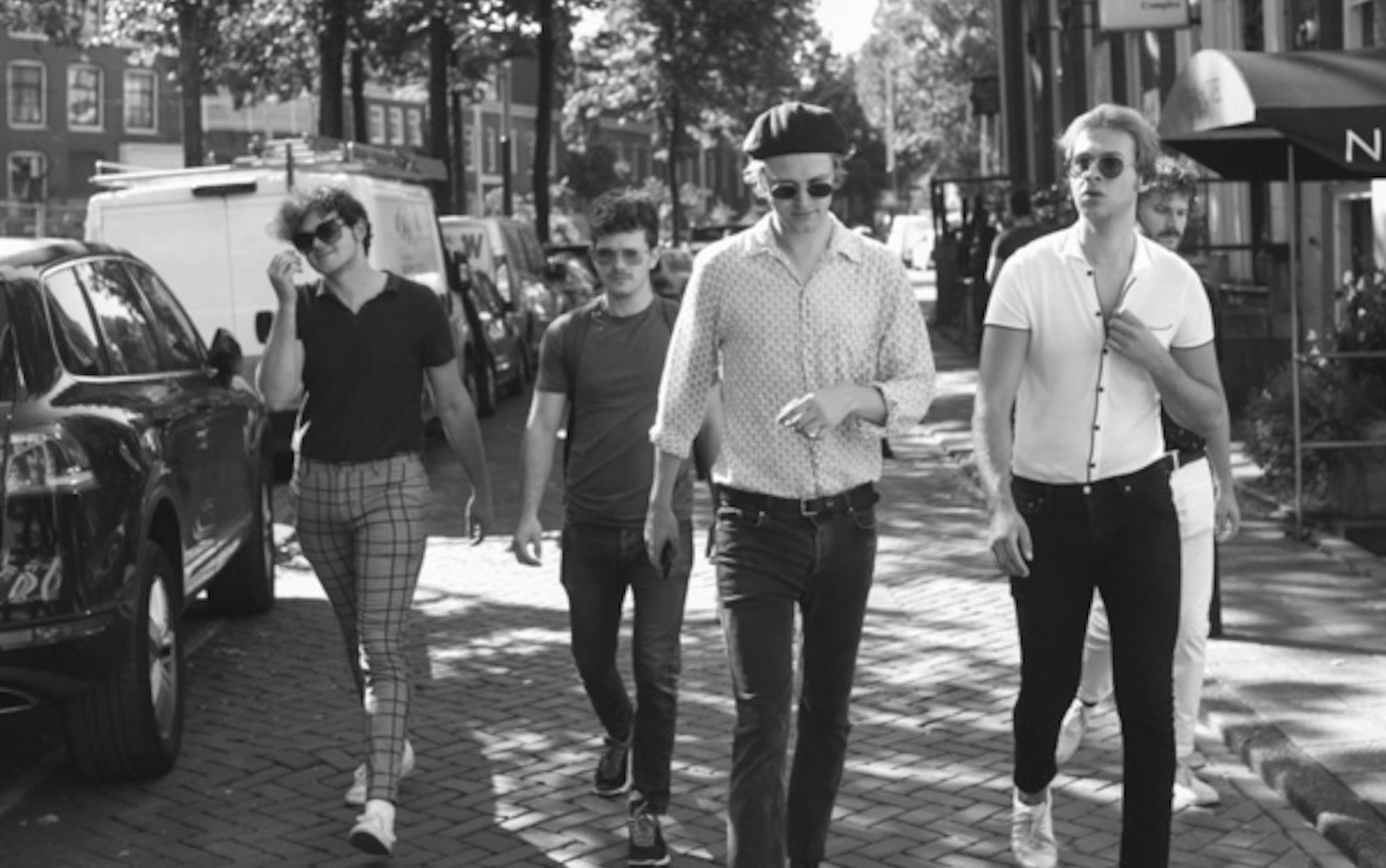 Back in May someone tweeted a bit of meme brilliance by stating that “2008-2012 radio-friendly indie pop was legitimately good… you guys are just cowards.” The image, which has been RT’d more than 58,000 times and liked more than 180,000 times, cited LPs by Passion Pit, Phoenix, M83, MGMT and others to confirm the claim.
We see no lie in this meme.
We think fast-rising UK quintet The Modern Strangers would agree with the sentiment, as the indie band fronted by brothers Max and Archie Davenport bring back the blissful memories of those bands and era on electric new single “Red Strip Lights.” This joint could resurrect indie dance party culture on its own, as the shimmering single follows their debut June EP Meltdown Mechanics and suggests great things are in short order.
“‘Red Strip Lights’ is actually a very young song,” The Modern Strangers state. “We wrote it at the end of summer after a long stretch of festivals. I guess you can hear that in the song. We wanted to make a tune that sat in-between ’Coco Hello’ and ‘Margarita’ but gave a little something more. It’s about a troubled soul who youd find out and about trying to find a club that’s still open.
There’s nothing better than stumbling into that club and hearing music like this. So until we develop a time machine that can transport us back a decade, we’ll have no choice to power forward with one of our favorite new bands. Peep “Red Strip Lights” via either Soundcloud or Spotify below.
Featured image by Caitlin Mogridge.