The Queen frontman's biopic somehow manages to make one of the most interesting performers of the 20th Century... boring 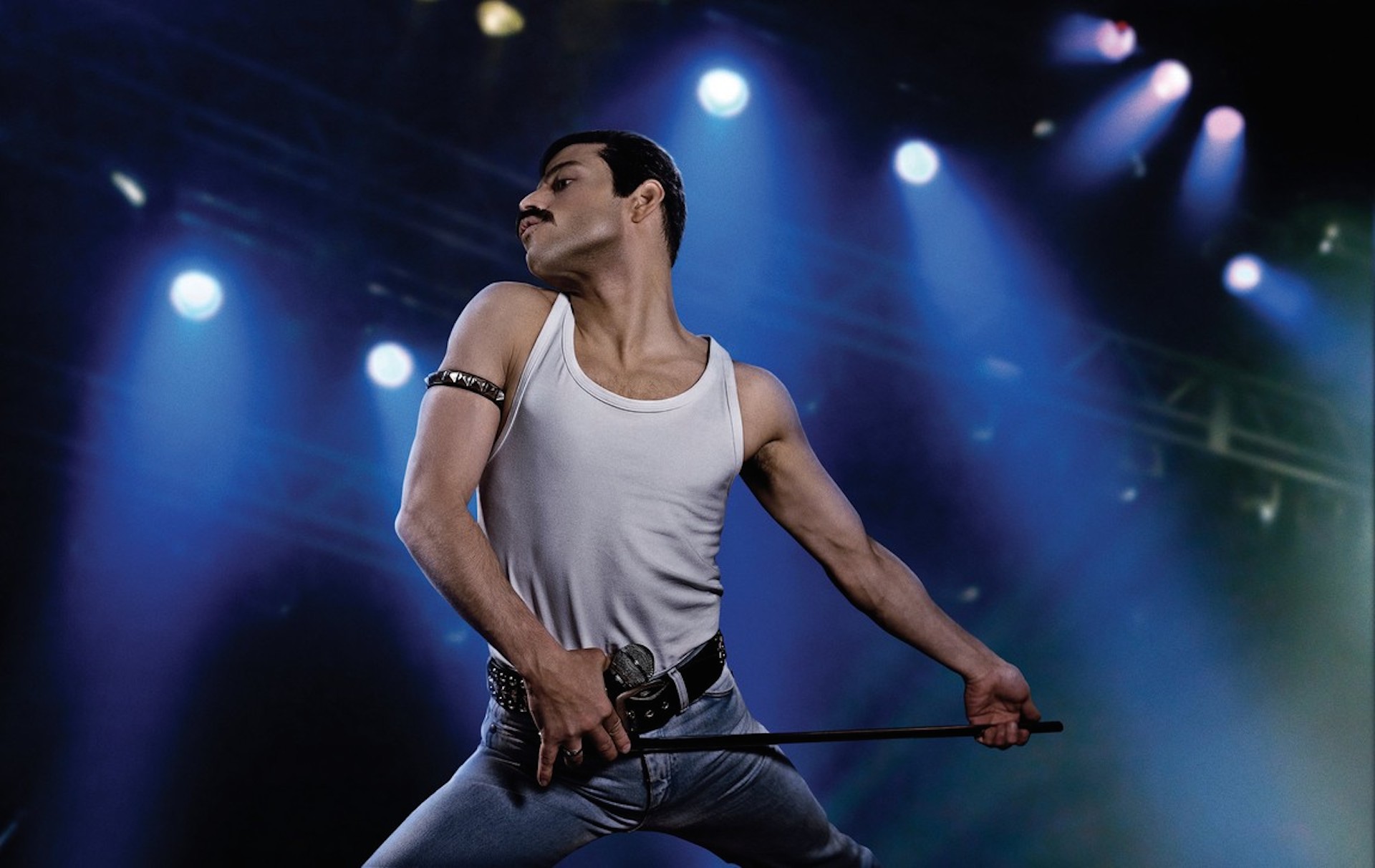 There’s already an excellent reason to not see the Freddie Mercury biopic Bohemian Rhapsody, and it doesn’t involve anything shown on screen.

Its credited director, Bryan Singer, is the Teflon Don of the #MeToo era, who, despite countless reports of his allegedly bad and potentially criminal behavior, continues to be gainfully employed by suits who like his bland and competent style. After some clashes with his star, the erstwhile Rami Malek, he was replaced in the middle of filming by Dexter Fletcher, who helmed the swell and small-scale Eddie the Eagle a few years ago, but thanks to DGA regulations, he retains sole credit for directing the film, and those unaware of the backstage drama — the majority of the viewing audience — this is a Bryan Singer Film through and through. Its success seems so assured that Fox has already offered him the chance to direct a Red Sonja adaptation, and perhaps his alleged misdeeds will simply fade into memory.

You have a chance to put your money where your mouth is when it comes to supporting real change within the studio system by staying home when this film hits theaters and, if it’s any consolation, the movie sucks, too.

Penned by in-demand screenwriter Anthony McCarten, who seems to have made it his life’s mission to bring the 20th century’s most legendary Englishmen — Stephen Hawking, Sir Winston Churchill — to screen in the most drab fashion possible, Bohemian Rhapsody could be more charitably characterized as a Queen biopic more than a Freddie Mercury one. True, the once-Farrokh Bulsara may be our POV character, and we follow him from his humble origins as a Heathrow baggage handler with disapproving parents all the way to the stage at Live Aid, but the way that McCarten and Fletcher emphasize how much Mercury’s life sucked when he wasn’t with the band kind of limits our perspective into his personal life. We see his relationship with Mary Austin (Sing Street‘s Lucy Boynton) unfold and alter with the pressures of fame, we watch the birth of countless great songs — most of which emerge from the creative ether after a brief moment of band infighting — and watch his eventual “downfall,” where a mustachioed ginger (Allen Leech) leads him into a world of leather daddies and handlebars which, to mainstream cinema at least, means either a serial killer’s on the loose or AIDS is just around the corner. Other critics have remarked about how closely this film follows the music biopic template so searingly parodied in Jake Kasdan’s Walk Hard, and they’re not wrong.

You think a larger-than-life icon at the film’s core could, you know, bring some color to the mixture both literally and metaphorically, but Fletcher is perfectly content with letting the boilerplate smother the life out of everything. Terrible CGI abounds in the Live Aid scenes, and an EMI executive played by Mike Myers, of all people, features some of the worst make-up seen outside of an Adam Sandler Netflix joint. Scenes set before 1980 are slathered in a faux-tungsten haze meant to enhance the bellbottoms and big hair, and a grey sterility takes over once we hit the ’80s, when things start to go to hell for Mercury and company. It’s all very generic and empty, and so much of the beauty of Mercury’s life story — his role as a queer immigrant in the midst of white rock-band heyday — is poorly served by this approach, which means that the film is “color-blind” (outside of a few references to Freddie being a “Paki”) and reflexively hetero-normative. Mercury’s sexuality is, predictably, poorly handled, and even though it doesn’t avoid that aspect of his personal life entirely as some feared based on the advertising, his journey of sexual self-discovery has all the tropes you might find in a Jack Chick tract. This includes drastically simplifying the timeline of the artist discovering his AIDS diagnosis (he didn’t find out he was sick until well after Live Aid) so that the end of his “promiscuity” coincides with the biggest moments of his public life.

Malek is the film’s sole redeeming quality, as he’s able to bring a livewire energy to the performance and accurately reflect Mercury’s impressive stage presence. His off-stage affect is a little less successful, as it begins to drift into the realm of caricature once the film goes on, but you can see him doing his damndest to make the movie feel alive. He’s let down by the writing, which never wants to give Mercury any interiority, or to potentially pry behind the icon to reveal the person within. It’s an arms-length examination of someone whose careful caretakers only want you to remember the version of events that they want you to. Any and all band conflict is Freddie’s fault — he’s late, he’s narcissistic, he’s too headstrong — and the other members of Queen are so lightly and carefully handled that you can feel Fletcher and company struggling to avoid pissing off their image-conscious real-life counterparts (Jim “Miami” Beach, the group’s manager — and a character in the film played by Tom Hollander — is a producer on the project). There’s already a laundry list of things that the band wanted removed from the final product (Brian May wanted his first wife scrubbed from the film’s history), and though every biopic suffers from this “too many cooks” bullshit, it’s hard to square with the flavorlessness of the film itself.

Perhaps one day, free of all the middle-managers and the behind-the-scenes trouble, we’ll get a biopic that attempts to tackle Mercury the person as well as Mercury the icon, and does justice by them both. We’ve seen a filmmaker tackle the life and times of one of our most enigmatic master singer-songwriters and succeed wildly at it, and Mercury’s story is ripe for such a take. But Bohemian Rhapsody, with its utter falseness and drab nature, isn’t worth all of the nonsense, and it definitely isn’t worth it to support Bryan Singer’s continued career.

Here’s a tip: Instead of watching a movie that painstakingly re-creates the entirety of Queen’s Live Aid performance, why not watch the real thing once again and be reminded of the brilliant style and skill of the real Freddie Mercury? You’ll get all of the brilliance, but none of the baggage.
Featured image by Alex Bailey via 20th Century Fox.