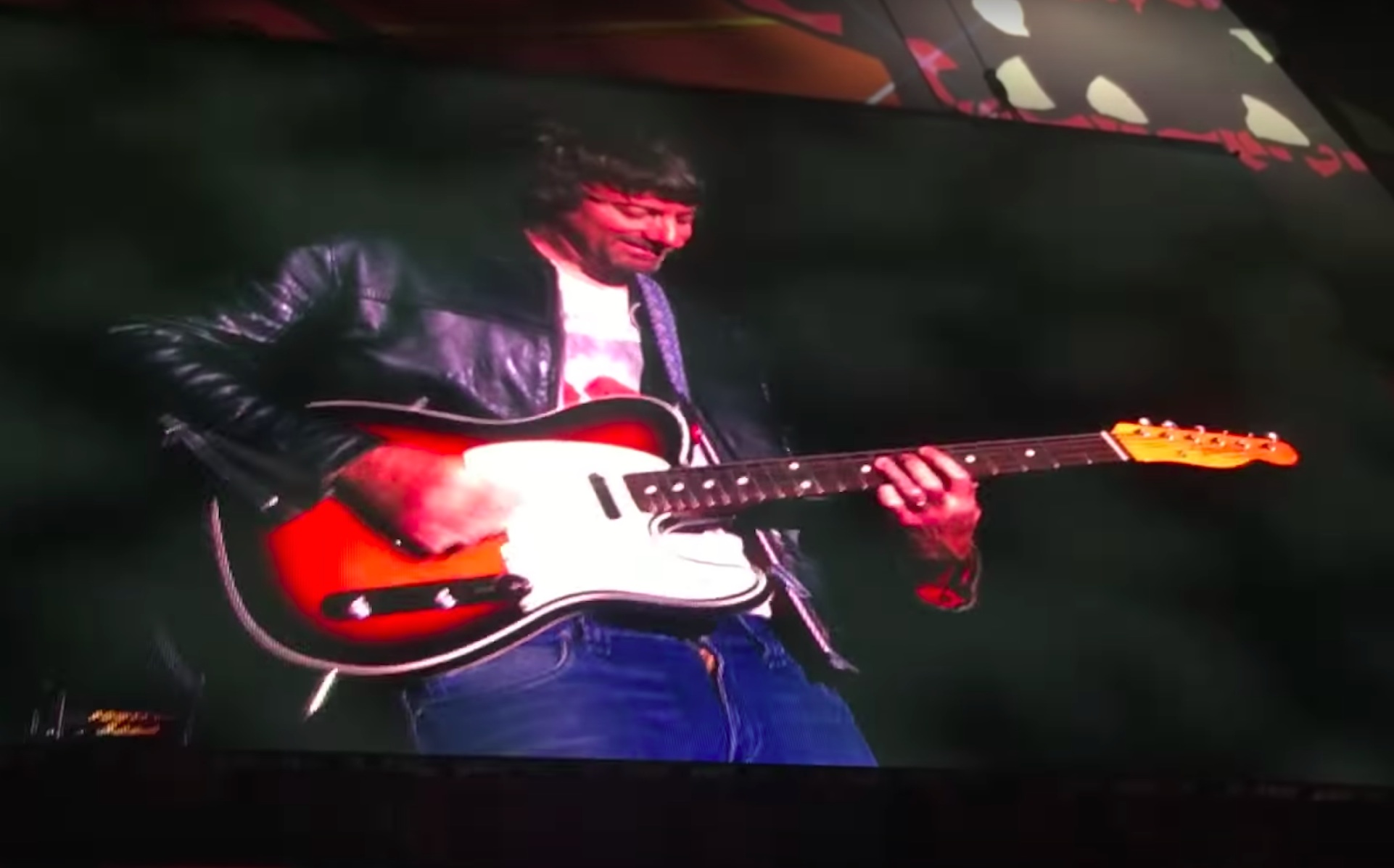 Blur guitarist Graham Coxon played The Middle East in Cambridge back in September, and Damon Albarn’s Gorillaz played TD Garden last week. As the shows came and went, we really didn’t give thought to any sort of crossover potential here, until this past weekend, when Coxon joined Gorillaz on stage at the band’s Demon Dayz Festival in Los Angeles. Predictably, they all jammed out to Blur’s arena anthem “Song 2,” and while we’re short one Alex James on bass and one Dave Rowntree on drums to call this any sort of proper Blur reunion, we’ll play ball here and admit that seeing Coxon on stage with Gorillaz is pretty cool. They should have played “For Tomorrow” or “Bang,” though. Get your head checked by a jumbo-jet via fan-filmed video below. Featured image via screengrab (it wasn’t easy, but nothing ih-is, no).