New Ordered: Ranking the tracks off the Killers’ ‘Hot Fuss’ on its 10th anniversary 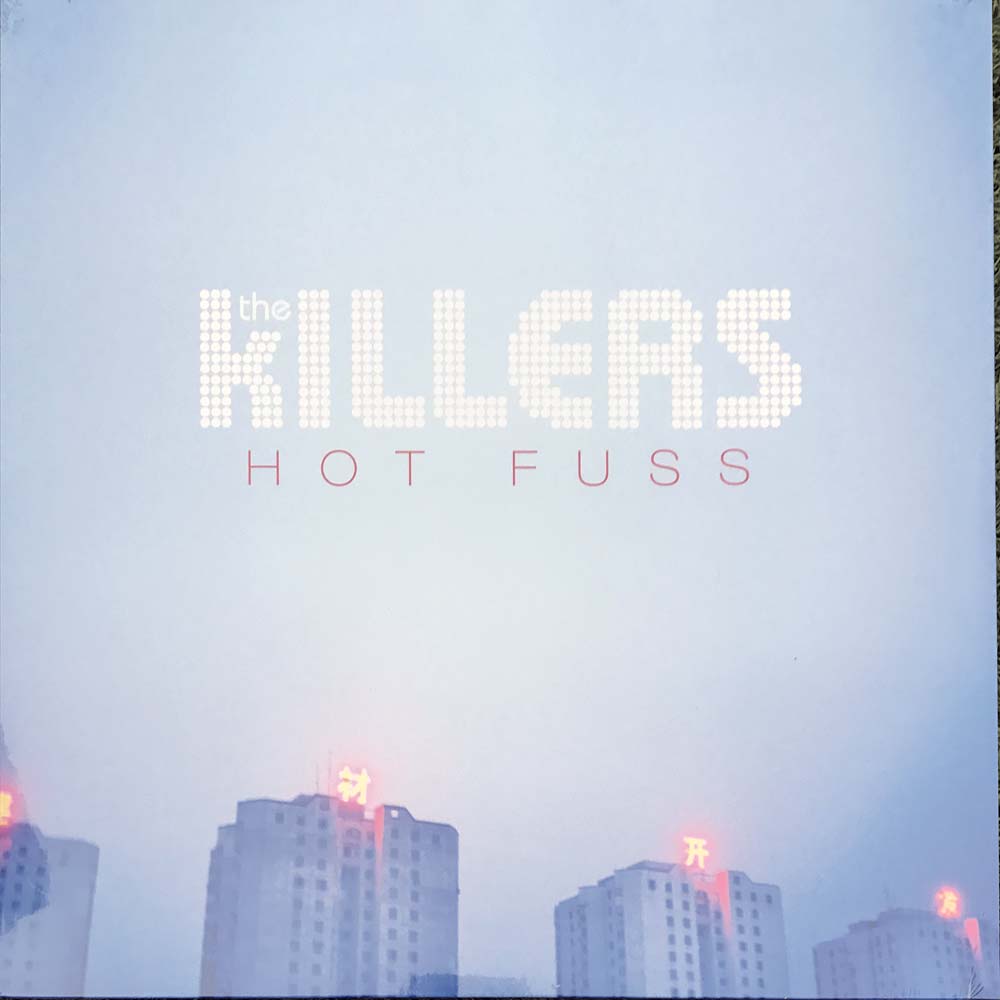 Welcome to a new series called New Ordered, where we take a classic album celebrating an anniversary and rank the songs in order of best to worst. We’re kicking it off with the Killers’ 2004 modern classic, Hot Fuss.

The year was 2004 — the Red Sox exorcised the Curse of the Bambino, people started to migrate from Friendster to MySpace, and an ambitious Las Vegas synth-rock band called The Killers released perhaps the finest rock record of the decade in Hot Fuss. At the time, we were all so young and incredibly naive.

With the 10th anniversary of Hot Fuss arriving this weekend in the United Kingdom and then June 15 here in the United States, the barrage of indie-disco singles and pulsating album cuts came crashing back into our headspaces, and got us wondering: How would we rank each song on Hot Fuss, from album opener “Jenny Was A Friend Of Mine” to standard album closer “Everything Will Be Alright”? (We’re ignoring the bonus tracks, here.)

This is no easy task.

In November 2008, I was a guest on WFNX 101.7 FM’s heralded Sandbox morning show in Boston to discuss the release of the Killers’ third record, Day & Age. After previewing tracks like “Spaceman” and “Joyride,” I quipped that one day the Killers would release a greatest hits album, and it’d simply be called Hot Fuss.

Like 2006 sophomore effort Sam’s Town and 2012’s Battle Born, Day & Age didn’t have the raw thump of the band’s debut, both because of an understandable inability to trump a classic and because of the times. 2004 was pretty much the height of the indie dance party, when Britpop nights shed the worn-in skins of Blur and Pulp for the fresher sounds of Franz Ferdinand, the Rapture, and the Yeah Yeah Yeahs. The Killers’ debut kicked the door in to the indie disco but also kept things going way past morning; with dashes of UK indie, new wave, emo, glam rock, Vegas showmanship, and a name nicked off New Order’s fictional band in the “Crystal” video, the Killers were some white-hot shit that set the tone for rock’s fixation with electronics.

Hot Fuss would go on to sell seven million copies worldwide, come in at Number 43 on Rolling Stone’s Best Albums of the 2000s list, and boast two iconic singles that defined the era in “Somebody Told Me” and “Mr. Brightside.” It was a massive debut record.

So, a decade later, which are the best — and worst — songs off that LP? Let’s find out…

On a record with two iconic singles that helped define a decade, it’s actually “Smile Like You Mean It” that stands out as the best track on the Killers’ sizzling debut. Perfectly paced, skillfully executed, and the first mainstream steps in merging rock and roll and electronic music into the Top 40 beast it is today. Over synth-rock’s next decade, imitators have tried desperately to capture the simple beauty in the chorus’ three simple notes. The music runs through your head as much as vocalist Brandon Flowers’ words. The band’s finest moment.

The “Love Will Tear Us Apart” of the indie-disco generation. And probably the greatest song of the 21st century.

Though it quickly lost its shine after the millionth play, it’s hard to ignore the excitement felt the first time you heard “Somebody Told Me,” its rock and roll engine revving in the extended intro to the point of overburn, and the buildup in the first minute or so demanded that the song hit a smoother cruising altitude in the chorus. At that point, “Well somebody told me / That you had a boyfriend / Who looked like a girlfriend / That I had in February of last year” became the most memorized lyric of the year.

When I first bought Hot Fuss after hearing the first two singles, I was shocked looking at the track listing on the back of the CD while walking out of Newbury Comics: how could “Somebody Told Me” not be the lead song? The answer came within the first 20 seconds of “Jenny,” the best coked-out rock song intro since Oasis’ “Morning Glory.” Here we have the sensual sonic foreplay before the hot musical sex of the following three songs. A very underrated table-setter.

Siren synths, a moody aura, and “a shimmy and a shake” — perhaps the most under-appreciated track on Hot Fuss. When I close my eyes and listen to “On Top,” I picture a rich, beautiful young Los Angeles couple fighting poolside in some movie adaptation of a Bret Easton Ellis novel. “I look at you, and smile because I’m fine,” Flowers offers in his most Ellis-esque moment. He’s not telling us something.

A final kickstart back to the indie disco, picking up the pace after the snooze-inducing “Believe Me Natalie” and before the closing track bids adieu. The last flash of the Killers we first fell in love with, even if it’s kinda just “Somebody Told Me” played backwards.

The point where Hot Fuss starts to run out of gas (track 8), “Change Your Mind” is neither offensive nor brilliant, supplying the pieces of previous hits but soft-serving them to ease into the lesser tracks that follow. And the band’s later records entirely.

Fact: You’re either on board with the lyric “I’ve got soul but I’m not a soldier” or you aren’t. The church bells sing, but not for everyone.

A tumbling, percussion-led album-filler track that doesn’t really go anywhere or serve any real purpose. The band had b-sides better than this. But B-Flo gets bonus points for rhyming “cliche” with “Monet.”

10. “Everything Will Be Alright”

Atmospheric, sprawling, and a traditional closing track that raises a cocaine bindle to the Beatles. Last call at the bar, kids.

Herky, jerky, at-times awkward album-filler snack dab between the third single “All These Things That I’ve Done” and the easy-breezy convertible-pop of “On Top.” Unless you’re named Andy, this one wore out the >>| button on your first-generation iPod.