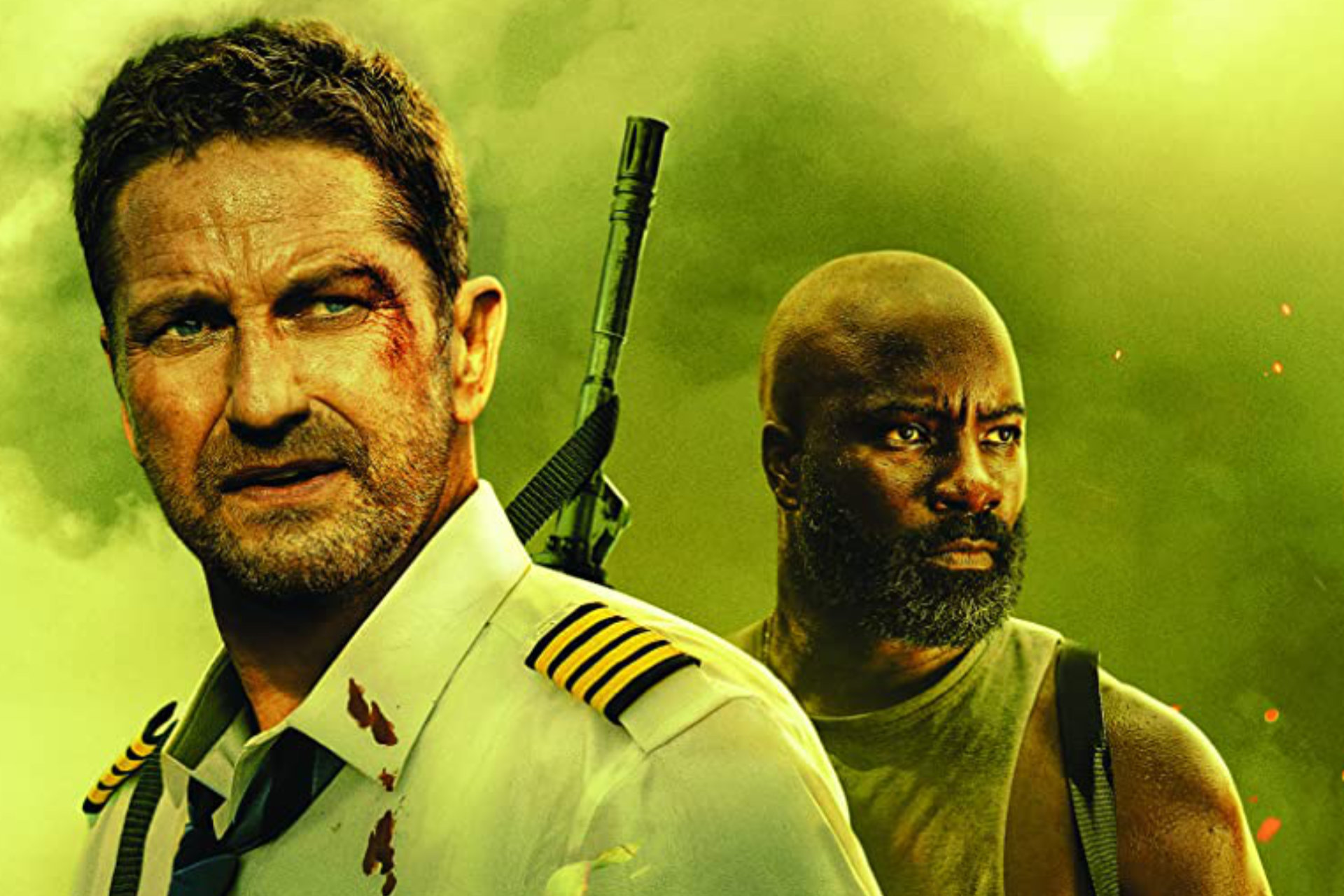 Who doesn’t love an airplane thriller? There’s something inherently terrifying about flight, though I guess it depends on the person what exactly is behind that terror: For some, it’s the loss of control (you are, after all, putting your life in the hands of a complete stranger behind the controls in a way that you aren’t when driving or riding on a railroad-bound train), for others, it’s the mere mechanics of flying itself, where you’re hurled into the air on a giant metal tube that may or may not be even close to passing the meager par of regulatory specifications, and for some, it’s that there’s an innumerable amount of issues that can crop up even if you’re flying with a skilled pilot and on a top-of-the-line aircraft. All three are name-checked in Jean-Francois Richet’s Plane, a Gerard Butler-led thriller that bears all the hallmarks of “January Doldrums” release but is still kinda fun, but it’s that last one that serves as the catalyst for the adventure.

Butler plays a pilot at a budget airline who was sent to work low-priority routes after a video of him beating up an unruly passenger after the man assaulted one of his flight crew, who finds himself in the middle of the worst possible situation. On the plus side, it’s New Year’s Eve, and there aren’t too many folks aboard his flight from Southeast Asia to Tokyo, most of whom are just stragglers looking to make it home. On the minus side, he’s given a route to Japan that places his aircraft right in the middle of a giant storm so that the airline can save a couple of dollars on wasted fuel, and the man in charge of making the pathways lies to him and says that it’ll be no major issue. As such, he’s plunged directly into the middle of a major storm, and a lightning strike takes his onboard electronics. They’ll have to make a crash landing somewhere, most likely in the Pacific. But, at the last moment, he notices an island through the clouds and fog and decides to put the plane down there. He does a fantastic job, finding the one major road visible to him and landing the plane in one piece, losing only two souls in the process, a flight attendant and a federal marshal. The majority of those on board are alright, and the plane is fully intact, if totally inert.

The catch is that he’s landed on a disputed island in the middle of the Philippines that’s been taken over by a separatist junta. It turns out that ransom money makes up a whole lot of their revenue stream, and they’re more than cool with killing their captives should payment not come fast enough. This shitty situation is compounded by two factors: First, no one at the airline knows where the hell they are, as their transponder and radio were fried during the crash, and the second is that the plane was transporting a prisoner (Mike Colter), a former soldier who’s been on the lam for 15 years for murder, and that dead federal marshal was the only person watching over him. So, Butler’s got to find some way to get his passengers and crew off of the island and to do so, he’ll have to trust a man with a serious amount of combat skills who may or may not be scheming to either take off at a moment’s notice or kill him in cold blood. Across the world, the airline’s crisis management team has come together and hired a shitload of mercenaries – the Filipino military won’t touch this island without a full battalion of soldiers and won’t send them until the next day, which is 24 hours too many in this situation – and all paths will converge on the plane.

Richet, as well, has several things working against him: It’s clear that Plane was a bet that Butler and a light release schedule would mean the movie would hit theaters instead of VOD (and that’s no insult to VOD movies, of course, there’s just a different set of expectations for them) and he doesn’t have the budget to make things quite as realistic as one might hope – when seen mid-flight, the plane is rendered in a way that might recall if you’ve ever played Microsoft Flight Simulator on an aging graphics card – but he does manage to craft a pretty entertaining film in the process. Eschewing the plane crash means he can make the third act exceptionally thrilling, once the junta and the mercenaries convene at the plane. His approach to action is often very well handled, with one scene in particular standing out: A one-on-one showdown between Butler and a low-level goon in an abandoned building, filmed in a single take.

Yet Plane lives and dies on Butler and Colter’s shoulders, and both do a solid job with what they’ve been given. Freed of an American accent, the former pushes the charm up to 11 and can be more relatable in the process when he starts going through genuine hell, and Coulter echoes the kind of superheroic presence he showed off in Luke Cage for Netflix, cutting a strong figure who’s both wise at battle and wholly unpredictable. As such, the pair are able to help smooth the twists and turns in the plot like a pair of handy brakes so that the whole thing doesn’t flip when trying to round a corner into nearly unbelievable territory. But that’s just par for the course when you’re trying to one-up the likes of Turbulence and Con Air, and even if it doesn’t quite come close to that same level of thrill, it’s still a very entertaining try.