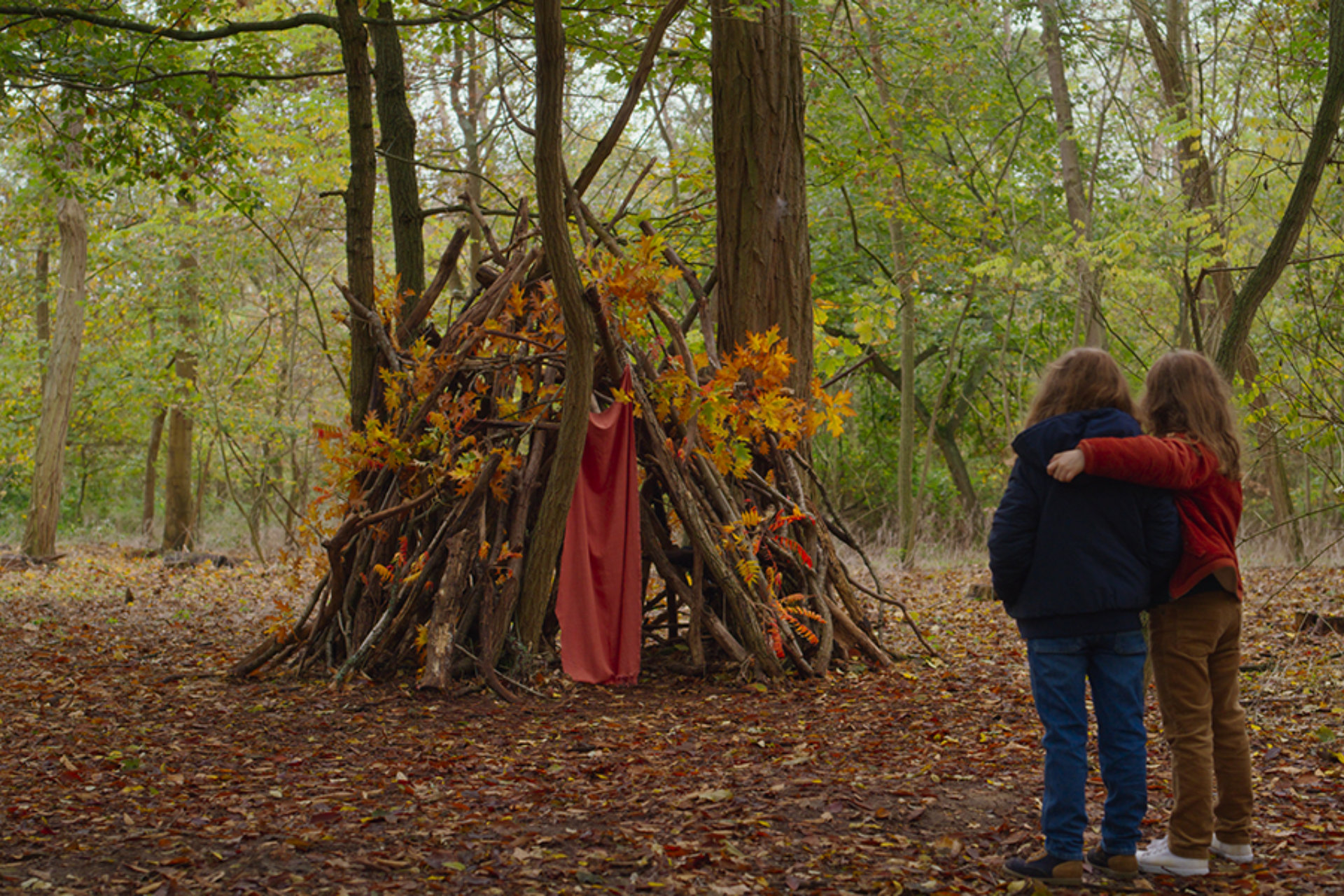 Céline Sciamma’s Petite Maman is likely to appeal specifically to three groups: Arthouse-minded audiences who couldn’t get enough of Portrait of a Lady on Fire when it dropped, pre-COVID, like a neutron bomb on that community; hipster parents, looking to educate their older tweens about the wonders of a cinema that doesn’t involve product placement or “shared universe” incentivization; and middle-and-high-school French teachers, who will most likely use its relative simplicity language-wise and short length to help their pupils figure out the tenor of conversational French. That second category feels to me to be the most important, given that Portrait’s status as a modern classic is well-cemented (it’s in the Criterion Collection, after all), and French teachers have a bevy of choices that they can use that run the gambit of cinematic styles, and can tailor them to their classes’ specific needs. But like The Red Balloon or The White Mare, Petite Maman is a simple fable meant to hone in on a child’s experience of grief and, additionally, their first brush with a kind of extra-personal empathy that they, in all likelihood, will have to reckon with at some point, though I do wonder if it’s at the specific moment that the film depicts. It is a well-made and often beautiful film, and its wonderful runtime — a scant 70 minutes — means that it can be quickly consumed and digested in the time it would take someone to watch a quarter of The Snyder Cut.

Why, then, am I left so cold by Petite Maman, which, by most accounts, should be the kind of emotionally devastating film that should have had me sobbing for the years of my misspent youth? I’ve spent over a week pondering this question, and I still don’t have any easy answers, though I do have a few ideas. The first is how Sciamma portrays Nelly (Josephine Sanz, who delivers an excellent performance in odd circumstances), her lead, a French girl who has recently lost her grandmother. Her family is busy cleaning out her mother’s house in the woods, and her own mother (Nina Meurisse), devastated by the impact, leaves her husband (Stéphane Varupenne) and Nelly back at the house to head into the city for a few days. While she’s gone, Nelly heads into the woods and begins to wander around like children do, until she stumbles across a young girl attempting to make a little house in the woods. Her name is Marion (Gabrielle Sanz, Josephine’s twin by blood and by talent), and it turns out that, yes, she is Nelly’s mother, right when she was her age. The pair hang out and become great friends, traveling together between their two time periods and having a good time: cooking dinner together, staging small plays, and just enjoying each other’s company before it inevitably ends.

Now, this is a great concept for a film and it’s one that has been done a number of times in the past on more specific grounds — think, for instance, Frequency, as weird as that is — but Sciamma’s approach is imbued with the same kind of rigidity that defined Portrait, which gives her actors very little to work with beyond a kind of calm flatness. I joked with a friend that she’s never met a master shot she didn’t like, but it feels somewhat true: Her style here is a kind of observational that makes her characters feel like hamsters in a glass enclosure, and viewers like me, excited like children walking into their local pet store, disappointed to discover that they’re all asleep in there, or holding that thousand-yard-stare that store-bought rodents often have, suggesting that the Hamster Dance version of “Fortunate Son” is playing in their brains as they recollect on the darkest moments of their wars with the rats over in the next cages. It all feels so prepared and falsely constructed, which is made even more bizarre by the little moments of humanity that emerge from Sciamma’s leads every now and then, such as the scene in which Nelly and Marion cook crepes and the director just sat back and let the pair do as sisters do and goof around. It’s almost jarringly out of place with the rest of the film’s style and conceit and unfortunately suggests that these characters could have been more alive, had she simply just let up a little bit on her authorial grip on them.

That same falseness applies to the characters, as well, who are the kind of well-behaved and unmessy precocious children that adults love to write and direct and read and watch but rarely, if ever, encounter in real life. What Sciamma, I think, is trying to document here is the kind of mind-expanding empathy that causes one to realize that their parents, ultimately, are still the same 13-year-old that they were once, full of joy and sadness and struggle that one can’t really comprehend until they’ve lived through some of life itself and recognize some of their same deep-rooted fears and impulses as perpetually sticking around, unchanging no matter what we try to do. As much as we all enjoy snake metaphors, humans don’t really shed their skins: Rather, we accumulate a psychological carbon like we’re at the bottom of a pipe bowl, and occasionally something scrapes us down to the briar, where we are forced to realize that we are, at heart, scared and sad children. Presented to us here in Petite Maman, this realization feels weirdly trite when placed in the experience of a child, as if Nelly and company are the young Christ strolling into the temple, looking to educate the rabbis on some scripture, a sort of forced adult realization on to these characters that doesn’t sync up totally with how a child might experience grief.

How would you respond, if you were 12 and someone claiming from the future offered you the chance to hear how your life would unfold, to the news that your mother would die when you were, say, 32? As a horribly anxious child, I would have cried my eyes out, and perhaps ran away screaming. I’m sure there are other people who can relate to how the ensemble here works out their grief, and I’m happy this film exists for them. But Petite Maman just feels too artificial in execution and forced in concept for me to have the kind of emotional response that I know Sciamma is trying to elicit from her viewer, and I really wish that weren’t the case.