Watch the armageddon-lite teaser for ‘Don’t Look Up’ 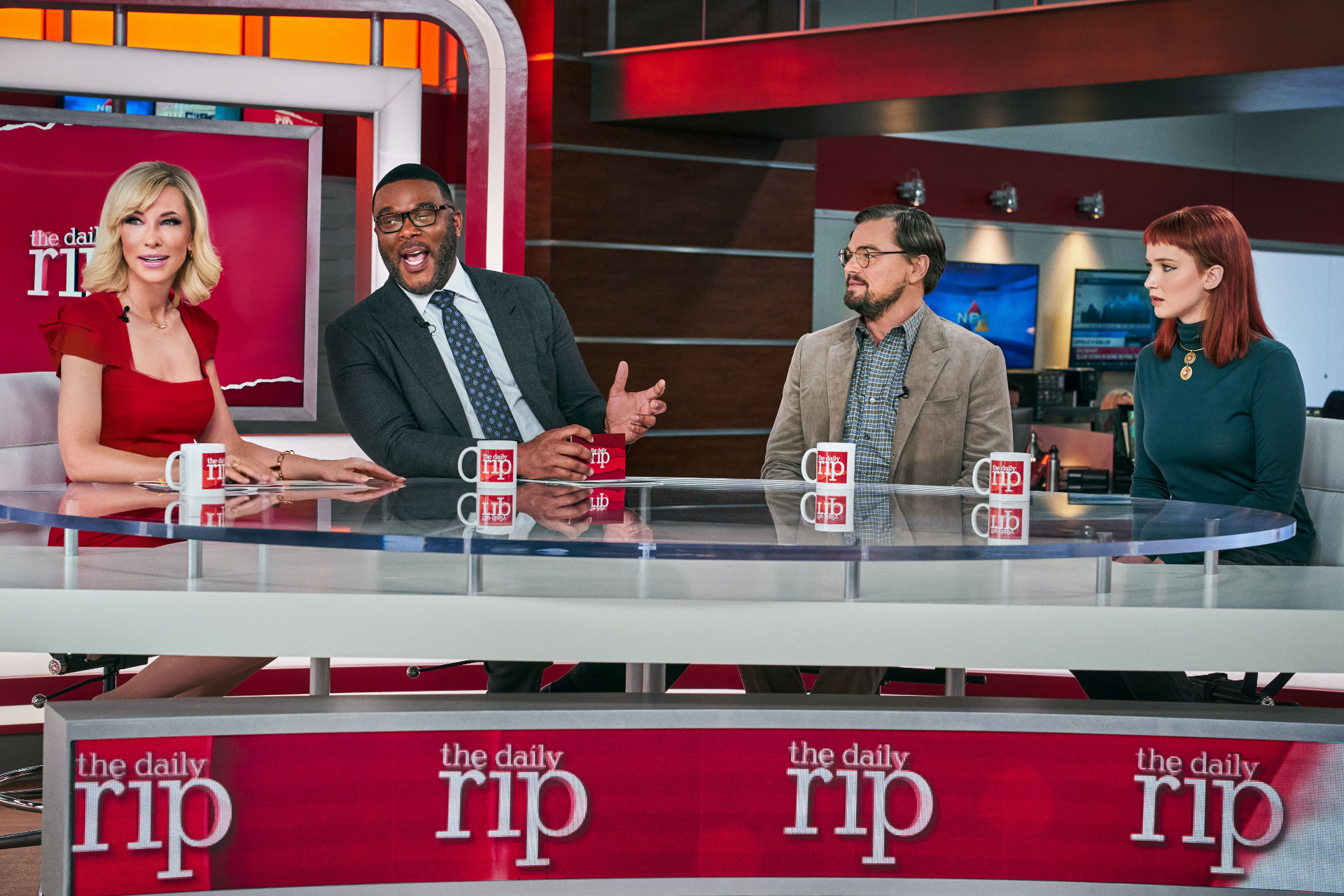 We can not even begin to stress to you how exhausted we already are by the very existence of Adam McKay’s Don’t Look Up, a star-studded “I told you so” comedy from cinema’s patronizer-in-chief about what happens when you don’t listen to scientists (we already suffered through one goddamn miserable movie about comets hitting Earth earlier in this year: Please, filmmakers, stop with this particular metaphor). Perhaps we’d be more stoked on the project had McKay not directed Vice, a truly dreadful film, as his last project, or if we hadn’t been dealing with the consequences of a similar real-life situation for the past year and two bits. However, we can safely say one thing about the movie based on the teaser that Netflix dropped for it earlier on Wednesday: It looks very, very expensive.

Peep it (or, don’t. In fact, if you’d like to continue having a good day, maybe don’t watch this trailer):

“Kate Dibiasky (Jennifer Lawrence), an astronomy grad student, and her professor Dr. Randall Mindy (Leonardo DiCaprio) make an astounding discovery of a comet orbiting within the solar system. The problem — it’s on a direct collision course with Earth. The other problem? No one really seems to care. Turns out warning mankind about a planet-killer the size of Mount Everest is an inconvenient fact to navigate. With the help of Dr. Oglethorpe (Rob Morgan), Kate and Randall embark on a media tour that takes them from the office of an indifferent President Orlean (Meryl Streep) and her sycophantic son and Chief of Staff, Jason (Jonah Hill), to the airwaves of The Daily Rip, an upbeat morning show hosted by Brie (Cate Blanchett) and Jack (Tyler Perry). With only six months until the comet makes impact, managing the 24-hour news cycle and gaining the attention of the social media obsessed public before it’s too late proves shockingly comical — what will it take to get the world to just look up?!“

Don’t Look Up will crash into theaters on December 10, only for the fallout to spread to Netflix streaming on December 24, perfect for apocalyptic Christmastime viewing with the family if you really want to fuck up your ham-and-turkey dinner. Quick question before we go do better things with our time: at what point do you think McKay and company gave up on calling the movie The Sky is Falling?