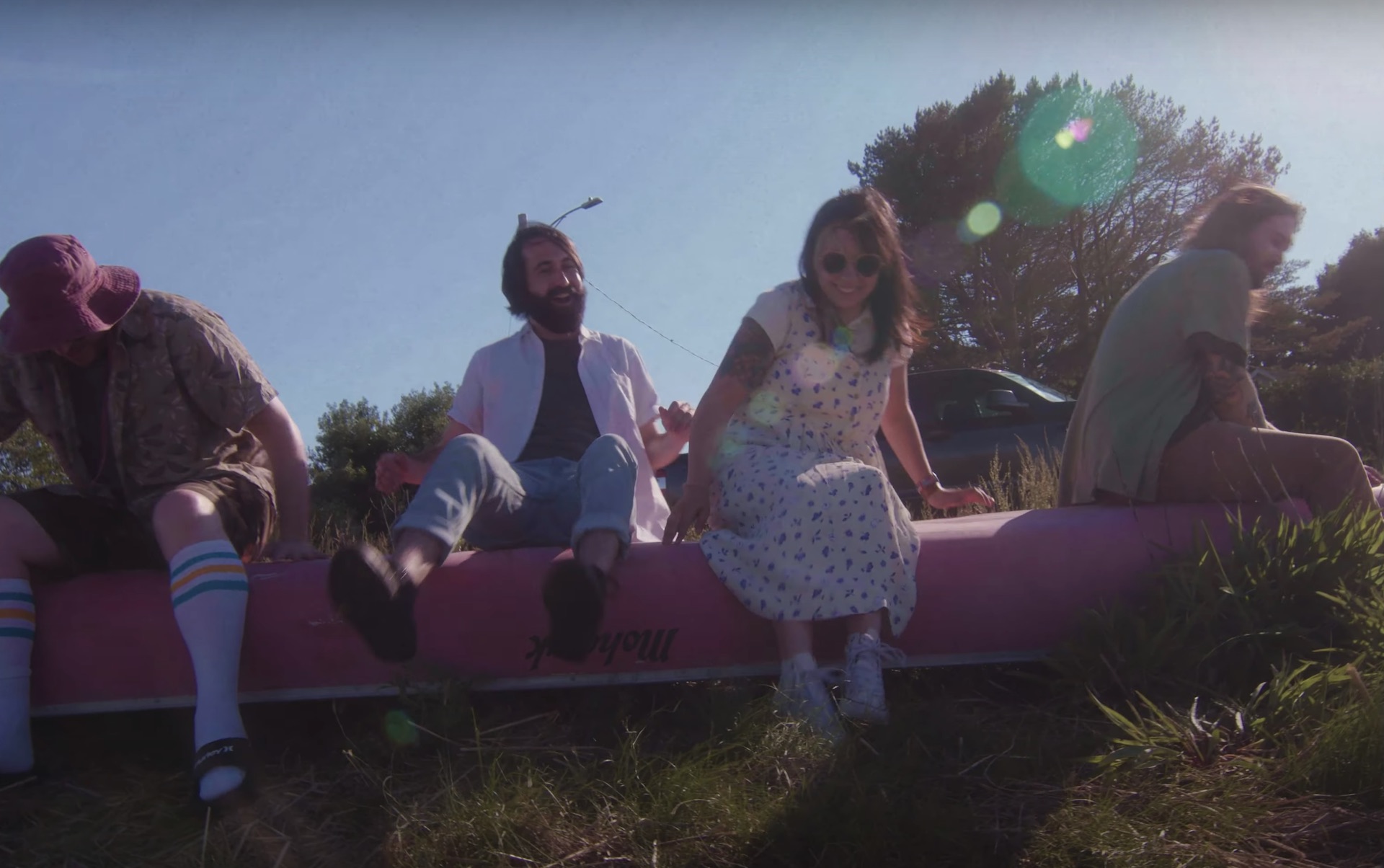 Like many of us out there just trying to get by, Kitner doesn’t want to wait for our lives to be over, and want to know right now what will it be. And this week, what it be is in fact the Boston emo band’s awesome new video for “Junebug,” which acts out the Dawson’s Creek fantasy we’ve all been aching for ever since Paula Cole whispered sweet opening-credit nothings into our ears so many years ago.

Kitner dropped the video just in time for summer’s annual fade. But like the show it mimics, the memories should last a lifetime — just set your coordinates to “Kitner Creek,” with Relief Map Records, who release Kitner’s forthcoming debut album Shake The Spins on October 1, guiding the way.

‘”Kitner Creek’ came together over the course of a week in the best and brightest parts of New England,” the band tells chorus.fm. “The warm and fuzzy ‘before times’ gig was filmed at Big Nice Studios in Rhode Island on a 100-plus degree day (thanks to owner Brad Krieger for the use of the space and the ice pops!) The meta ‘music video brainstorm Zoom’ scene, and James going into the TV, were filmed at Brianne and James’s house in Merrimack Valley. The scenes of the band frolicking in and around the beach were filmed on Old Orchard Beach in Maine, which gave us the Dawson’s Creek-style vibes we were aiming for with director Cait Brown and DP Chris Tremblay.”

Kitner add: “We hope the video gives you the same sense of nostalgia, friendship, and fun that the song ‘Junebug’ evokes, and that the fun we had making this video with new friends and old shines through your screen.”

We’ll always choose yes over sorry. Be our Pacey and watch the “Junebug” video below.